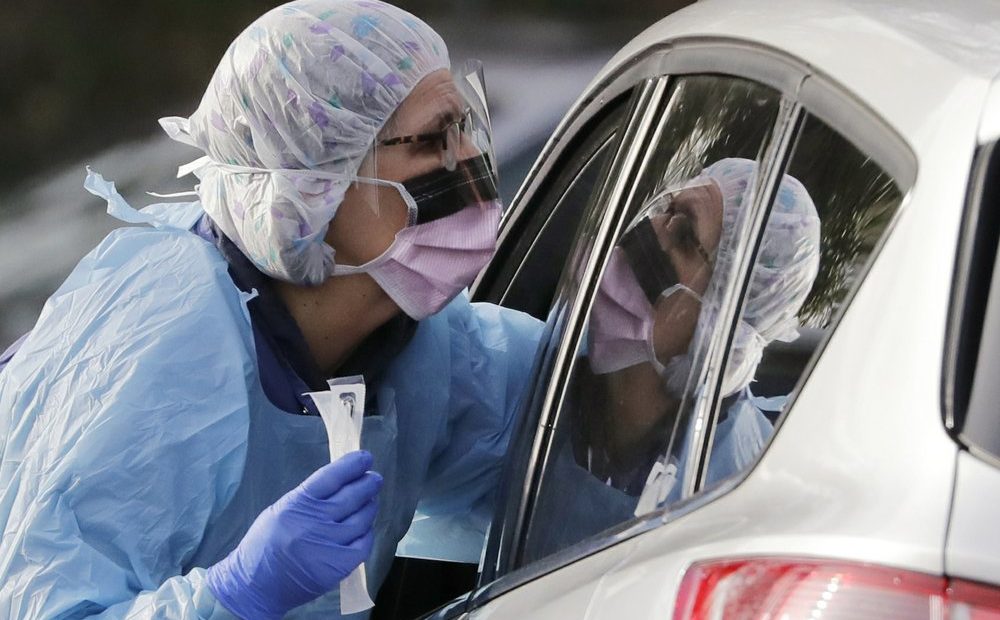 As the state of Washington’s epidemiologist for communicable diseases, Dr. Scott Lindquist’s job is to study and try to control the spread of disease.

But these days he’s operating more like a logistics officer in the military. His phone is blowing up with calls from local public health officials on the frontlines of the battle against coronavirus. They’re asking for help in procuring the personal protective equipment (PPE) that healthcare workers need to test and treat patients.

But when Dr. Lindquist checks with the state warehouse where this equipment is stored, the answer back often is “we’re completely out.”

The situation is so desperate in some nursing homes, said Dr. Lindquist, that he’s hearing staff are wearing bandanas instead of the recommended N95 masks, of which there is also a shortage.

“This is all really disturbing information to me,” Lindquist said in an interview with the Northwest News Network on Saturday.

On Saturday, Dr. Lindquist was taking some comfort in the news that the state of Washington is scheduled to receive two more shipments of supplies this weekend from the Strategic National Stockpile (SNS). On Saturday afternoon, the Washington Department of Health (DOH) confirmed one of those shipments had arrived.

“We’re not clear what’s in that,” said Lindquist, who added that the state has been getting about 25 percent of the supplies it’s requesting from the federal government.

In addition to the two shipments, Dr. Lindquist said he was “pleasantly surprised to hear” that Home Depot is sending the state a shipment of PPE, and that the state has been allowed to order more than one million N95 masks from a private manufacturer.

Such are the times that Dr. Lindquist is just happy to be getting anything – even though he doesn’t know how much the state’s getting or whether the state warehouse will be empty again in a few days.

As fast as the shipments arrive,  Dr. Lindquist said, the equipment is loaded back into trucks for distribution across the state to fulfill requests from local public health officials. 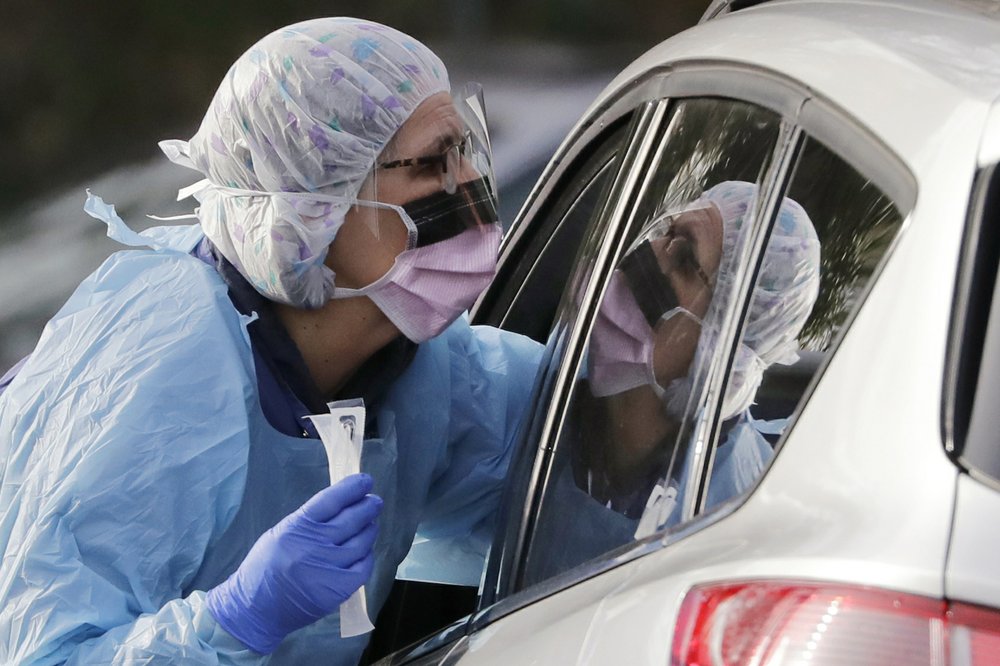 Laurie Kuypers, a registered nurse, reaches into a car to take a swab from a patient at a drive-through COVID-19 coronavirus testing station for University of Washington Medicine. CREDIT: Elaine Thompson/AP

It’s not just PPE that’s in short supply. So are the long, narrow Q-tip like swaps that are needed to test for COVID-19 and the liquid vials the swabs go in for transport to the labs.

Dr. Lindquist said the state has sufficient lab testing capability at this point, but the lack of equipment in doctor’s offices and clinics to do the tests is creating a “bottleneck” that’s preventing more widespread screening for coronavirus.

For example, on Friday, Dr. Lindquist had to scramble to locate 15 COVID-19 testing kits for rural Clallam County on Washington’s northwest coast.

“It’s all these counties that are having these requests that aren’t getting fulfilled is really our big challenge right now,” he said.

The lack of testing capability is stressful for doctors and for patients with symptoms, but it’s also a barrier to epidemiologists being able to get an accurate picture of how many people are infected with the virus in Washington.

“The widespread testing is something we are still being stymied by, the bottleneck of course being the lack of PPE and the lack of these supplies for doing lab testing,” Lindquist said.

Efforts are underway to expand access to testing. That includes opening more drive-through testing locations around the state. But no timeline has been provided by the state.

On Saturday, Providence Health and Services opened its first such testing site in Thurston County. The location is a parking lot behind an urgent care clinic in Lacey, near Olympia.

Shortly after the site opened at 10:30 a.m., healthcare workers in protective gear were seen approaching drivers to gather information and then allowing one or two at a time to drive up to the testing tents.

During the first few hours the location was open, only six or seven cars were lined up at a time. That was in stark contrast to images from other states of cars lined up for blocks as their drivers waited to be screened and tested.

In an announcement on Facebook, Providence said the testing was reserved for high-risk patients exhibiting symptoms. That includes those 65 and older, people with underlying health conditions like asthma or diabetes and pregnant or breast feeding mothers. Providence said the “worried well” would be turned away with information on how to monitor their symptoms.

Across the country, governors are issuing stay-at-home orders and hospitals are beginning to show signs of strain – especially in New York. So far in Washington, while the number of confirmed cases and deaths is steadily increasing daily — with 269 more cases reported Saturday with an additional 11 deaths — Dr. Lindquist said he is not seeing a spike in hospitalizations. But he’s bracing for it.

“I definitely believe it is coming,” Lindquist said.

The looming concern is hospitals will be overwhelmed and that there will be a shortage of beds and ventilators for those who are critically ill – something that’s played out in hard-hit Italy.

Dr. Lindquist is awaiting new modeling, which he expects to get on Wednesday, that should give public health officials and hospitals a better sense of the trajectory of the coronavirus outbreak.

The data should show the projected number of COVID-19 cases in Washington and the projected number of hospitalizations. Dr. Lindquist said that will begin to tell public health officials, and the governor, whether the mitigation measures taken so far – limiting the size of gatherings, closing schools and shutting down bars, restaurants and other businesses – have had any effect in “dampening the curve.”

There are dire projections the United States is close on the heels of Italy in terms of experiencing a crippling outbreak that could overwhelm the medical system. So far, though, Dr. Lindquist is not seeing evidence of that happening in Washington state.

“I am not seeing heart stopping increases in deaths or in hospitalizations at this point,” Lindquist said.

But, he said, he’ll be watching the data closely.

Meanwhile Dr. Lindquist said he will continue to work on getting equipment and supplies to front line health care workers and increasing access to testing for people who want to be tested.

“Everybody’s in a really strange place right now,” he said. “I’ve never seen an outbreak like this, with these measures, and I think it’s very anxiety provoking for a lot of people and I feel bad for them.” 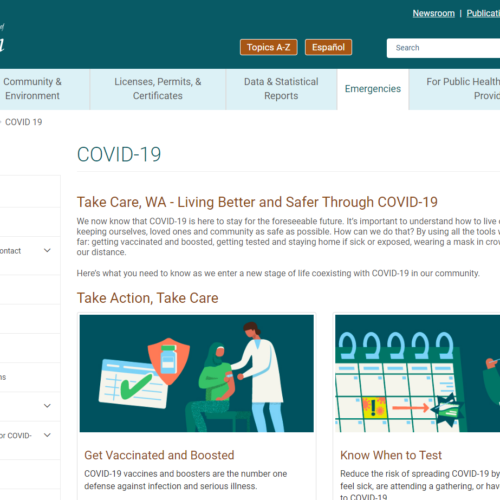 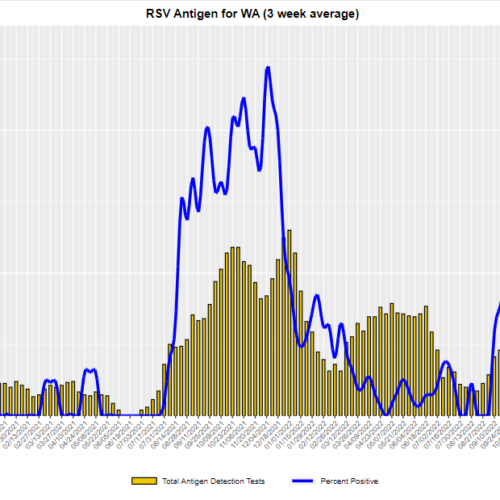 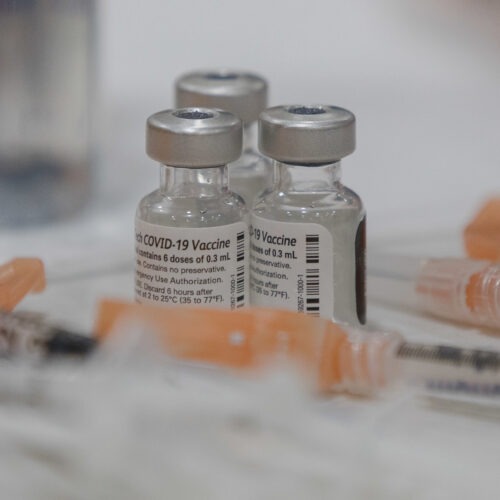