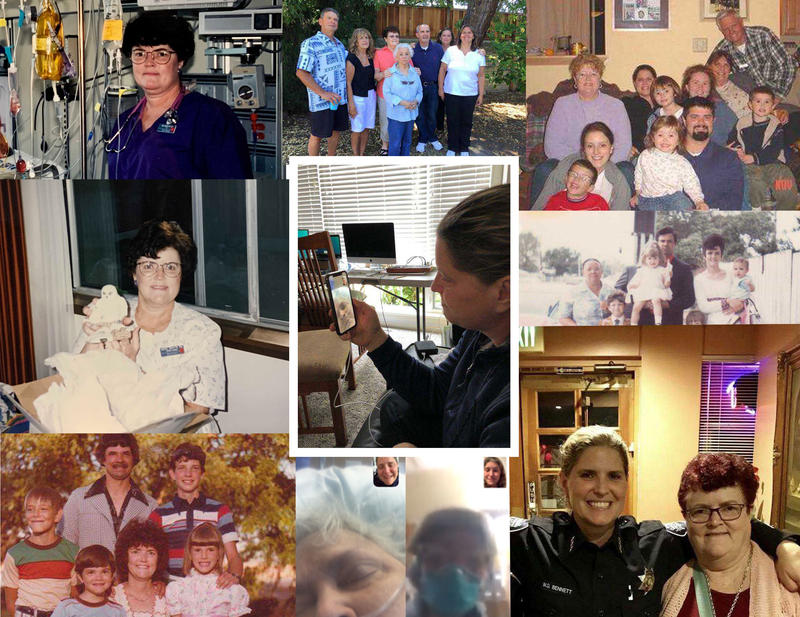 So two people in protective gear did what she couldn’t.

The first was a nurse at Swedish Issaquah, who suited up to connect mother to daughter one last time. Using FaceTime on her personal cellphone, the nurse allowed Bennett to grant the permission she believes her mom needed to let go.

“It’s OK to go, you can go,” Bennett recalled telling her mom, as the nurse holding the phone cried with her. “And an hour later, she left.”

The second was an employee at Issaquah Nursing & Rehabilitation Center, who suited up to retrieve Gann’s final resting garments: a beautiful burgundy dress, black shoes and a pearl necklace. Bennett couldn’t retrieve them herself from the contaminated room, where her mother spent her final days laughing with her roommate. 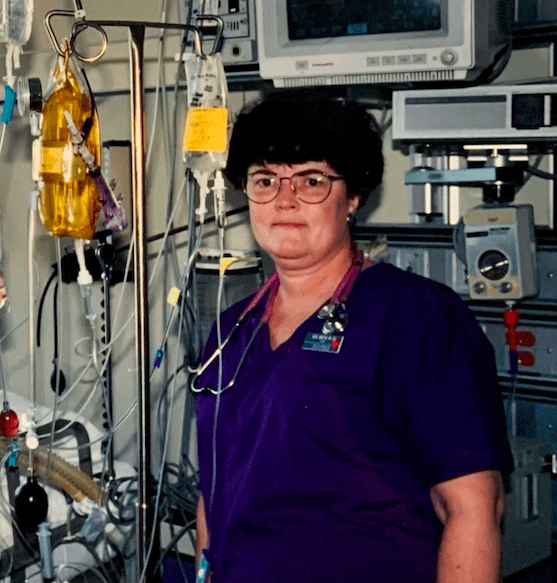 Carolann Gann during her career as a nurse in the Seattle area. Courtesy of Michelle Bennett

Gann was the 95th patient in King County to die from COVID-19. But her daughter says she’s more than a number. She’s a survivor.

“She had to overcome so much trauma,” Bennett said of her mother, who opened up about a lot in her final weeks. “She said, ‘I have a story to share, about resiliency, about overcoming difficulties.’”

Tragedy touched Gann’s life from the beginning. Police in Long Beach, California, found her crying over her mother’s body, shot to death by her father. She was 15 months old.

After she was adopted by a loving family, Gann survived repeated kidnapping attempts by the family of her biological father, who was sentenced to life in prison.

But Gann survived it all, and turned to helping people. She attended college part time while raising five kids, becoming a registered nurse — the beginning of a career that lasted 38 years. She earned her bachelor’s degree from the University of Washington Bothell in 1996.

The “whip smart” grandmother of 24 was known for her wicked sense of humor, up to her final days in the hospital.

Just two weeks earlier, she was self-quarantined in her room at the Issaquah nursing home, where the virus was spreading.

“I was shocked when she called me and said they were testing her,” Bennett said in an interview last week. Her mother usually stayed away from common areas, she added.

Gann suffered from COPD and early stages of congestive heart failure. Once, she was found unresponsive from a lack of oxygen. It’s an incident that prompted her move to the nursing facility. 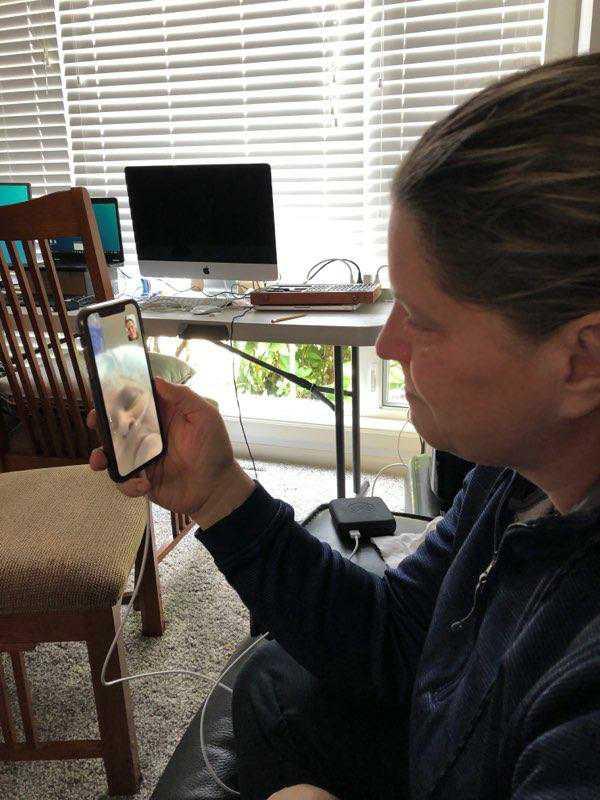 Michelle Bennett talks to her mom via FaceTime, on a nurse’s personal cellphone, in the final hours of her life, less than two weeks after testing positive for COVID-19. Courtesy of Michelle Bennett

When Gann tested positive for COVID-19 on March 16, Bennett says she lost it.

“I actually drove to the nursing home, keeping a distance, just to catch a glimpse of my mom in the parking lot,” Bennett said of the day her mother was transported to Swedish. “Unfortunately, I just missed her.”

Two days after Gann was hospitalized, the emergency room doctor told Bennett her mother had a 10 percent chance of survival. So, Bennett considered it “an incredible miracle” when Gann called her the next day: “It was such an amazing relief.”

But the deadly respiratory disease comes in waves. In the days that followed, the severe symptoms hit: delirium, agitation, slowed breathing. “Fighting in her own way for her life,” Bennett recalled, “pulling out her IVs and not wanting to be touched or treated.”

Nine days after entering the hospital, Gann slipped away. The nurse who connected mother to daughter held Gann’s hand and stroked her hair.

“These nurses, this health care staff, they have to endure this pain, as well,” Bennett said, fighting back tears. “They’re the last conduit of life.”

Gann will be buried this week in the burgundy dress, with some of her most cherished possessions — among them a teddy bear she received from her biological cousin and a blanket covered in pictures of her grandchildren. Because her mother’s room at the nursing home is still considered contaminated, Bennett had to handle her mother’s belongings with gloves and sanitize them in her East Renton Highlands garage, before delivering them to Floral Hills Funeral Home in Lynnwood.

Bennett still doesn’t know if she and her four siblings will be allowed to stand six feet apart and watch as their mother’s remains are laid to rest this week. And she doesn’t know if she’ll be able to find details about her preferred song or Bible verse, hidden somewhere in her room at the nursing home.

But Bennett is grateful that people will know her mother’s story, beyond the label “King County COVID-19 death No. 95.”

And she’s hopeful she’ll have the opportunity to hug those nurses — she only knows their first names, Tatyana and Janine — who are back at work, comforting someone else’s mom.

“Those are the heroes of this tragedy.”

UPDATE, April 4: Bennett has started a crowdfunding campaign to raise money for nurses at King County hospitals. She says she wants to honor people helping families like hers, and also honor the profession her mother was a part of for 38 years.