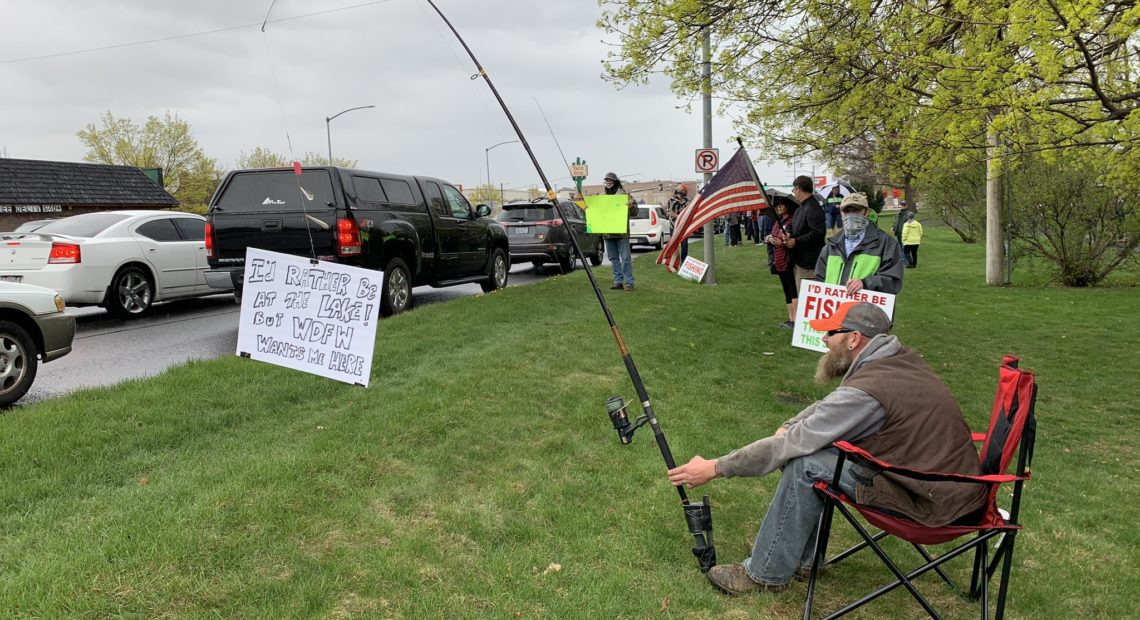 Protesters took to the streets and parks in Spokane Wednesday in two events to push back against statewide stay-home measures.

Like most other cities in the country under stay-home orders, the city core has been pretty quiet for weeks. Except for one corner by city hall, which was turned into a de-facto campaign event for Tim Eyman Wednesday afternoon.

That’s what it looked like as the Republican candidate for governor smiled and handed out stickers and signs with his name.

This downtown protest with about 50 people was billed as one against Gov. Jay Inslee’s efforts to stem coronavirus.

Later in the day, the “Let Us Fish” rally drew a similar-sized crowd in Spokane’s Franklin Park. The mood was less political, as anglers hung signs off their rods as cars drove by. 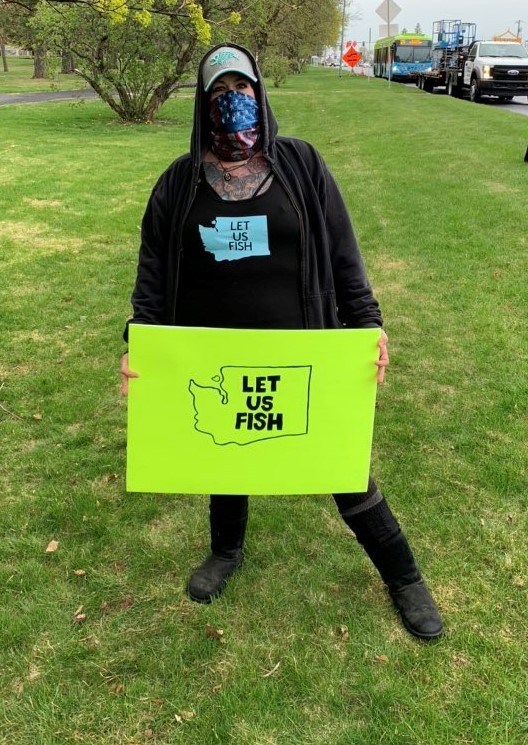 Terah Altman says she lives off grid and depends on fishing for much of her food. She supports social distancing and health safety measures but thinks the fishing ban is “unacceptable.” CREDIT: Nick Deshais/N3

It piggybacked on a similar event in the Tri-Cities last weekend, with people demonstrating against Washington being the only state with an outright ban on recreational fishing.

Terah Altman says she organized the Spokane event because by the end of the year she needs 30% of her freezer to be fish.

“I live off grid, and I can’t fish for my food, Altman said. “It’s unacceptable.”

She believes the virus is real, and says she practices social distancing at her job at a grocery store in Stevens County. But she thinks the fishing ban is “absolutely absurd.”

Mark Brown agrees. He’s 71, but he’s not worried about getting sick.

“There’s a bug in the air. Am I worried about getting it? No. I’m doing my social distancing, like everybody’s supposed to be doing,” Brown said. “I’m not concerned I’m going to get it. I’m healthy, even though I’m in the age bracket that says you’re going to be the most susceptible. I’m not. I’m healthy.”

“There’s nothing more isolated than being in a boat by yourself in a big body of water. That’s social distancing,” Brown said.

In a Tuesday evening speech, Inslee signaled that restrictions on outdoor recreation lands could lift soon, but he did not provide specifics.

As the rain came down Wednesday, few attending seemed fazed and hunkered down with their rods in the air, miles from any body of water.

A similar demonstration is planned for Saturday, April 25 in Wenatchee. 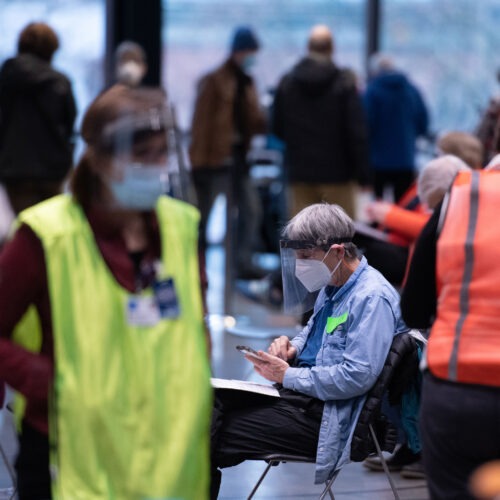