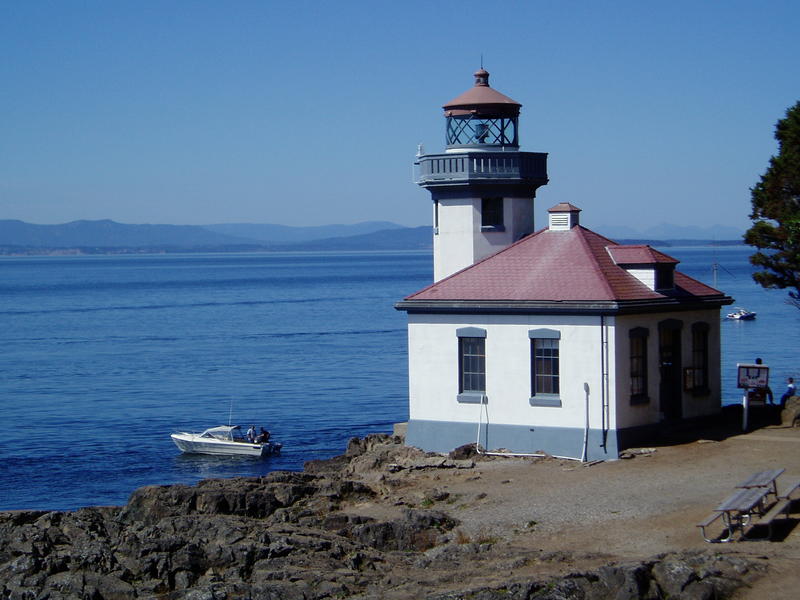 Locals Only, Please. Reopening Of Some Washington State Parks Greeted With Concern

Outdoor enthusiasts in Washington may be looking forward to the reopening of many shuttered state parks and public lands next week. But a few of Washington’s most popular state parks could stay closed because the surrounding communities are worried about crowds and renewed disease spread.

Washington’s Pacific Coast, the Columbia River Gorge and the San Juan Islands are home to some of the jewels of the state park system — think Beacon Rock, Cape Disappointment and Mount Constitution, the latter in Moran State Park. Earlier this week, the Washington State Parks and Recreation Commission said it would listen to community concerns as it finalizes its list of which parks to reopen on May 5 for day use.

San Juan County Councilmember Bill Watson expects the state parks in the islands to open next week, but said they should be for locals only.

“Our biggest concern is that we don’t want people to see this as an invitation to come out to the islands and to violate the governor’s order on non-essential travel,” Watson said in an interview Wednesday. “We have a vulnerable population out here because our average age is higher than the state’s overall.”

At this week’s county council meeting, Watson noted his county has been mostly spared during the coronavirus outbreak.

“We’ve been managing it within our capacity to date,” Watson said. “But if we got any significant surge of COVID as a result of an influx from outside of the county, it could potentially really challenge our health care system here.”

Non-essential travel to the San Juan Islands is currently prohibited by order of the county health officer. On Tuesday, the county council voted unanimously to extend to May 30 a temporary ban on vacation rentals and overnight stays by tourists. The lodging restrictions could be modified depending on how Gov. Jay Inslee approaches a likely extension of the statewide stay-at-home order, which currently expires on May 4. The governor is expected to provide details in a speech on Friday.

In the scenic Columbia River Gorge, Skamania County Commission Chair Bob Hamlin shares the concern about getting overwhelmed by a flood of city dwellers itching to reacquaint themselves with the great outdoors. After sitting in on many multi-jurisdictional meetings to coordinate the relaxation of restrictions, Hamlin said he expects the reopening of Columbia Gorge recreation sites to unfold “at a reasonable pace.”

“We’re going to dial it up slowly,” Hamlin said in an interview. “The public will still be able to come out and go to the areas that have been underutilized, kind of undiscovered and a little more off the beaten path — and not the highest use, most popular sites.”

High-traffic parks and trails, such as Beacon Rock and Dog Mountain in his county, should stay closed “for the foreseeable future” to discourage crowding and maintain social distancing, Hamlin said.

Just over a month ago, Pacific County, Washington, and nearby beach towns in Clatsop County, Oregon, posted emergency orders to close ocean beach approaches and tourist lodgings until further notice. This happened a day or two before the state parks also closed.

Pacific County Commission Chair Frank Wolfe said local opinions about reopening the area’s state parks, and the beach approaches as well, are all over the map. He said what may reopen on the coast next week remains undecided.

Pacific County succeeded in keeping the coronavirus at bay for much longer than nearly every other place in Washington. As of Wednesday, it had recorded only four positive COVID-19 tests and no deaths.

“We aren’t at a place where we’re ready to share details about the parks that won’t open on May 5,” said state parks spokeswoman Anna Gill by email Tuesday. Gill said the list may come out late in the week.

On Monday, Gov. Inlsee said that state parks and other state lands would reopen for day trips on May 5. During the same media briefing, he also announced the imminent resumption of recreational fishing, hunting and golfing. However, Inslee said that if the state sees an uptick in infections of the coronavirus or if people ignore health precautions while recreating, outdoor activities could once again be restricted.

Camping on public lands remains prohibited statewide because of the risk of coronavirus transmission during longer stays in shared spaces.

If you venture out onto public lands in May, public officials ask that you travel only with members of your immediate household, observe social distancing etiquette and pack out your trash. Be prepared for restrooms to be closed and bring your own hand sanitizer.