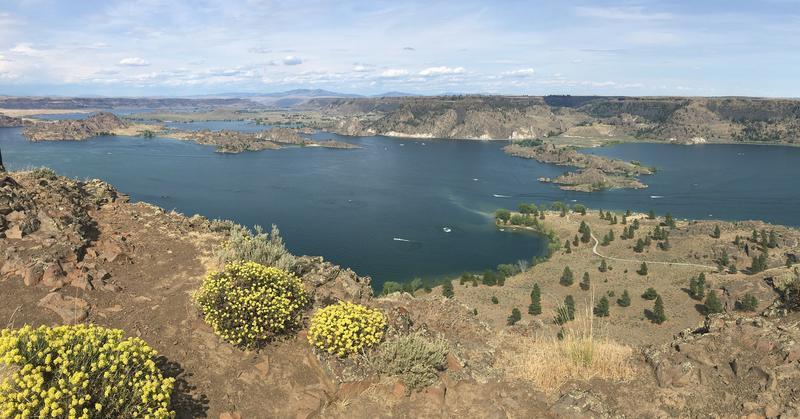 More than 100 Washington state parks made the cut to reopen for day use beginning Tuesday, but aficionados of Pacific Coast and Columbia River Gorge getaways will have to wait a while longer.

The Washington State Parks and Recreation Commission on Saturday published an eagerly awaited list of which state parks will reopen first and which will be kept closed until further notice in deference to the concerns of neighboring communities.

The great majority of Washington’s state parks will be included in the first phase of reopening, including icons such as Deception Pass, Palouse Falls, Steamboat Rock and Lake Sammamish state parks. State public lands were closed to entry during the final week of March as part of Gov. Jay Inslee’s stay-at-home order to slow the spread of the new coronavirus. Inslee on Friday extended his “Stay Home, Stay Healthy” order, but carved out multiple sectors such as outdoor recreation that he said could safely restart with restrictions.

“Beaches and camping have been identified in Phase 2 of Gov. Inslee’s reopening plan,” wrote state parks spokeswoman Anna Gill in a news release Saturday. “Parks will coordinate with the governor’s office as we move toward that milestone.”

The Phase 2 that Gill referred to is not expected to arrive for at least three weeks.

“We’re working daily on plans to re-open some parks for daytime visits as soon as it’s safe to do it, but we don’t have dates yet,” Oregon State Parks tweeted at midweek. “It’ll all happen when we can meet health goals and our neighbor communities are ready.”

The 24 Washington state parks that will stay closed for the time being include all of the parks along the Pacific Ocean, in the Columbia River Gorge bordering Oregon, and a smattering of others where crowding is a concern including Wallace Falls and the Gardner Caves in Crawford State Park.

Here is the full list of Washington state parks that will open May 5 and those that will stay closed: parks.state.wa.us/1181/Parks-opening

Coastal counties in the Pacific Northwest have recorded few confirmed cases of COVID-19 and want to keep it that way in light of their limited health care capacity. Ocean Shores Mayor Crystal Dingler argued for delaying the restart of tourism and beach access in a recent letter to owners of closed businesses in her town.

“To open would be an invitation, and until the virus transmission rate is reduced elsewhere, we cannot allow people to come and possibly pass on their disease to our community,” Dingler wrote. “It is a matter of life and death.”

Similarly, in the Columbia River Gorge, Skamania County Commission Chair Bob Hamlin told public radio on Wednesday that local officials want a gradual reopening to avoid being overwhelmed by a flood of city dwellers itching to reacquaint themselves with the great outdoors. He said this will require further coordination between the U.S. Forest Service, the states of Oregon and Washington, and six counties, all of whom control separate parcels within the Columbia River Gorge National Scenic Area.

The desire to proceed in a bi-state, coordinated fashion keeps popular Washington state parks in the Gorge such as Beacon Rock, Doug’s Beach and Columbia Hills closed for longer.

State officials from the governor on down have repeatedly emphasized that outdoors enthusiasts should stick close to home during the first phase of reopening. San Juan County Councilmember Bill Watson phrased it as “locals only,” while acknowledging that rangers will not be checking IDs at park entrances.

Non-essential travel to the archipelago dotted with state parks is currently prohibited by order of the San Juan County health officer. On Wednesday, the county Board of Health voted to extend to May 31 a temporary ban on vacation rentals and overnight stays by tourists.

State parks managers are asking visitors to continue to practice social distancing when they return to the parks. Rangers will be watching for large groups congregating or lack of adherence to physical distancing protocols. Gov. Inslee said that if the state sees an uptick in infections of the coronavirus or if people ignore health precautions while recreating, outdoor activities could once again be restricted.

The state park system will also take steps to control crowds at some locations on the outskirts of Seattle by limiting parking at Lake Sammamish, Saint Edward and Dash Point state parks.

Overnight stays and camping on public lands remain prohibited statewide in Washington and Oregon because of the risk of coronavirus transmission during longer sojourns in shared spaces.

If you venture out onto public lands in May, public officials ask that you travel only with members of your immediate household, observe social distancing etiquette and pack out your trash. Be prepared for restrooms to be closed and bring your own hand sanitizer.