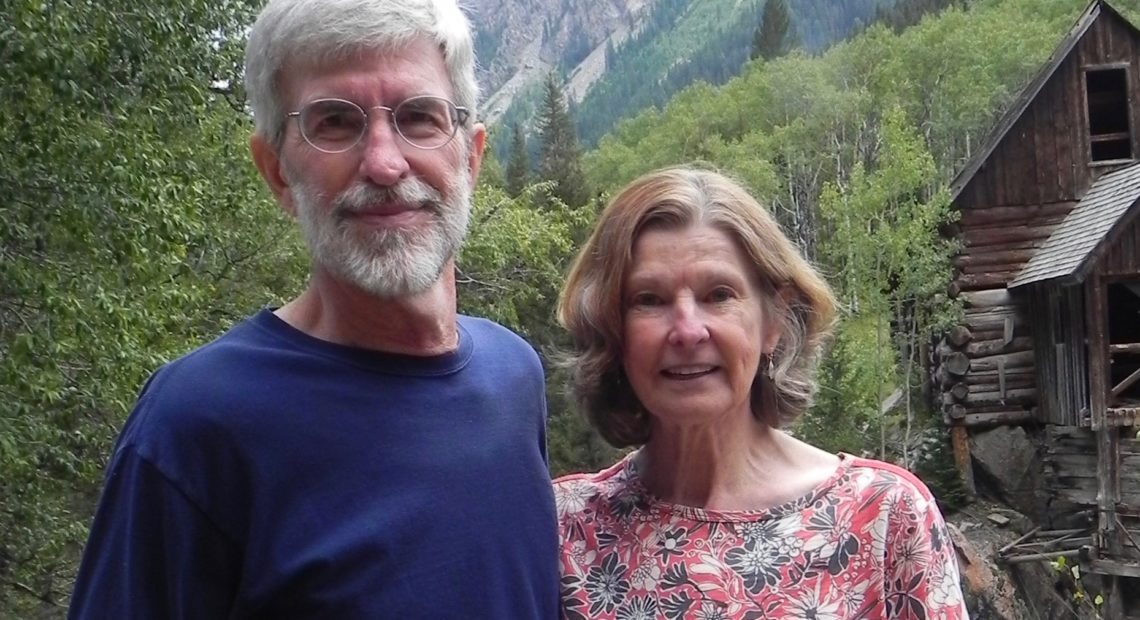 Mark Brucks’ and Susan Monahan’s neighborhood garden, which includes a plot Mark maintains for the local food bank. The participating families maintain safe distancing, but still can connect over working the ground, and growing food. Courtesy of Susan Monahan and Mark Brucks.

Mark Brucks and Susan Monahan have dedicated half an acre of their Walla Walla yard as a “neighborhood garden.” Recently all four participating families were out working their plots at the same time—a great way to keep distance and stay healthy and connected. This spring, one household, a family of eight put on a concert in the garden space. Susan and Mark still get thanks from other neighbors for the concert, saying, “Look what you’ve done!”

“All we did was create the space,” Susan said, adding it was the family, who wanted to give their mom a concert for her birthday, who did the rest. The music permeated the entire neighborhood. “It unified us in a time when we need to be unified,” said Susan.

Between the two, Susan and Mark have lived around the country, in small towns and large cities. After retiring from their work in Austin, they chose Walla Walla as home. That was 11 years ago. Now they are key players in sustaining Walla Walla: through volunteer work, philanthropy, and building community.

In addition to being sustaining members of NWPB, Susan has delved into many aspects of Walla Walla history, including her volunteer work with the Kirkman house. Mark is active with the Walla Walla Symphony and both Susan and Mark help with the annual Chamber Music Festival.

Susan’s recent study of the 1918 flu epidemic in Walla Walla is being published in the Walla Walla Union-Bulletin as a column series. She used local sources including diaries, and newspapers to tell the local story. The article doesn’t specifically point out parallels to the current pandemic, she said, but “the similarities are remarkable.”

“Walla Walla is a place that cares about its history,” Susan said, “and I’ve come to care about it, too.”
Currently she’s working on mapping businesses that existed in the late 1800s. She’s discovering interesting stories such as a Jamaican man who was welcomed to Walla Walla and where he set up a barber shop. 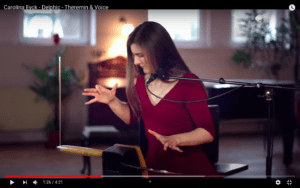 Carolina Eyck, an accomplished theremin player, performed with the Walla Walla Symphony in 2018 and sparked Mark Brucks’ interest in this unusual instrument that is played without touching it.

Among his musical interests, Mark has a rare instrument: a theremin. “I make noise on it when Susan’s not around,” they laugh as Mark describes it, since quarantine, “that’s rare now.”
“I’d like to share it with the community,” Mark said, “so people can get to play an instrument that nobody touches. These days, that’s a good thing—no need to sanitize anything!”

Music is an thoughtful endeavor for Mark. When listening to classical music, he thinks about the people who heard it as popular music, about their society and culture. For instance, when he was listening to a Praetorius piece on the radio: he was thinking how early music is very different (and appealing)—and he considered what was society like in the 1600s. “Music has been more powerful than I thought, and I’m trying to figure out why people like the music that they did,” Mark said. When it comes to pieces he’s really familiar with, then it’s simply enjoyment, Mark adds.
“Mark has a critical ear for it,” Susan says.

Mark listens to classical music on NWPB for hours every day, mostly while in his wood shop, while Susan wakes up with Morning Edition and spends her radio time with the news service. “I first discovered NPR 38 years ago in Eugene, when a friend was singing, ‘do do do do do-ti-do do,’ and I asked, ‘what are you singing?’ It was the All Things Considered theme song. And I remember that my mother was a big fan of Prairie Home Companion. Before I knew it, it was a really, really crucial part of my life. How could I have gone on without it?”

When asked what to listen to, Susan has thought, “is there any other station?” She lauds how NWPB helps her learn things, not just things that are happening, but stuff you couldn’t possibly know.

Sustaining is what Susan and Mark do for Walla Walla. Sustaining music, history and learning. When it comes to being sustaining members of NWPB, they say it’s part of the same thing.

So, they donate monthly, year after year, to NWPB. They like this method and use it when donating to other charities, too. “It helps the organizations plan. They know it’s coming,” says Susan. Mark adds that donating is very rewarding.

“We want to be part of the solution,” Mark says, and Susan adds, “if you have resources, you have to help.”