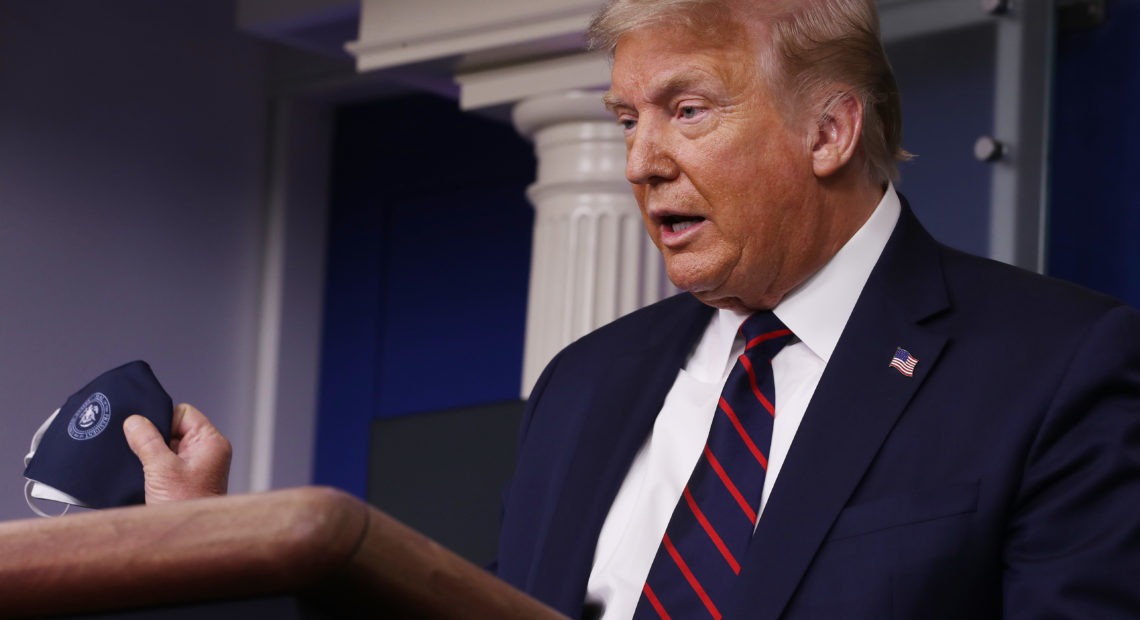 President Trump took to the White House briefing room on Tuesday to praise his administration’s response to the virus that has killed more than 140,000 Americans so far. In a reversal of his recent statements and tone, he acknowledged the severity of the pandemic and urged Americans to comply with preventative measures.

“It will likely unfortunately get worse before it gets better,” Trump said in uncharacteristically somber remarks, encouraging Americans to social distance, practice good hygiene and wear masks.

The president said his administration is in the process of developing a strategy for the coming months, including developing treatments and vaccines for COVID-19. 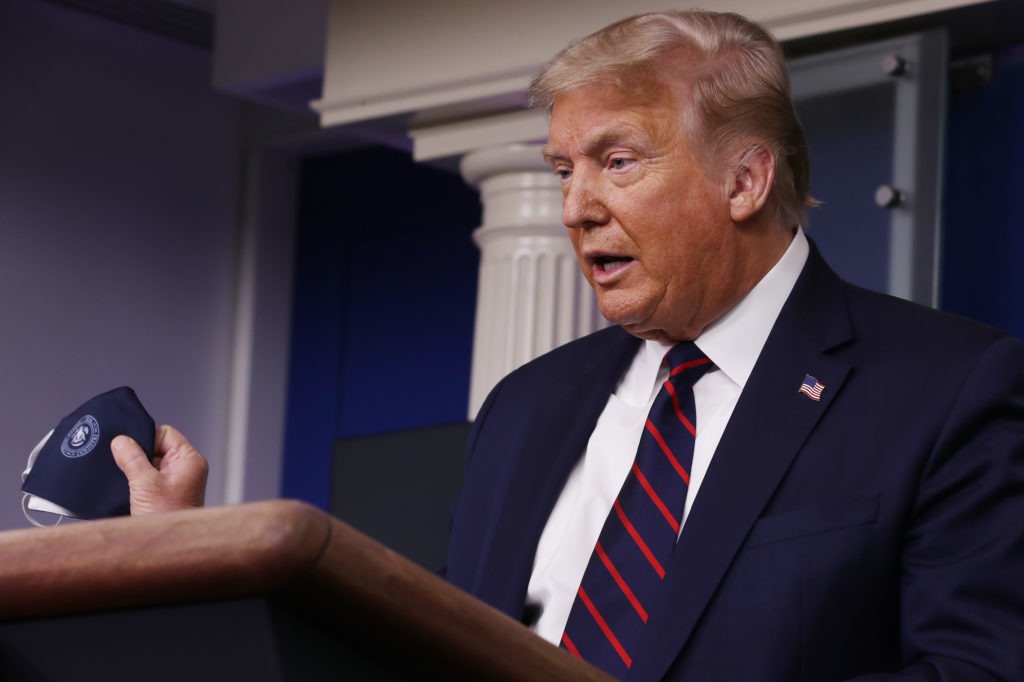 President Donald Trump holds up his face mask during a press conference at the White House on Tuesday.
CREDIT: Chip Somodevilla/Getty Images

Trump — who has mostly cast mask usage as a personal choice and declined to wear one himself — urged people to wear face masks, citing a spike of cases in the Sun Belt in recent weeks.

“Whether you like the mask or not, they have an impact,” he said.

Despite his insistence during his prepared remarks that American embrace widespread mask usage, during reporter questions, the president took a softer stance on them, saying without evidence: “In theory, you don’t need the mask,” but acknowledging that he was growing more comfortable with wearing them.

“The China virus is a vicious and dangerous illness, but we’ve learned a lot about it and who it targets,” he said.

Prior to the Tuesday briefing, Trump had turned his attention elsewhere, campaigning against Black Lives Matter protests and cancel culture. But Tuesday’s briefing comes amid the president’s sinking poll numbers, as the virus continues to ravage much of the country.

Trump’s return to the podium was initially understood to be a restart of the coronavirus taskforce briefings that had become staple during the early weeks of the pandemic. However, the event, which lasted about a half hour, did not include any expert voices from members of the pandemic response team, despite some concerns about Trump’s ability to accurately relay health guidance to the American people.

In the past iteration of the briefing, Trump had often overshadowed his administration’s health updates and at times provided false, dangerous information. In one such instance, Trump made the thoroughly debunked proposal that strong disinfectants injected into the body could be a viable treatment for coronavirus sufferers.

When asked Tuesday morning whether these sort of missteps suggested that perhaps Trump was not the best person to helm the daily briefings, White House press secretary Kayleigh McEnany defended her boss as a trailblazer through the global health crisis.

“And, boy, does he get the information to a lot of the American people, as noted by the ratings,” she added.