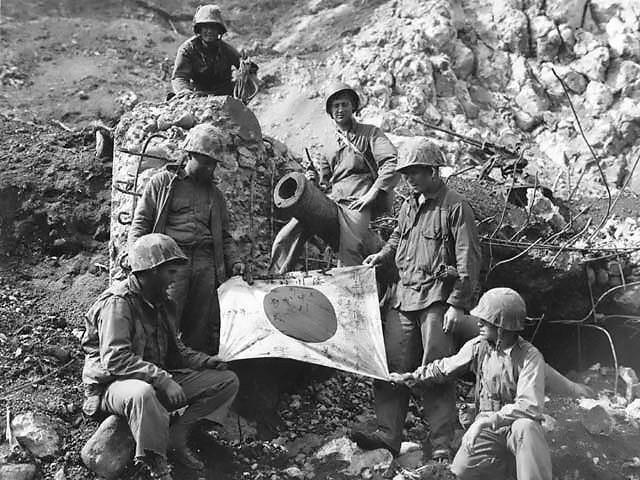 ‘Tidying Up The Past’: Pandemic House Cleanings Yield Offers To Return WWII Souvenirs

Now, aging veterans and their descendants are attempting to return memorabilia to the families of their former enemies ahead of a milestone anniversary. Next Wednesday, September 2, marks 75 years to the day since the Japanese surrender ceremony that ended World War II.

“We think people being stuck at home did a deeper spring cleaning than normal,” said Rex Ziak, who co-founded the Astoria, Oregon-based humanitarian nonprofit Obon Society with his wife Keiko. “They had time to open up the closets and the attics and dig through boxes they hadn’t seen for many years.”

Among the items rediscovered were war souvenirs that the current owners now want to give back. The Obon Society specializes in repatriating Japanese World War II flags and relics. Keiko Ziak said many American soldiers who fought in the Pacific during World War II brought home Japanese flags with calligraphy on them.

“Many Americans call this flag a ‘good luck flag.’ As a Japanese, we call it yosegaki hinomaru,” said Keiko Ziak.

The direct translation is “group-written flag.” Departing Japanese soldiers and sailors commonly received good luck flags bearing messages from friends to tuck into their uniforms. The writing on the white part of the flag surrounding the red disc provides clues to locate the original owner’s family home. 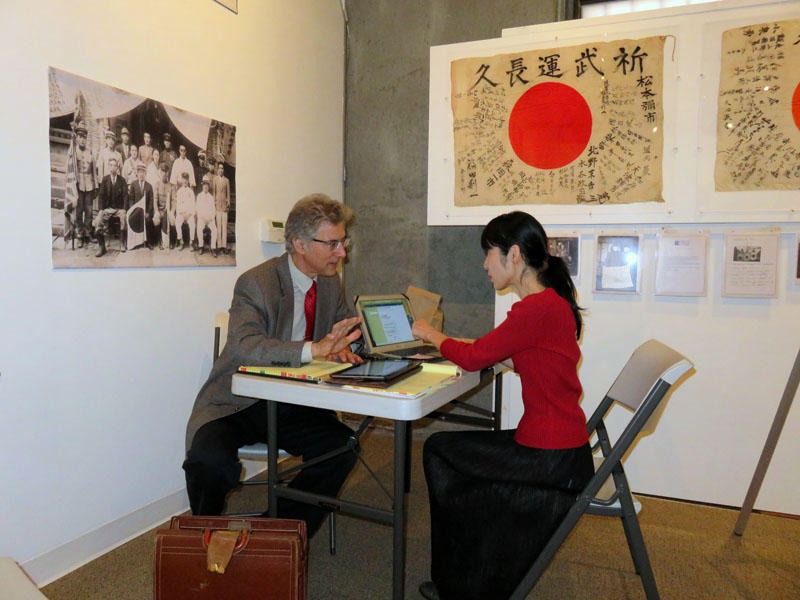 The Ziaks said the uptick in submissions of war souvenirs to return to Japan has mostly been small flags, but also includes a rifle and bayonet, several swords, a helmet, insignia, diaries and photo albums.

“Although they can’t read Japanese, they feel (it is) something important,” said Keiko Ziak in an interview.

“This springtime, throughout the summer and even now, people were not only tidying up their houses, they were tidying up our past history,” added Rex Ziak.

Greg Murphy of Portland, Oregon, knows this sentiment. He inherited a blood-stained Japanese flag when his father passed away in 1997. Murphy’s father James fought with the U.S. Army in the Philippines during World War II.

“I believe that’s where he got the flag,” Murphy said. “He didn’t talk much about it. He showed me it a couple times but really never got into the story about it.”

Before the pandemic, Murphy showed the WWII flag to some friends, a couple who are Japanese-American. They explained to him its significance.

“I realized then what that flag must have meant for somebody,” Murphy said. “It would be like someone here losing someone and getting their dog tags back.”

Murphy offered the flag to the Obon Society. The nonprofit, with help from research partners in Japan, was able to trace the name of the soldier who carried the flag into battle for the last time on New Year’s Eve in 1944. According to Japanese archival records, the soldier died in the West Caroline Islands, a scattering of small coral isles east of the Philippines. Research scholars then located living relatives in Aichi Prefecture, Japan.

A nephew of the fallen soldier got the flag back at a returning ceremony held in the Chita City mayor’s office last year. Greg Murphy received pictures and a thank you note.

“I was just overwhelmed,” said Murphy, who is retired from running a landscape maintenance business. “I mean after all these years, they finally get something back. I don’t know that we owe the Japanese people — I know they bombed us. But I think it’s just a closure and it’s a big thing to get the end of that era over with.”

The Obon Society’s Rex Ziak said the “new frontier” for the nonprofit comes from all kinds of museums getting in touch.

“We are being contacted more frequently now by museums asking us to review their collections and identify the personal family items so that they can return those to families in Japan,” Rex Ziak said. “They don’t want things in their collections that somebody’s mother touched. They don’t mind relics, but not personal items.”

The Obon Society returned its first flag to Japan in 2013. Last year, it processed 120 flags. Rex Ziak said they aspire to scale up donations to handle around 360 war items per year, or about one family heirloom going back to Japan every day.

The Ziaks said about 20% of the items submitted for return can be traced and connected to a suitable relative within two to four months. Another 20% might take six months to a year to figure out. The balance of the searches can go on for years.

“We have returned dozens of items already this year,” that were received from Americans during the early days of the pandemic, said Rex Ziak.

The Ziaks once anticipated that the upcoming commemoration of the formal end of World War II would be a bigger deal than it’s shaping up to be. Many planned events to remember the Japanese surrender on September 2, 1945, have been scaled back because of the pandemic. What was to be a major ceremony at Pearl Harbor, Hawaii, next Wednesday has been recently limited to local veterans only.

“I think that this has kind of been buried by other American history of the time — concern about the post office, or the election or a hurricane coming to Texas,” Rex Ziak said. “For us it is very significant, the 75th anniversary. We’ve targeted this time as a pivotal moment.” 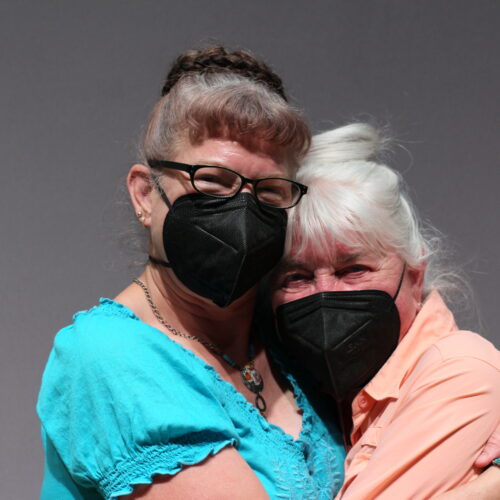