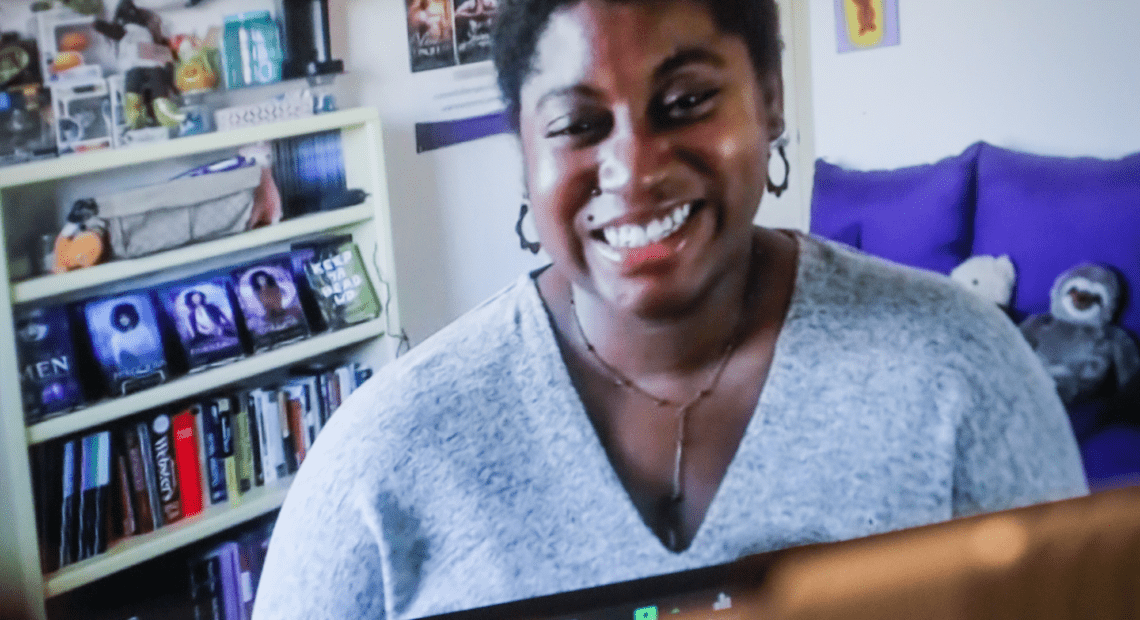 In this episode of Traverse Talks with Sueann Ramella, author Stella Williams shares how her love for reading at a young age drove her to write about stories that showcased characters that looked like her. They talk about everything from Williams’ background in anthropology, details of her new book, and her work with kids in juvenile detention. Listen to her episode below or stream Traverse Talks with Sueann Ramella, wherever you get your podcasts.

Ferocious (A Secret of Ceres Novel):

Sueann Ramella: Your latest series that you have is called Ferocious: A secret of Ceres. It’s a paranormal romance, private investigator, and a security force officer work together, sparks fly. Can you describe the world of Ceres‘ to us? 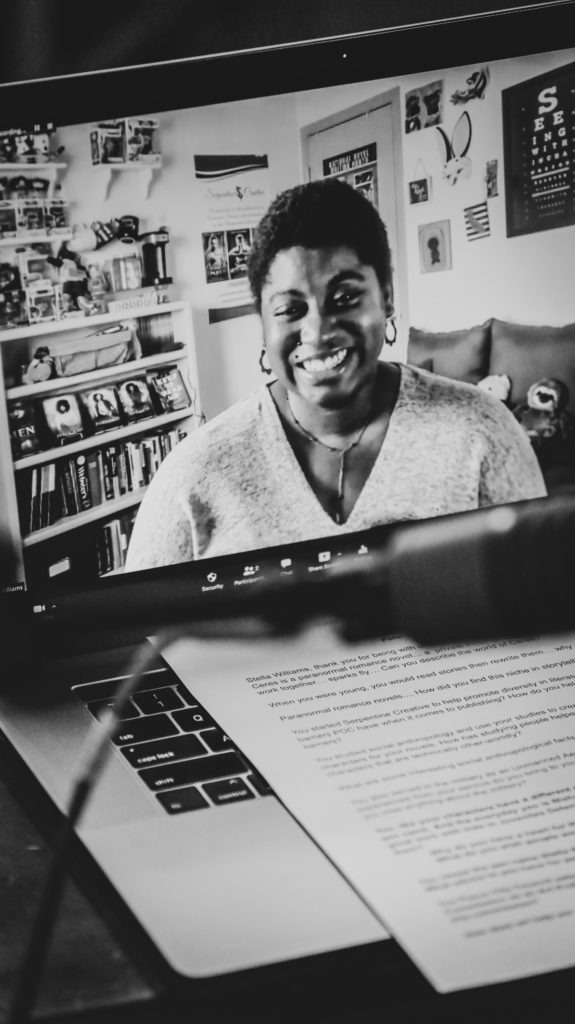 Stella Williams: So Ceres itself is this like magical sanctuary, kind of its own little bubble that lives outside of our current reality. So they kind of travel back and forth between their reality and this magical sanctuary and our day to day lives that we know in our real world.

Sueann: And there’s a young character that goes missing and so they have to look for her. What else can you tell us about the plot starting with the first one?

Stella: Well, the first book is like any first book, just an introduction to the world of Ceres and the aura, which is what I named the magical people. And in my head, it’s kind of like a parallel between the discrimination that minorities have in the real world with their own version of discrimination in the world of Ceres. It’s really hard not to give  spoilers for it (laughs), but basically it’s your standard romance of boy meets girl, girl and boy don’t really get along, but through trying to find a solution to the main problem, they realize that they actually are a perfect fit.

Using Anthropology Background to Create Diverse Worlds in Her Writing:

Sueann: You studied social anthropology and you use your background and your studies to create these diverse worlds. So how has studying people in history help you create these worlds that are technically other worldly?

Stella: One of the things about studying anthropology that you learn is that no one culture is the same. There are cultures out there that do sound other worldly, they have different social norms, different beliefs that might sound completely crazy to you, but makes perfect sense to them, you know? Being able to immerse yourself in that culture and open your mind up to it in order to study and understand, is really what you’re doing when you write fantasy. Well, at least for me. My characters talk to me, so I listened to them and I get cues based on my training with social anthropology about how their world is set up and what their social norms are. That’s what helps make my worlds so realistic because without that expertise and without that knowledge, I’d probably be forcing my own social norms and everything into these stories, which might not jibe with the theme of my characters.

Sueann: Hmm. Interesting. And what are some interesting anthropological facts or discoveries that turn you on? 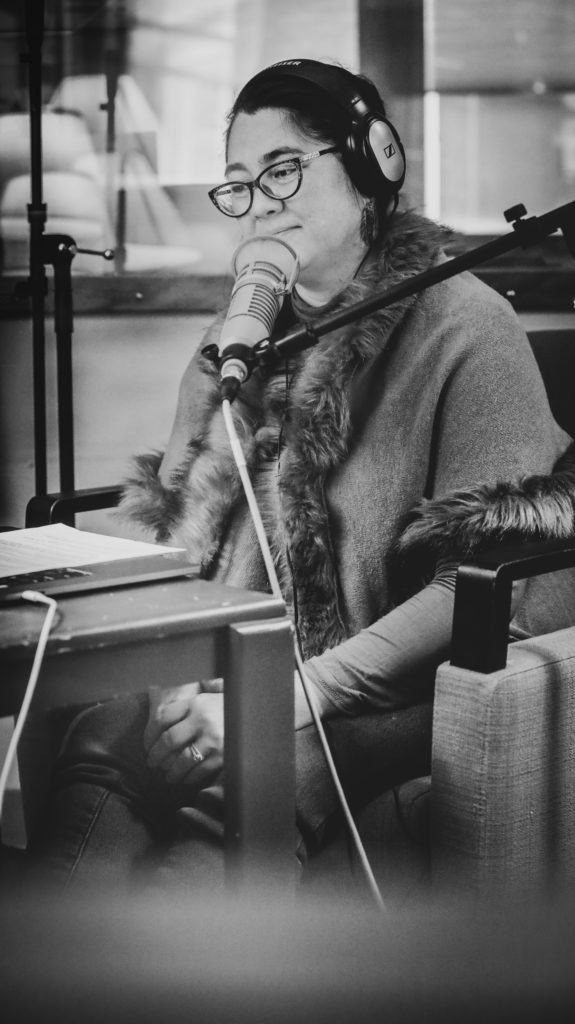 Stella:  Man, it’s been so long since I’ve been in the anthropology sphere. I do get my interest piqued whenever they’re like, “oh, a new tomb was discovered, or we finally figured out how they got this specific kind of dye in this time period,” and with my Secret of Ceres series, that’s very helpful because the sanctuary was created by different magic users from different Isles of magic and different parts of the world. So all of these histories are kind of mish-mashed together to create this new society and culture. So knowing that like tiny detail that, “oh, they did have this color of pigment,” so I can write that into my world of Ceres and it be realistic.

Her Work With Children in Juvenile Detention:

Sueann: I’m wondering how you started to have a heart for the kids in juvenile detention.

Stella: I have always been the type of person to get involved in volunteering and helping out in the community. My family has always been super active as teachers, city workers. So for me, every place I move I try to find my space, wherever that is, whoever needs the most help. It so happened, I ran into Jordan Cheney at a writer’s conference and he was like, “hey, you know, you’re pretty cool. I liked to have you come in and talk with some students I work with,” and it was supposed to just be like a one-off thing, but I went and I saw the possibilities and I just became invested and it’s kids. They’re just kids.

Stella: A lot of people forget that when they hear juvenile detention center, you know?

Sueann: Yeah. That’s quite a name. What do you wish people would understand about those kids?

Stella: That they are just kids. That they made mistakes. That they got mixed up with the wrong people, were in the wrong place at the wrong time. You know, and they’re still young. They still have growing and learning to do. If you write them off now, they’re never going to grow and learn. They’re going to be caught in this cycle and feed into the multi-billion dollar prison industry. When I would much rather see them grow and learn from their past behaviors and become productive members of society and be able to leave that behind them.

Sueann: You probably have read their writing. Do you see some common themes or anything that really tugged at your heart that you can share?

Stella: I think for the most part, it’s the general idea that no one cares.

Stella: You know, their parents care, their friends care, but no one cares about their neighborhood. No one cares about what they’re doing, how they’re doing in school. You know, no one cares if they’re going through a hard time, no one cares if they’re hungry, if they’re working jobs under the table to help their families survive, nobody cares about that. So it doesn’t matter what they do because their life is just gonna fly under the radar in general. That’s one of the reasons I keep going back because I want to show them I do care. I’m here. I’m not the only one who cares. I’m just the only one right now that has the time to be in here with you. And hopefully we’ll have more people that want to help to be a part of the programs, both in and out of the juvie. 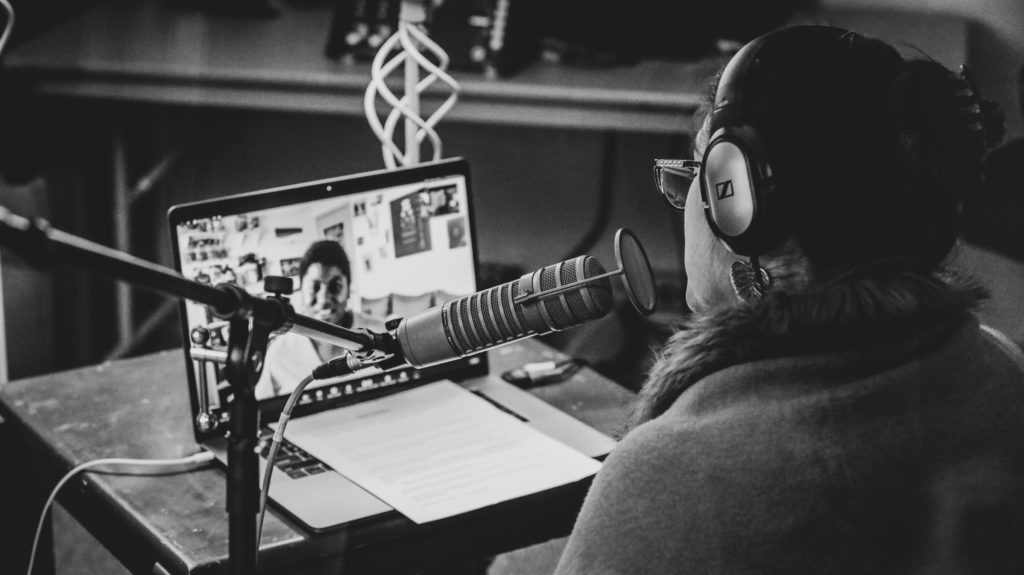 Host Sueann Ramella and guest Stella Williams during the virtual recording of this episode of “Traverse Talks.”