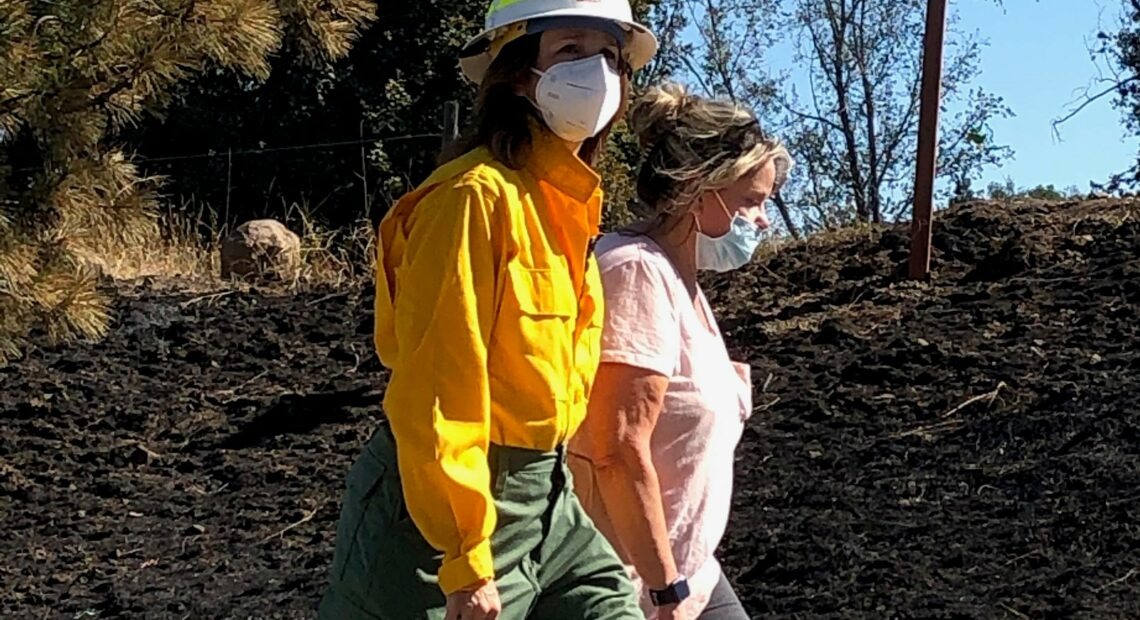 This marks the second year the state Department of Natural Resources has pushed for legislation to expand Washington’s firefighting efforts. This time DNR is seeking $125 million every two years, during a legislative session complicated by the COVID-19 pandemic.

Despite past efforts falling short, Franz is hopeful lawmakers will take fires seriously this year, after more than 800,000 acres burned in Washington’s 2020 fire season.

“We’ve been here before,” Franz said at a news conference. “After every wildfire season, we’ve heard the calls for action on wildfire funding give way to the cycle of tragedy, inaction… We’re here today to break that cycle.”

If passed, it would expand the state’s wildfire force by 100 firefighters and broaden its air fleet. That could include more handcrews and dozer operators and two new fixed-wing planes. Franz would like to upgrade aging helicopters and install new infrared technology to help detect fires at night, making response times faster.

In the following years, Fraz says it’s important to train the “next leaders in firefighting,” from people on-the-ground to incident management teams in charge of large firefighting efforts. Right now, that’s not being done, she said Tuesday.

Former firefighter Daniel Lyon was badly burned over 65% of his body in the 2015 Twisp River fire. Three of his fellow firefighters — Thomas Zbyszewski, Andrew Zajac and Richard Wheeler  — died after their truck wrecked and was then overtaken by the flames.

At the news conference, Lyons said he experienced the financial cut to firefighter training in 2015 – he says he saw where that led. 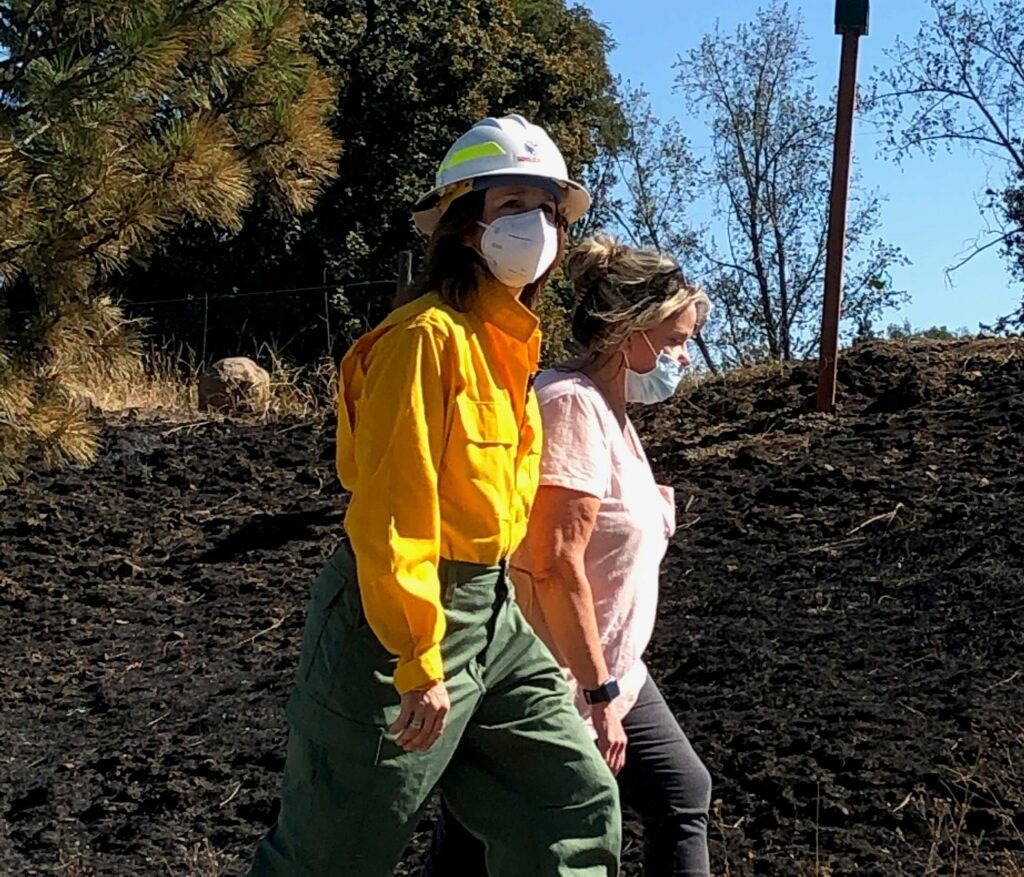 “This is the old homily of an ounce of prevention,” Springer said Tuesday. “It just makes good fiscal sense, if not good moral and economic sense.”

Springer says while fellow lawmakers haven’t pushed back on the wildfire problems Washington faces, it’s unclear where the legislature would find funding for this bill.

“That’s always the largest struggle: how to pay for what we know we need to pay for,” he said. “Every single revenue proposal will have a detractor.”

A firefighting bill last year proposed adding a charge to home and vehicle insurance premiums. It didn’t make it out of a House committee.

Franz hopes the increasing seriousness each fire season will push this funding bill forward. DNR says the acres burned per year has drastically increased since the early 2000s.

Back then, around 189,000 burned per year. Five years ago, that increased to 488,000 acres per year. Last year, Washington hit 812,000 acres burned. In recent years, many fires have sprung up on the historically wetter west side of the state.

But even larger fires have burned east of the Cascades. One area that was hit particularly hard during the 2020 fire season was the reservation of the Colville Confederated Tribes, according to tribal business council chairman Rodney Cawston. 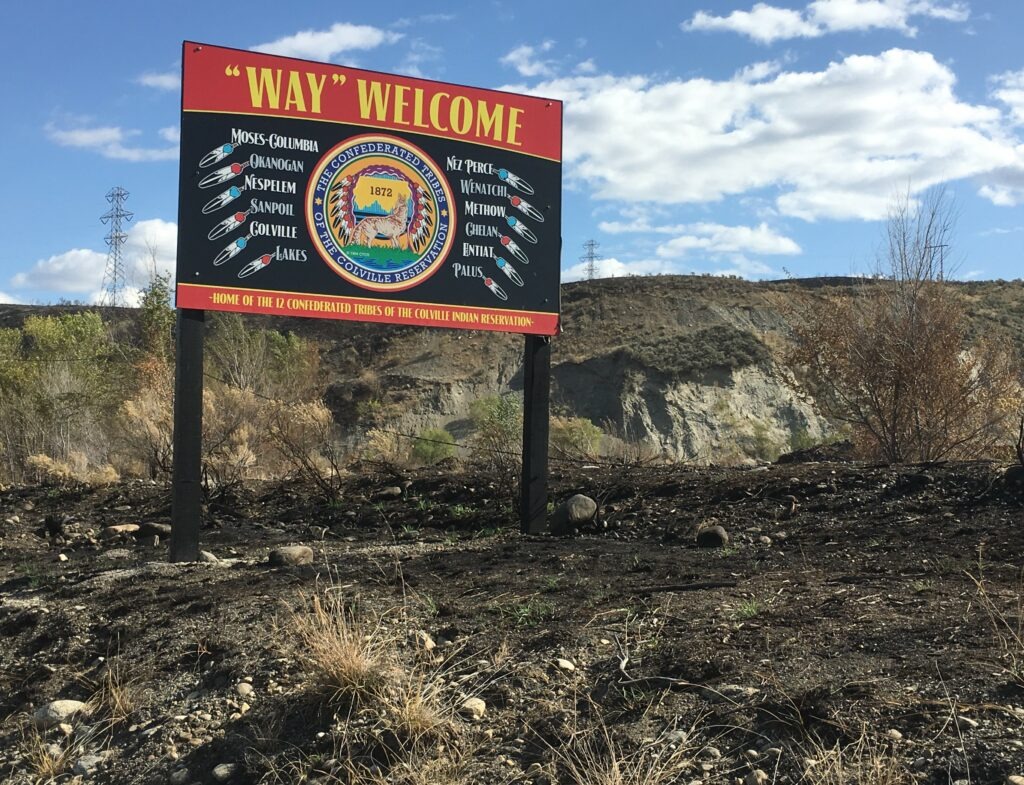 The Confederated Tribes of the Colville Reservation saw tens of thousands of acres burned, and multiple buildings and homes lost, during the 2020 wildfire season, including this area at Omak, by a former lumber mill that burned in September 2020 during the Cold Springs Fire. CREDIT: Scott Leadingham / NWPB

Around five wildfires burned simultaneously on the reservation. The losses mounted up: timberland, agriculture, homes, livestock, power lines and a one-year-old child who died in the Cold Springs Fire.

“Wildland fires do not have jurisdictional boundaries. Poor forest health and climate change are issues that face all of us,” Cawston said.

Plans for the funding bill would include helping homes become more resistant to fire, especially those built on the edge of wildlands. It would also proactively install fuel breaks and increase prescribed burning to help reduce wildfire risks in communities.

The bill would fully fund the department’s 20-year forest health strategic plan, which is a path to restoring wildfire resilience to more than 1.25 million acres of unhealthy forests across Washington.

But it does not include funding to restore the health of sagebrush ecosystems east of the Cascades, where many of Washington’s largest wildfires have taken off in recent years. Rehabilitating those areas is more complicated. Much of the land is in private ownership.

To help deal with that problem, Gov. Jay Inslee previously said the state needs to combat climate change, which is driving what he called “climate fires.”

This bill also does not authorize the development of Rangeland Fire Protection Associations, or RFPAs, which help fight fires in areas that are not under the protection of local fire districts, the state or the federal government.

RFPAs are one of the top recommendations in the Department of Natural Resource’s 10-year wildland fire protection plan, Franz said. It’s something she said she hopes to return to in the years after this bill is funded, to protect the nearly 400,000 acres of unprotected land in Washington.