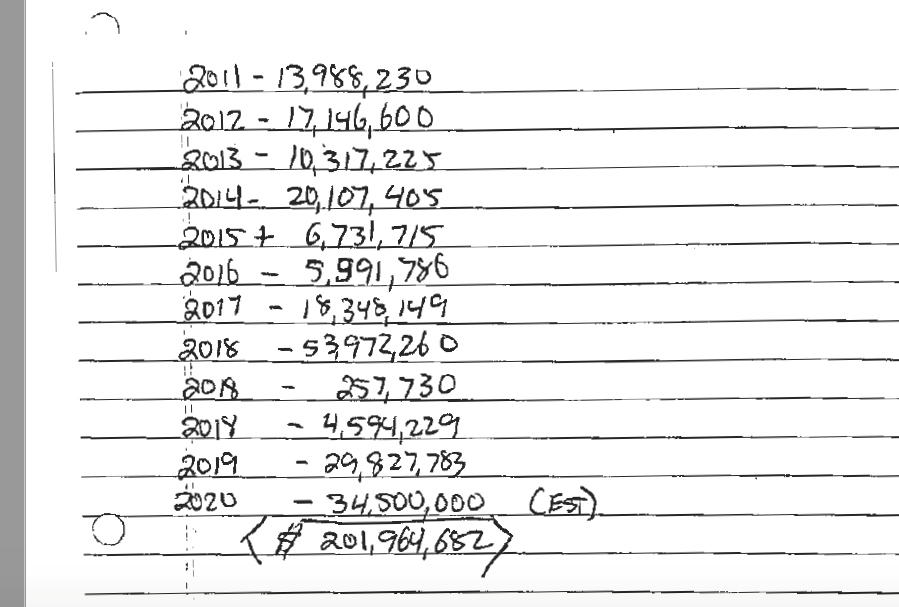 The starting point of a Northwest-based saga of alleged invented cattle, a multi-million dollar lawsuit and two bankruptcies may lie in a short handwritten list of numbers scrawled on a lined sheet of three-hole punch paper that purports to show Cody Easterday’s annual losses from speculating on the cattle futures market.

Eric Belasco, a professor and ag economist at Montana State University, encourages farmers and ranchers to manage their risk by trading commodities, but warns: “The whole market is tricky. There’s a fine line between using the futures and options market to minimize risk, and then using it to speculate.”

The Northwest News Network has been following the case of Cody Easterday and his family farm and ranch empire. Easterday Ranches is accused of having swindled Tyson Fresh Meats for years by inventing 200,000 head of fictitious cattle. In its lawsuit, Tyson claims Easterday now owes the meat giant $225 million to reimburse it for the care and feeding of the fake herd.

A recently filed deposition of a top Tyson financial officer filed in federal bankruptcy court claims Easterday lost about $202 million in commodities trading over the last decade. The handwritten note in the court file details a decade of losses:

“In the classic theory of gambling addiction there is a winning phase and losing phase and a desperation phase,” says Keith Whyte, executive director of the National Council on Problem Gambling. He says those listed losses follow a pattern that he’s seen many times. Whyte says he’s not trying to diagnose someone he’s never met.

“…but when you see that classic pattern of wins, and then losses and then desperation, which often leads to extreme losses, that fits a classical pattern of someone who does have a gambling problem,” Whyte says.

Montana State professor Belasco says in his class, students buy and sell commodities like cattle to experience how the market works firsthand. Belasco is surprised at the list of losses attributed to Easterday, saying his students have a better trading track record.

“My experience generally has been that if you’re trying to speculate, you can be right about half the time,” Belasco says, adding that over time wins and losses usually balance out.

Belasco says Easterday’s alleged trading history looks like an example of so-called Prospect Theory. Basically, the theory says when someone loses, they act in a much riskier way than when they’re ahead.

“If you’re in Las Vegas, and you start losing, then you start making bigger bets,” Belasco says. “And that’s kind of where you see people just running up huge losses. That’s a potential explanation for some of this.”

Easterday was fined twice by the Chicago Mercantile Exchange Business Conduct Committee — once in 2015 and again in 2019 for a total of $50,000.

The issue: Easterday’s large commodities trades affected the market so much it made cattle stocks fluctuate wildly. 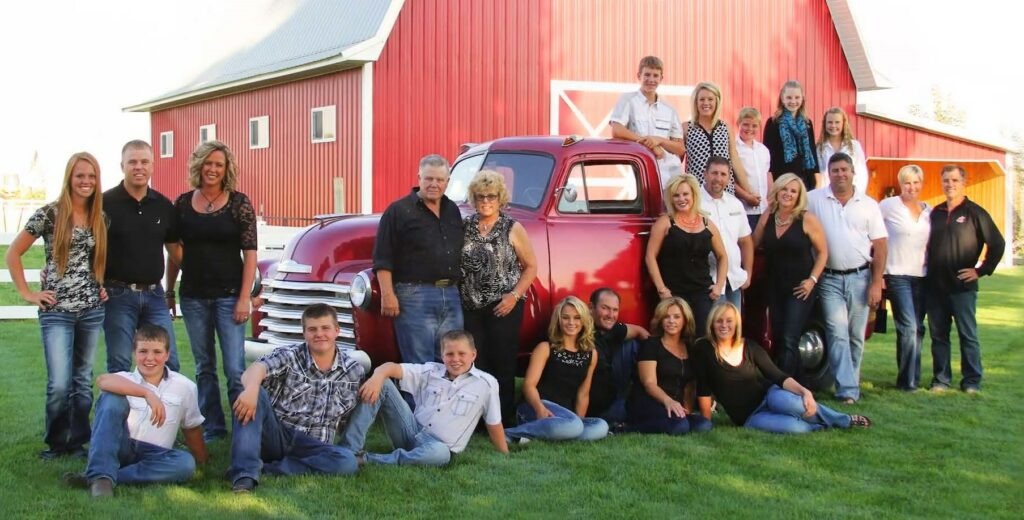 Easterday was also banned for weeks from trading on two separate occasions.

The trading on cattle is thin, he explains. There aren’t a lot of buyers and sellers, so any one big move can really move the market.

Still, Norcini says, the list of losses in the Tyson deposition related to Easterday is noteworthy.

“It’s hard to fathom a loss of that size,” he says. “Simply because a prudent trader will put in what we call stop loss orders.”

“You simply cannot be a successful trader, whether it’s commodities, or stocks or anything or currencies, unless you have a way to mitigate the risk from a trade that goes against you,” Norcini says. “Unfortunately, some folks don’t seem to be able to understand that, or they don’t put that into practice.”

Belasco, from Montana State University, says nowadays commodity trading has been decentralized. Just like the recent market upheaval caused when traders using an app called Robinhood sent GameStop shares soaring, then plummeting. He says it’s really easy for people to lose a lot of money on the market from their phone or desktop.

“Ten to 15 years ago you had to go through a broker, and pay a pretty hefty brokerage free,” Belasco says. “There are plenty of platforms you can go and make commodity trades with very little brokerage fees of a dollar (or) a dollar-fifty. While it is easier it’s certainly the case that you really need to know what you are doing because it’s also a lot easier to lose a lot of money.”

The trading history on that handwritten piece of paper might help explain why — always hoping to catch up — Easterday allegedly invented 200,000 cattle.

NOTE: Cody Easterday and Tyson Fresh Meats did not respond to multiple requests for comment before deadline. This story will be updated if they do.