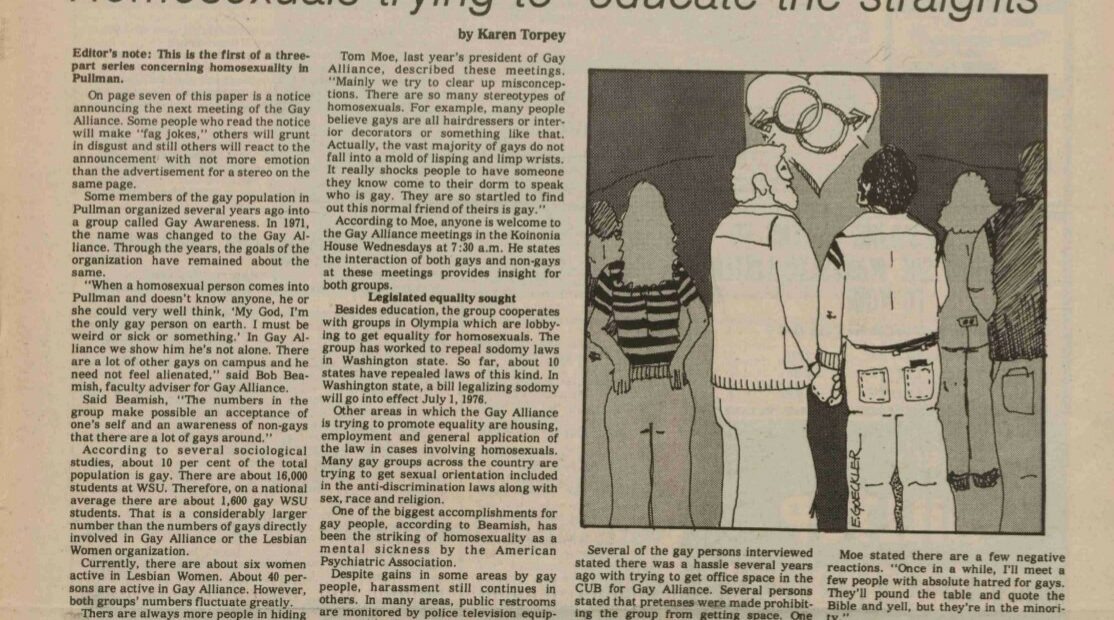 We tend to think of rural and urban places as fundamentally different—different environments, different politics, and different cultures. However, rural and urban areas are more alike than we may think. My work on the LGBTQ+ movement in rural areas and college towns in the 1960s and 1970s shows that rural places have also been queer places, and rural and urban gay people faced many of the same issues in the 1970s. 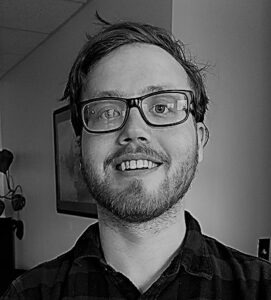 For example, the nine-year battle over recognizing a gay-focused student organization at WSU in Pullman. In 1971, the Associated Students of Washington State University, recognized a club formed by three undergraduates called “Gay Awareness.” As its name suggests, GA’s mission was educating students about the existence of gay people in rural areas and the special issues they faced.

Things started off well, and in November 1975, ASWSU upgraded the organization’s status to that of a student body committee. This included an office and, controversially, a budget. The backlash against recognizing GA was huge. Those opposed to it presented a petition with over 2,000 signatures and threatened to recall the student senators who had voted for the bill. The school paper, the Daily Evergreen, became a hot spot for editorials on both sides of the subject. GA’s adversaries wrote editorials with homophobic and economic arguments. Some cited anti-gay Bible verses, others expressed that student money should not fund an organization that they fundamentally disagreed with.

GA’s supporters responded by pointing to the homophobic editorials as evidence for why GA needed funding, and that funds from non-Christian students supported events like the annual Easter Egg hunt. The most powerful arguments were those lodged by gay students themselves, who wrote eloquently about how they were just as much a student as any other undergraduate at WSU, how the ruralness of the area helped them think about their sexuality, and how they deserved fair and equal treatment.

ASWSU stood by their decision to fund GA, even in the face of recall votes and a death threat. Unfortunately, this victory was short lived. In March 1979, conservative undergraduates organized a referendum that put GA’s status as a committee and its funding to a student vote.

For the next 15 years, students continued to push for re-recognition, but met resistance. It was not until December 1995 that Gay Awareness received re-recognition, due in large part to help from a newly formed Gay, Lesbian and Bisexual Student Center. Now called the Gender and Sexuality Alliance, the organization maintains ASWSU committee status today.

What the struggle over for Gay Awareness’ recognition shows is some of the similarities between rural and urban gay rights. Rural areas — especially college towns like Pullman or Moscow — are also queer places. People in cities who were against gay rights used the same tactic as those in Pullman—the public-referendum—to deny housing or employment equality to LGBTQ people. And the debates that students were having about homosexuality in this small, rural town — like whether Christianity required people to condemn or accept gay people, or the extent to which LGBTQ-focused organizations deserve equal, or special, treatment — continue today.