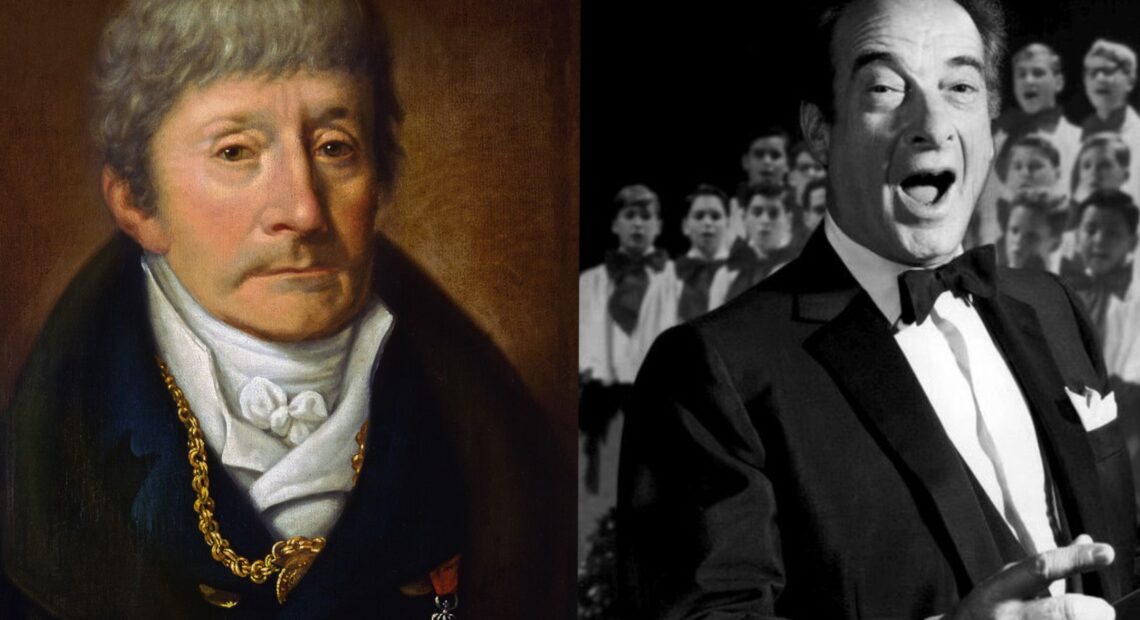 Passing The Baton: A Century Of Keyboardists From Salieri To Borge

A Venetian with a passion for books, brought to Vienna at age 15 by a kindly patron. A Hungarian steeped in Roma music and religion. A native of a working-class neighborhood in Glasgow, appointed a church organist at the age of 10. A member of a highly cultured Jewish family in Copenhagen.

Four very different personalities — Antonio Salieri, Franz Liszt, Frederic Lamond and Borge Rosenbaum — linked by education. In fact, they form a direct line of mentors and protégés, spanning almost exactly a century, from Vienna of the 1820s to London of the 1920s.

By the time Salieri met Liszt, he had already enjoyed an influential half-century career as kapellmeister and director of Italian opera at the imperial court in Vienna. The 11-year-old Liszt, whose father had personally known Haydn and Beethoven, had already begun giving public recitals and tutoring other children. Remembering his own experience as a penniless orphan, Salieri never charged Liszt, or any of his pupils, a fee. Far from his character’s line in Peter Shaffer’s play, Amadeus, Salieri most certainly did not “speak for all mediocrities.”  In fact, he helped guide the gifted.

Decades later, Liszt generously dispensed his wisdom to hundreds of admiring students, also free of charge. The teenage Scot, Frederic Lamond, studied with Liszt in Weimar, Rome and London. Speaking on the BBC in 1945, he described Liszt the teacher as strict, but eminently humane: “A poetical vision always arose before his mental eye, whether it was a Beethoven sonata, a Chopin nocturne, or a work of his own. It was not merely interpreting a work, but real reproduction.”

Later, Lamond himself became a faculty member at the Royal Academy of Music in London. Borge Rosenbaum had heard Lamond play Beethoven and Brahms (two of his specialties) on the Continent and sought him out as a teacher. Lamond imparted the same guidance he had received from Liszt: respect every composer’s intentions, and, please, don’t just try to dazzle your audience with your speed. Find the poetry in the music.

Rosenbaum launched a successful career, then began telling topical, anti-Nazi jokes at his recitals by the early 1930s. Humor, as he put it, is “the shortest distance between two people.” Professionally, he became known as Victor Borge, the beloved “Clown Prince of Denmark,” the latest in a direct, century-long line of gifted keyboardist-teachers. In 1979, he co-founded the American Pianists Association, as a tribute to his adopted country and as a means of supporting talented young classical and jazz artists.