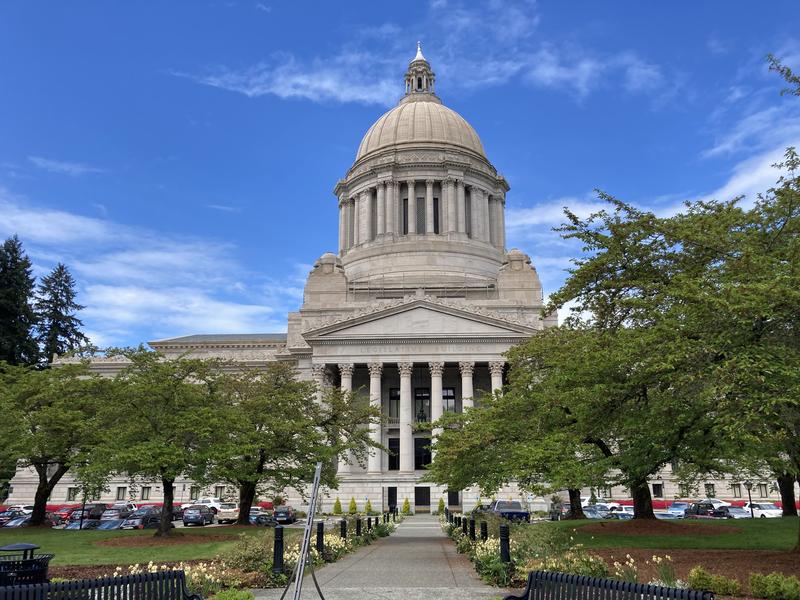 A second lawsuit has been filed to overturn a newly passed capital gains tax in Washington.

The lawsuit by the Opportunity for All Coalition (OFAC), which successfully fought Seattle’s high-earners income tax in 2017, was filed Thursday in Douglas County Superior Court. The plaintiffs include business owners and farmers who would potentially be subject to the new tax, as well as the Washington Farm Bureau.

Last month, the conservative Freedom Foundation filed a similar lawsuit in Douglas County court on behalf of five high-worth individuals and one couple.

Both lawsuits, which are likely to be consolidated, contend the 7 percent tax on gains above $250,000 from the sale of such things as stocks and bonds violates both the state and federal constitutions.

“It’s unconstitutional, it’s unwanted by the citizens of the state and it’s really unnecessary,” said Collin Hathaway, a business owner who serves as president of OFAC.

Specifically, the lawsuit says the capital gains tax is an illegal excise tax on income. The plaintiffs also argue it runs afoul of the state constitution by imposing a non-uniform tax on property and by exceeding the state’s one percent cap on property taxes. Additionally, the lawsuit alleges the tax violates the Commerce Clause of the United States Constitution by taxing activity that happens outside of Washington.

“The state Legislature is attempting to get around the rules for income taxes in our state by instead imposing an excise tax on capital gains income,” said Republican former Attorney General Rob McKenna who filed the complaint on behalf of OFAC and the plaintiffs.

The Washington Supreme Court has consistently ruled, since the 1930s, that income is a form of property and therefore subject to both the uniformity clause and the one percent cap. Washington voters have also repeatedly rejected income tax proposals, including as recently as 2010 when they soundly defeated a proposed high-earners income tax.

While other states and the federal government treat capital gains as income, supporters of the Washington tax insist that it’s an excise tax on the sale of certain capital assets – like stocks and bonds.

“We knew a legal challenge was possible, but passed what we believe is a constitutional policy that will make our state a better place for us all,” said Democratic state Sen. June Robinson, the prime sponsor of the tax bill, in a statement.

It’s widely expected the capital gains tax will end up before the state Supreme Court. If that happens, the court could potentially revisit its prior rulings that income is property.

However, in an interview, McKenna sketched out a different scenario based on what happened in the Seattle income tax fight. In that case, he noted, the Supreme Court declined to take the case on direct review after the tax was struck down by a King County Superior Court judge. And the Supreme Court declined again to review the case after an appeals court upheld the lower court ruling.

“That is a course of events that could unfold [again],” McKenna said.

Majority Democrats in the Washington Legislature passed the capital gains tax last month after years of proposing and discussing the idea. They view it as a way to make the state’s tax structure less regressive while raising new revenues from the state’s wealthiest taxpayers. The first $500 million raised would be dedicated to the state’s Education Legacy Trust Account to expand access to early learning and child care.

While the capital gains tax includes exemptions for real estate and timberlands, some farmers are concerned they could still end up paying the tax on the sale of farmlands. The plaintiffs in the OFAC lawsuit include farmers, orchardists and the state’s Farm Bureau.

The plaintiffs include April Clayton who operates Red Apple Orchards in Orondo, Kevin and Renee Bouchey who are former co-owners of S.K.D. Farms in Richland and Rosella and Burr Mosby who own Mosby Farms near Auburn. The other plaintiffs are Christopher and Catherine Senske who are in the lawn and pest control business in Kennewick, Matthew Sonderen who is co-president and part owner of Sonderen Packaging in Spokane and Joanna Cable who previously worked in finance and investment banking.

All of the plaintiffs are members of the Washington Policy Center, a right-of-center, pro-business think tank, which helped find the plaintiffs and provided the legal team with research.

OFAC was founded in 2017 by Matt McIlwain, the managing director of Madrona Venture Group in Seattle.

The capital gains tax is scheduled to take effect on Jan 1, 2022. 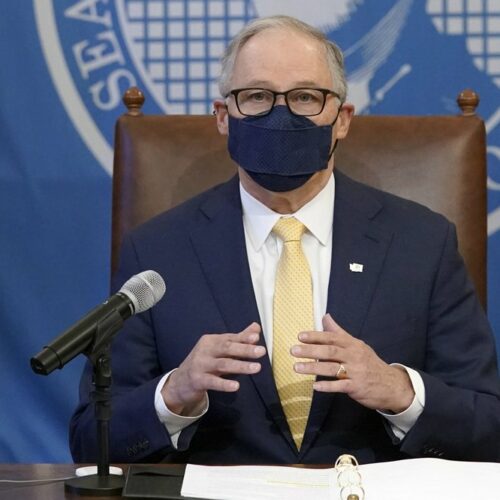 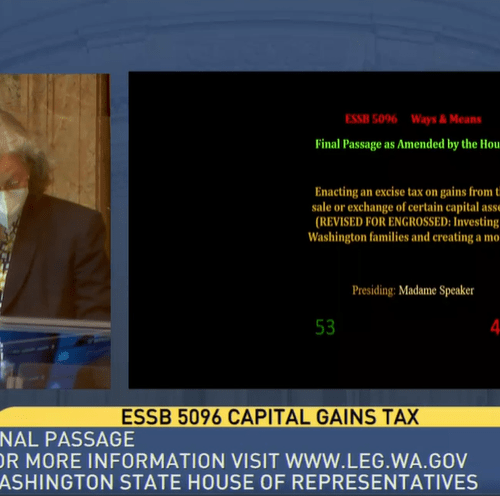