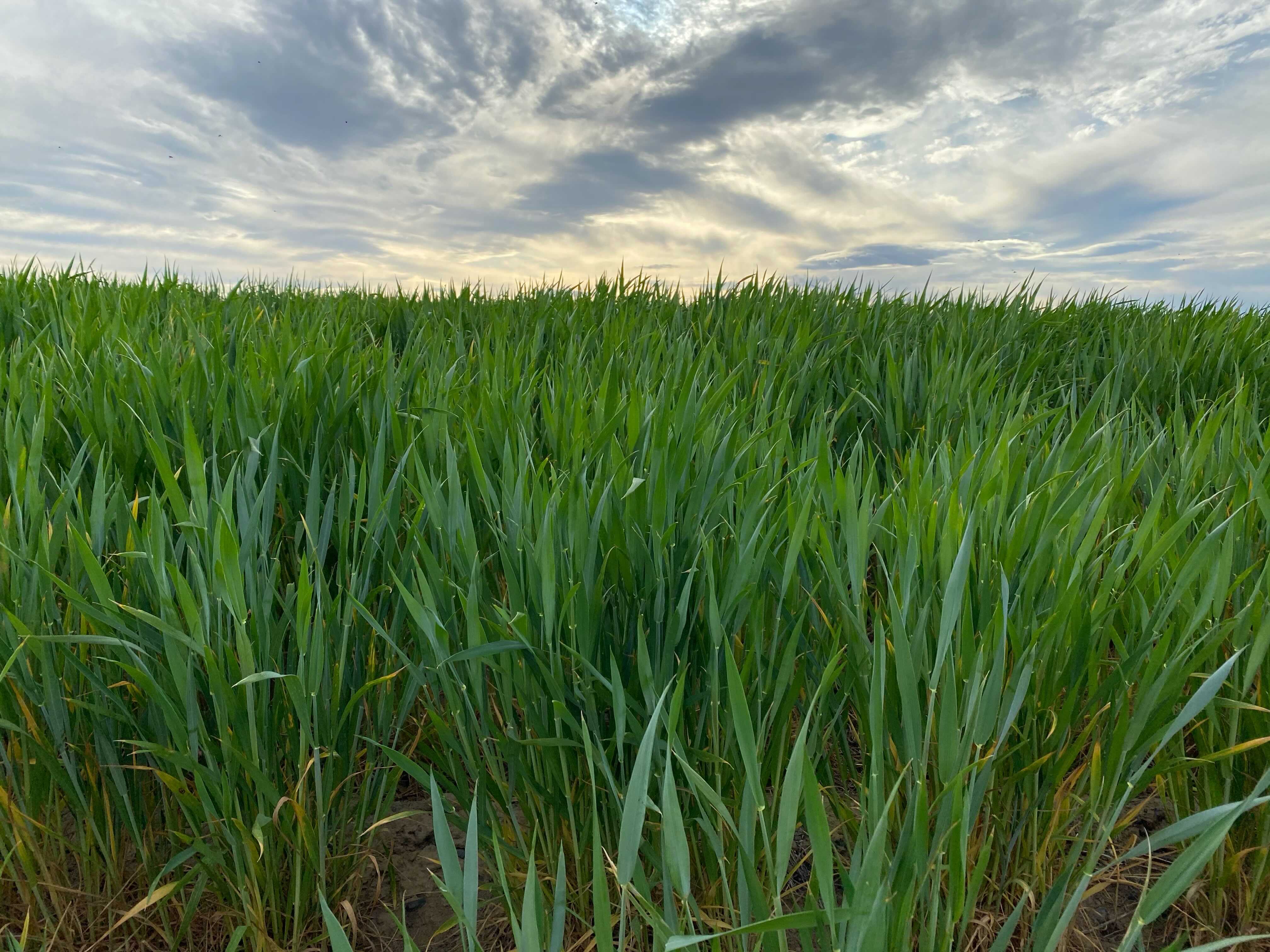 BACKGROUND: What’s up with all this Easterday and “Cattlegate” stuff? Catch up on past coverage here.

The agricultural arm of The Church Of Jesus Christ Of Latter-day Saints — Farmland Reserve, Inc. — has agreed to pay about $210 million for a major swath of southeastern Washington farm ground.

The verdant areas just off the Columbia River were part of the vast Easterday family empire, until a 225,000-head cattle swindle was exposed last December. Cody Easterday was supposed to be raising the ghost cattle. But Easterday eventually pleaded guilty to inventing the nonexistent cattle to defraud Tyson, a large meat-processing company, out of $244 million. Easterday funded a habit of trading on the cattle futures market, where he lost more than $200 million.

The bidding for the Easterday parcels came down to two mega-farmers: Bill and Melinda Gates’ land business and the church’s Farmland Reserve, Inc.

Betsy Gaines Quammen is a historian, conservationist and writer. She says it’s not surprising the church fought hard to win the bid for the land. 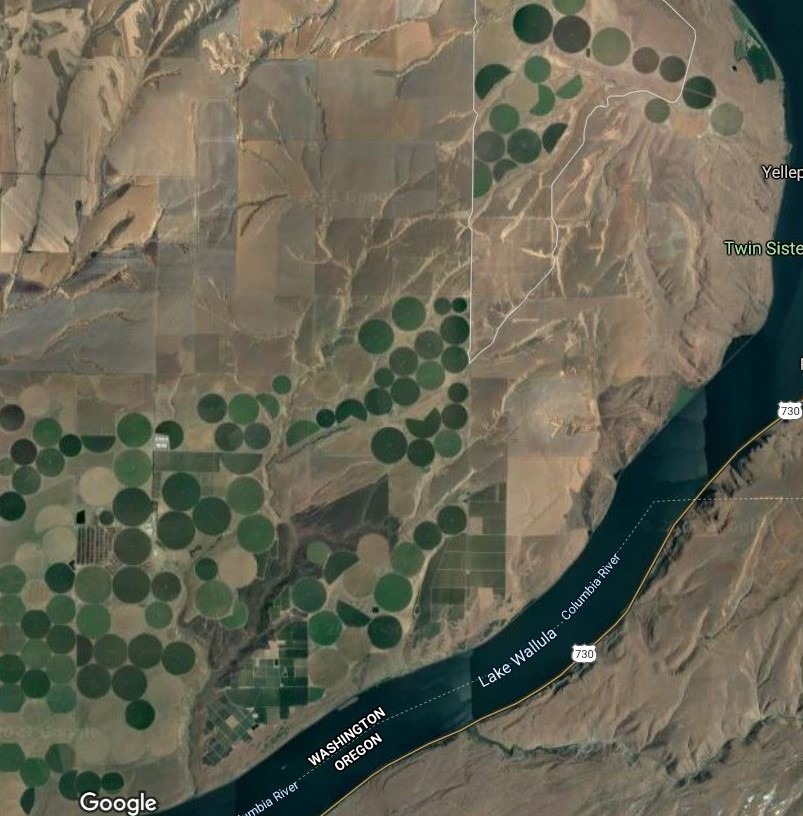 This image from Google Earth shows the span of the Easterday property in question on the Washington side of the Columbia River south of the Tri-Cities. It stretches across a bend in the river with large 100-acre irrigated pivot circles of crops. The land includes nearly 12,000 acres, a cattle feedlot, cherry orchards, vineyards, employee housing and a valuable complex of potato and onion storage sheds. CREDIT: TerraMetrics 2021 via Google Earth

“If this is part of their agenda to get ready for end times, and to have refuge and retreat — this makes sense that this is something they’d be interested in acquiring,” she said.

Gaines Quammen says they are called The Latter Day Saints because of a church belief in a coming catastrophe or disruption in the world.

“The Mormon Church is one of the largest landowners in the United States,” she said. “This does seem like a moment when there is tremendous anxiety (about drought, climate change) — the Mormon church isn’t unique in that. But they are unique in their position to be able to buy a property like that, with the resources that come with it.”

Editor’s Note: The Church of Jesus Christ of Latter-day Saints recently updated its preferred names and usage for media outlets. Consistent with Associated Press style guidance, we are using “Mormon” only in direct quotes.

The church’s new acquisition is a multi-farm property almost the size of Manhattan, with each irrigated circle stretching nearly 100 acres. Valuable farmland like this rarely changes hands. Included in the sale: a slew of lucrative Columbia River water rights, merlot and chardonnay wine grape vineyards, sweet cherry orchards, a 35,000-head cattle feeding operation, employee-housing and a complex of potato and onion storage sheds.

The land reaches nearly a dozen miles across a bend of the Columbia River, all near the dramatic Wallula Gap.

The Gap was a bottleneck for the Ice Age floods, when it backed up a huge pool, nearly 900 feet deep several miles away in what is now the Tri-Cities. The impressive narrow gorge cut into basalt by the Columbia River can still be seen near Easterday’s land.

“It was the first bottleneck along the route to the ocean for the floods coming in,” Bruce Bjornstad, author of the book Ice Age Floodscapes of the Pacific Northwest, told the public media Northwest News Network. “That has made ice-rafted boulders like granite really common in the Columbia Basin, because the water backed up and the icebergs that were carrying the boulders collected here.” 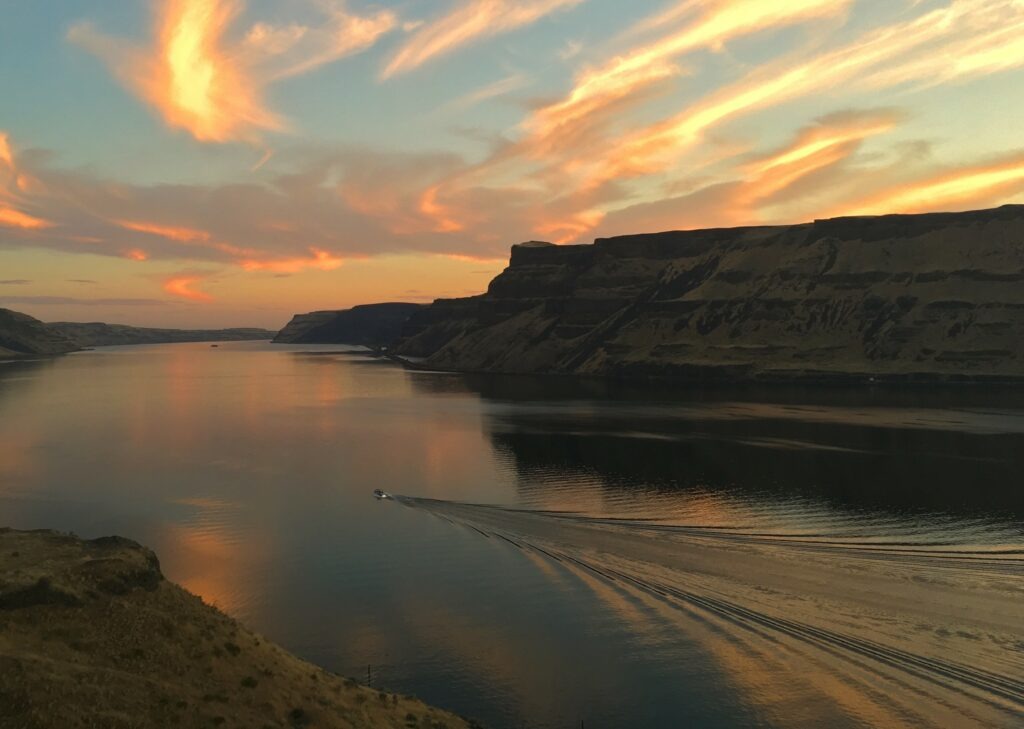 The Wallula Gap is a dramatic spot on the Columbia River in southeast Washington, not far from the Easterday property that was just sold at bankruptcy auction. The Gap was formed by the river cutting through a basalt uplift and then reamed out by the Ice Age floods. CREDIT: Bruce Bjornstad

The reason it’s there is because the river cut down through one of these basalt uplifts, called Yakima Folds. They were made by the earth’s crust being squeezed from the north and south.

“The Wallula Gap is noteworthy, because it’s a narrow canyon,” Bjornstad said. “It was pushed up by tectonic forces and then reamed out by the floods.”

He says the soils of the farm are all wind blown material called loess, or Palouse soils.

“It’s windblown silt and sand, and it’s all brought in by the winds,” Bjornstad said. “It was mostly brought in from the West. It’s reworked dust, as the winds die down, the dust deposits. The earliest Palouse loess we see is two million years old. It’s not that fertile, but it’s defining characteristic is it retains a lot of moisture, which is needed in our desert climate to sustain crop growth.”

The high bid for the farmland will be confirmed at a July 14 federal court hearing.