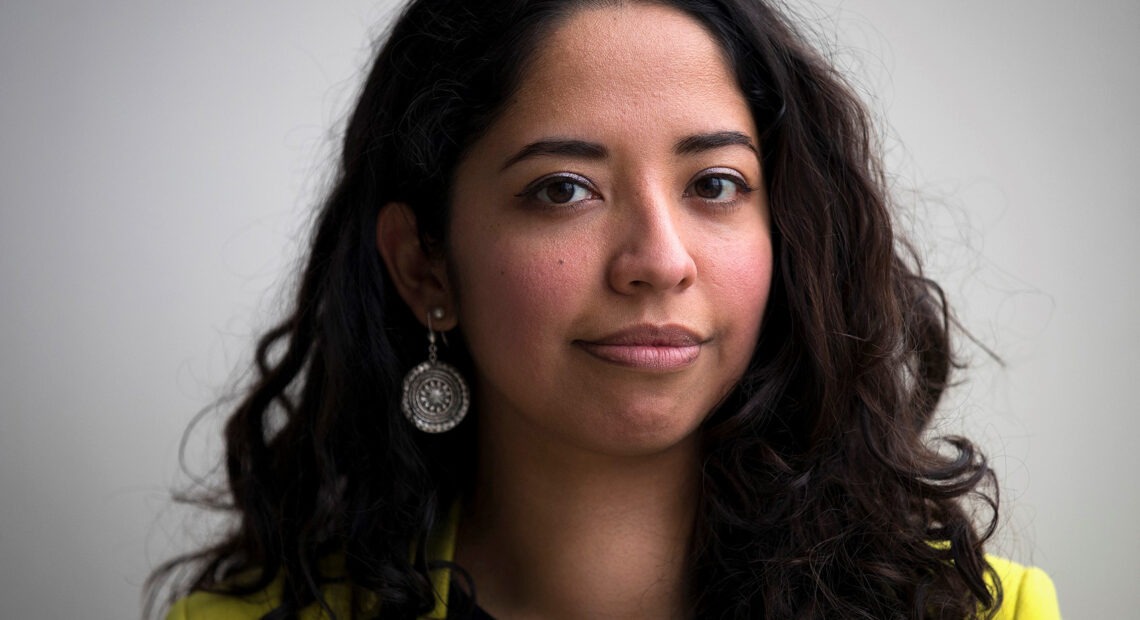 ‘Traverse Talks’ Episode 18: Esmy Jimenez On Life As A Journalist And DACA Recipient

In this episode of Traverse Talks with Sueann Ramella, KUOW reporter Esmy Jimenez talks about her life growing up in a rural part of central Washington as an undocumented immigrant, being the first in her family to attend college, and the fun and hardship of reporting on the never-ending news cycle. Esmy has reported for Northwest Public Broadcasting, the Northwest News Network, PRI’s “The World,” and is currently a reporter for KUOW focusing on immigration. In 2020, Esmy won an Edward R. Murrow regional award in feature reporting from the Radio Television Digital News Association. Listen to her episode below or stream Traverse Talks with Sueann Ramella, wherever you get your podcasts.

Building Your Own Luck:

Sueann Ramella: Why did you decide to become a reporter?

Esmy Jimenez: It was an accident. I genuinely did not mean to do that. [Laughs.]

Sueann: Because you have a science background, I think, right? 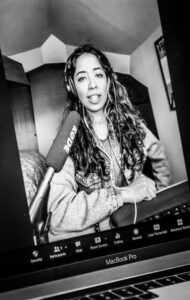 Reporter Esmy Jimenez during the “Traverse Talks” recording on March 8, 2021.

Esmy: Yeah. Environmental science. But I mean, reporting wise, it was very much an accident. I was the first to finish high school and the first to go to college. I did not know what I was doing but I just loved learning. So, at university I was like, oh my God, there’s so much to study. Eventually they were like, you can’t have 10 minors. So I picked environmental studies, but I kept finding myself being like, you know, why aren’t we talking about this subject this way? The first time that I told another friend of mine, who was in the communication department doing journalism, I told her, you know when people talk about organic produce, I really wish they would actually focus on a public health issue. When you look at like pasture raised chickens, they actually have a lower rate of salmonella than mass produced eggs. So, rather than talking about this as animal rights and PETA and only vegans or bougieness or whole foods, why don’t we talk about it in public health terms? She said, you should write an article about that and I was like, oh, I don’t mean me. She’s like, tell you what? Do a draft, I’ll look it over, you know, we can submit it to the local paper. [So] I kept finding spots where someone was like, you should write an article about that. You should say that to someone and that let me down this very specific path.

Sueann: Well, I love that that happened because that opportunity has like trampolined you to many other opportunities.

A Life In Limbo:

Sueann: In your own words, Esmy, can you describe what a DREAMer is?

Esmy: So a DREAMer is typically a younger person between the ages of 18 to 35. They were brought into the U.S. either alone or with their parents and because of policy in 2012, under the Obama administration, they were able to get deferred action for childhood arrivals. That is a kind of temporary, not status, it’s almost like a thing that says like, you are not going to be on our list for deportation. You don’t have any actual status. You’re not going to vote. You’re still going to pay your taxes. In most cases, you still have a driver’s license and your able to travel internally in the country. But you’re in this weird limbo.

Sueann: I have some Catholic upbringing, limbo isn’t exactly a nice place to be.

The Balance Between Being A Human And Being A Journalist:

Sueann: There are times where the work can get very upsetting. Like, it resonated with me when you said you put a part of yourself on the shelf, because when you host [the] news or report on things that are difficult, like human interest stories of death or sickness, or the migration of these children, and you are an empathetic person, it starts to wear you out. So when you’re covering some of these stories, Esmy, how do you deal with those stressful or emotional episodes? 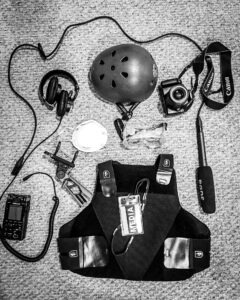 A photo of the gear reporter Esmy Jimenez used while reporting on the Black Lives Matter demonstrations protests for racial justice in the summer of 2020.

Esmy: I was just talking to two other reporters that did a lot of those summer [Black Lives Matters] protests and we were just kind of reflecting back, like that was nuts, huh? We were wearing bulletproof vests and gas masks and thinking like, okay, this is just what we have to do. But then we did that for days on end and then it was months. That vase, you keep filling it up and you keep filling it up and being like, I’ll come to it later. I’ll just finish this story. But the problem with the news cycle is that it never ends. So if you play the game of filling the vase, the vase will, if not overflow, shatter.

I remember I talked to my news director when this happened, but there was a time when there was a protest, somebody got shot in the knee with a rubber bullet. They started bleeding and I remember, I was just like, oh my God, should I put my hands over [the injury]? I’m sure he’s fine, but people were rushing towards him. They were calling medics. The police were still coming. There’s the helicopters overhead. And I just had my mic there. I was like, I can’t believe that’s who I am right now. I’m the person holding the mic rather than helping. Am I bad person?

I remember telling the news director, like if that happens again and someone’s really hurting, I’m sorry, I’m going to try to drop my mic because what does it mean if we get the story if I watch somebody in front of me potentially bleed out? I’m not going to do that. She was totally on board. She was like, you’re right. You don’t have to do that. Just do what you find to be the right thing to do.

Sueann: There are times when reporters become part of the story in instances like that and I think for me, as long as we acknowledge that is what happened and we explain, I don’t think anybody every faults you for being human. 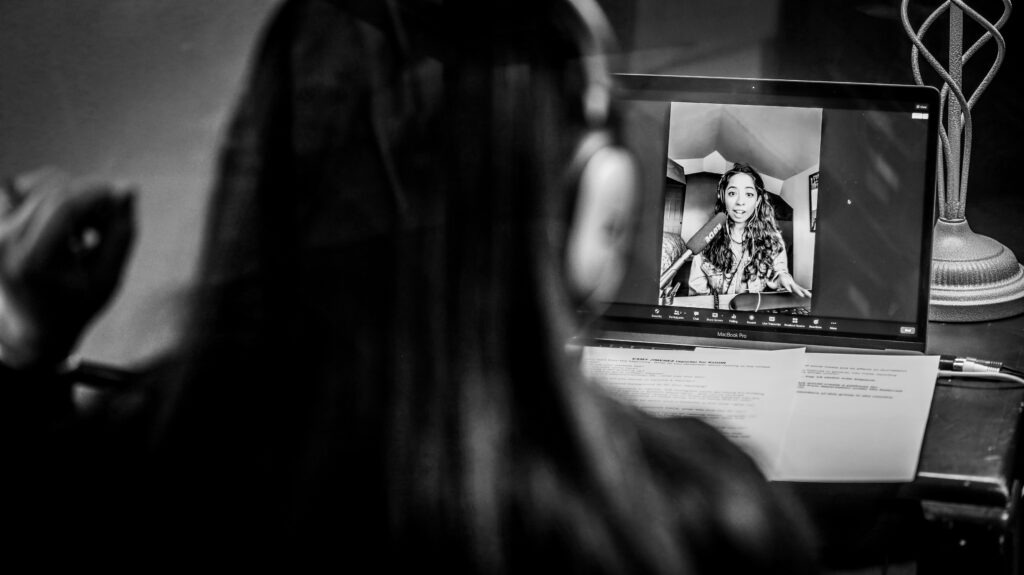 Photo of host Sueann Ramella (left) and a virtual Esmy Jimenez during the recording of the episode.