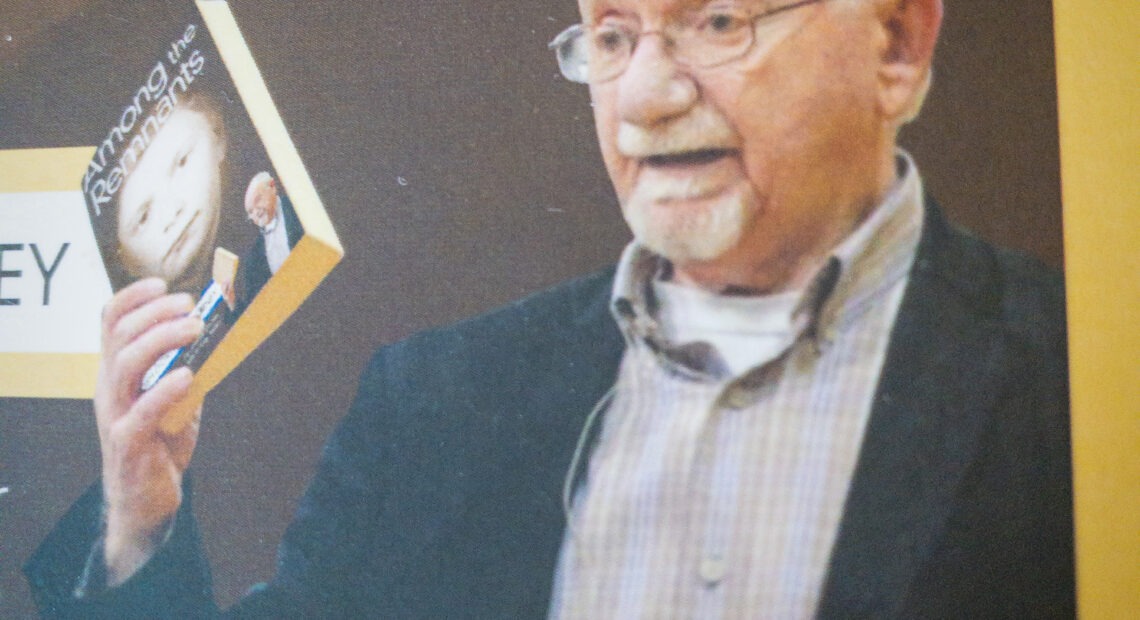 In this episode of Traverse Talks with Sueann Ramella, retired social worker and community leader Josh Gortler shares his story: his childhood, fleeing with his family from the Nazi Holocaust, his adolescence, in Displaced Person camps, and his adulthood, free to speak as Jew in America. Josh gives talks to students in Northwest schools and juvenile detention centers. His memoir, Among the Remnants: Josh Gortler’s Journey, is co-written by Gigi Yellen – classical music host for NWPB.

Gigi and Josh worked together for three years to ensure an accurate, interesting and educational tale about surviving, and finding hope. Gigi also shares with Sueann her own experiences and personal thoughts about growing up a Jew in America. Listen to this episode below or stream Traverse Talks with Sueann Ramella, wherever you get your podcasts.

Sueann Ramella: You lived two live in the book, you know, you were Jewish in the home but outside you were passing and blending. When were you able to be a Jewish man all the time?

Josh Gortler: When I went to Yeshiva University.

Sueann: Surrounded by others.

Photo of the book cover of “Among The Remnants” by Josh Gortler with Gigi Yellen.

Josh: I was surrounded by others and I felt very comfortable. In Phoenix, many times I tried to pass on the outside as a non-Jew. I felt uncomfortable because in the fifties to be a Jew, it was not very acceptable, especially in a place like Phoenix.

Sueann: There’s a moment in the book, where you write about getting on the bus to go to school, to New York and you realized for the first time that you’re white. Can you share that story?

Josh: Now I met some people of color in the DP [displaced persons] camp but they were mainly people driving buses and Jeeps in the Armed Forces. I saw people of color in Phoenix when I came, but I’ve never realized that sitting on a bus, a person of color and a person of white, is so segregated. This is 1951, my experience was, Wow, this is America! Even then, I started to feel even more ashamed that I’m Jewish because I was afraid people will know that I’m Jewish and I’ll be treated like the black people are treated. They cannot blend in, but I blended in.

“There’s A Time For Everything”:

Sueann: So I am wondering, what are your thoughts then on Black Lives Matter when people are speaking up more about seeing violence against minorities and black folk?

Josh: I have to go back to the scripture, so to speak. There is a statement, one cannot stand by on the shedding blood of another person. You know, if you see something, you have to take a stand. You got to say something.

Sueann: You often quote, Ecclesiastes. Can you tell us more about that?

Josh:  “There’s a time for everything, a time to be silent and a time to speak.” I was silent all of those years. I didn’t speak about it. But now as the generation disappear, I’m probably one of the last cohort that is still alive and is able to tell the story because soon there will be nobody else to speak.

Sueann: I was wondering if you could tell us a little but about yourself and how you grew up? 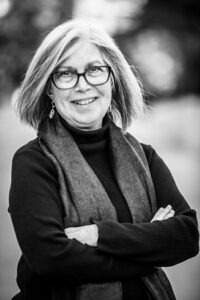 Gigi: Well, I grew up as a Jew, the daughter of a fellow who went to war in World War II to fight for the United States of America. He was the son of European Jewish immigrants who came to this country in the 1910s and so was my mother. So I am the granddaughter of European Jewish immigrants. The word Jew itself is awkward for a lot of people who didn’t grow up identifying as such. I’ve actually talked to colleagues who can’t even say the word without feeling that they’re saying a bad word.

Sueann: Yes! Why do you think that is? I have to tell myself that it’s just a description and there’s nothing wrong with me saying, you’re a Jew.

Gigi: Yes, that’s true. The word is an English version of the name Judah, who was one of the biblical ancestors of this people. It was also the name of a part of the land which according to historical documents and so forth was the home of Jews. If you identify as a Jew, that’s who you are. So every time I hear somebody say “Jewish people,” it sounds like a euphemism to me. I’m thinking, you don’t have to call me a Jewish person, you can just call me a Jew because I am. If that to you is a negative epithet, then it’s your problem.