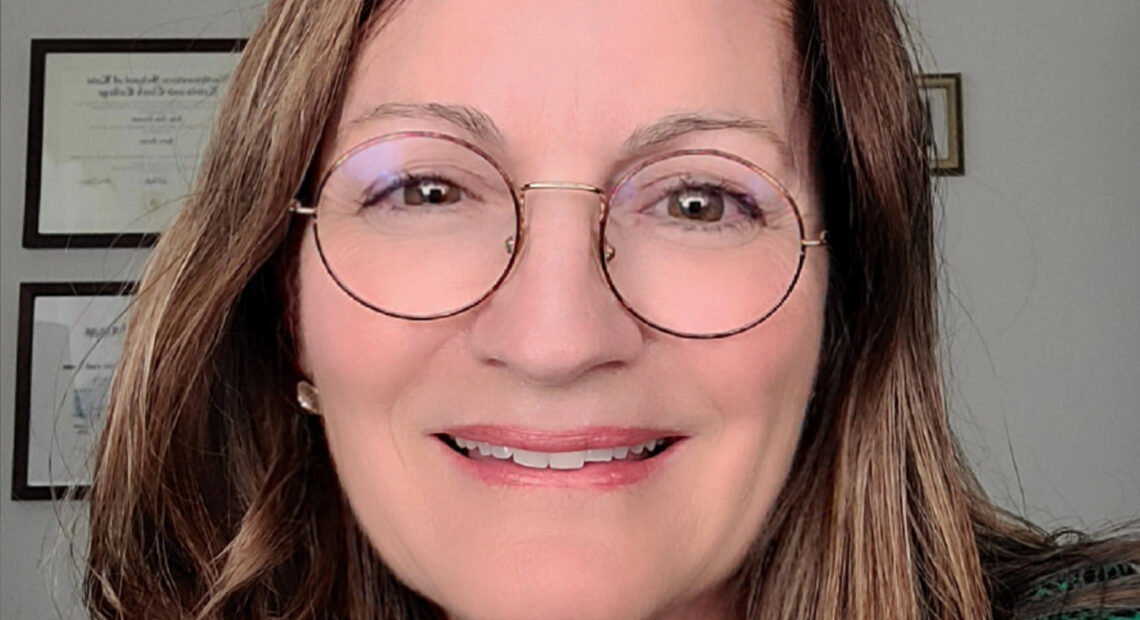 In this episode of Traverse Talks with Sueann Ramella, attorney Judy Cornish, talks about the confusion around diagnosing dementia, how she found her way into being an advocate for better dementia care and she explains the DAWN Method which is her approach to dementia care. Being a licensed attorney in Moscow, Idaho, Judy is not your classic dementia professional, but with over ten years of experience helping those experiencing dementia, Judy has grasped how to help families enjoy companionship and beauty with their love ones experiencing dementia. Judy founded the Dementia & Alzheimer’s Wellbeing Network (DAWN) in 2010 and has written Dementia With Dignity: Living Well with Alzheimer’s or Dementia Using the DAWN Method and The Dementia Handbook: How to Provide Dementia Care at Home. Listen to their episode below or stream Traverse Talks with Sueann Ramella, wherever you get your podcasts.

The Misunderstanding About Dementia:

Sueann Ramella: Can you give an overall idea of what dementia is?

Judy Cornish: Well, dementia is a condition. Here in the United States, we’ve been confused for a couple of decades. I’ve had doctors say, oh, Alzheimer’, dementia, it’s all the same thing.

Sueann: But it’s not.

Sueann: So it’s bigger umbrella is dementia and then under it are specific things?

Judy: Right. So we’re never going to cure dementia. We are going to always have dementia in our communities, in our families. And if you’re talking about how many people are going to experience dementia, I think the last thing the Alzheimer’s Association was saying was by the time you’re in your eighties, it’s about a 50% change. Well, most of use live until our eighties.

Sueann: Judy, is it safe to say that no matter how old a person gets, eventually you will have a symptom of dementia?

Judy: No. Cause dementia is not normal aging.

Life Can Still Be Vibrant With Dementia:

Sueann: Judy, your approach to care is different than what the mainstream is. Can you give an example of that? 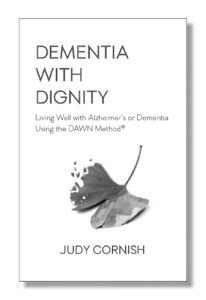 Cover photo of “Dementia With Dignity”, a book written by Judy Cornish.

What music do I like? Play that music for me. I’ve lost my rational thinking skills, so I can’t initiate. I can’t put the music on for myself, but if you can figure out what music I like, get it on an MP3 player and give me a set of headphones and any time I’m not feeling very happy, you can play my favorite music for me. So once you understand which skills go and which don’t, well them you’re going to be better able, much better able to just spend time with somebody and support them. Companionship.

Dementia Can Be Expensive On Families, But It Doesn’t Have To Be:

Sueann: Let’s take it back to money, Judy, and this idea of elder care. If you have an elder who is experiencing dementia, traditionally in my head, you just put them away and you pay or find a way to make them have no money, so the government will get them into the system and then you’re done. But that doesn’t look into the fact that there is a lot of loss of family money and inheritance. So can you speak about that?

Judy: When I was practicing elder law in Oregon, very quickly I realized there’s only two types of clients that would come to me to have an estate settled. The family that didn’t experience dementia, there was money. The kids would pay off mortgages, buy cars, send the grandkids to college. Then there was the other clients, the ones where dementia had come into the picture and they did have to pay for long-term care. That family, nobody got to pay off mortgages. Nobody bought cars and no grandchild got sent to college. So, dementia is incredibly expensive from a financial point of view. Nobody’s making money off of this, except for some major corporations. The government and families are paying the price.

So that’s why I advocate, let’s use an experiential model. Let’s recognize the the skills lost and the skills kept because losing skills is going to cause me certain emotional reactions that all human beings experience. And if I find myself unable to do something, I always could do, I’m going to be embarrassed and frustrated. So, what do I need? I need the people who love me the most, not a corporation, [to] understand which skills I’m losing and which I’m keeping so that they can stop embarrassing me and frustrating me and help me live in my new intuitive world. Take care of the rational thinking for me, use their own memories on my behalf so that I can live in the present fully experiential with my intuitive thinking and be and enjoy companionship and beauty.