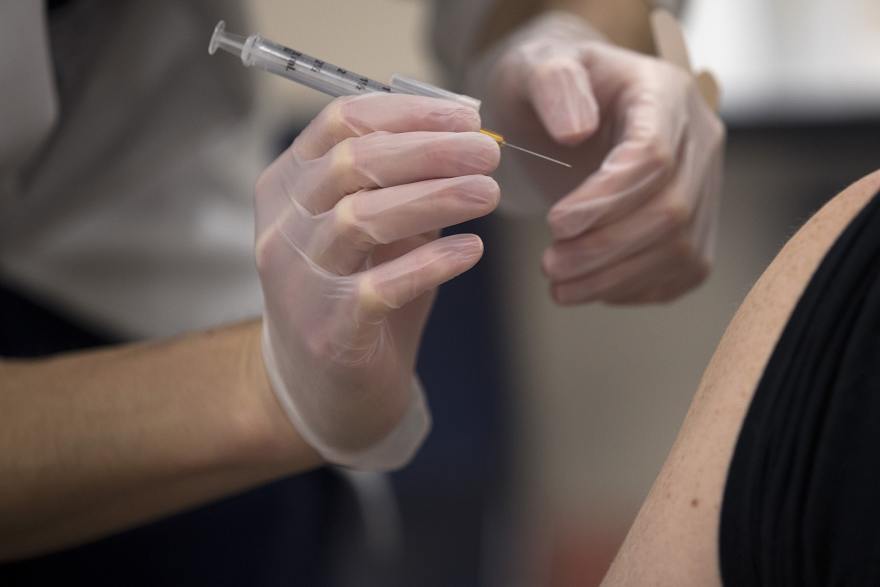 COVID-19 related deaths are trending much higher in Republican counties than in Democratic ones in Washington. That’s according to a new legislative analysis.

The death toll from the “fifth wave” of COVID-19 is hitting Republican counties in Washington much harder than Democratic ones, according to a new analysis.

The findings mirror a recent analysis by The New York Times that found COVID deaths nationally are “showing a partisan pattern” and that COVID is “increasingly concentrated in red America.”

Separately, the Kaiser Family Foundation reported earlier this month that the vaccination rate is 12 percent higher in U.S. counties that voted for Joe Biden than in those that went for Donald Trump in the last election.

The analysis of Washington COVID-related deaths was prepared by legislative caucus staff and shared with the public radio Northwest News Network. It looked at the period from July 4 to September 27 — generally defined as the timeframe when the so-called “fifth wave” of COVID-19 struck, leading to a record number of new cases, hospitalizations and deaths.

The highest death rates were generally concentrated in the 15 most Republican counties in the state, including Cowlitz County which reported 77.7 COVID-19 deaths per 100,000. It also includes Stevens County which has the lowest 12-and-up vaccination rate in Washington and a death rate of 64.6 per 100,000.

“We continue every single day to talk about vaccines being the best tool to combat COVID-19,” said Matt Schanz of the Northeast Tri County Health District which serves Ferry, Pend Oreille and Stevens Counties.

Schanz said that in September alone 31 people in Stevens County have died from COVID-19, up from 10 the month before.

By comparison, heavily Democratic King County – which has the second highest vaccination rate in the state — reported just 6.6 COVID-related deaths per 100,000 residents since July 4, according to the legislative analysis.

Unvaccinated people made up 79.2 percent of the COVID-19 deaths in Washington from February 1 to August 17.

Some heavily Republican counties have managed to buck the high death rate trend. For instance, the legislative analysis showed Columbia County, in the southeast corner of the state, hasn’t recorded any COVID-19 deaths during this time period. Adams County – where the vaccination rate is approaching 60 percent — has a death rate of 9.7 percent per 100,000.

Conversely, some Democratic leaning counties haven’t been spared. For example, Thurston County – where Republican statewide candidates got about 46 percent of the vote in 2020 – the death rate is 26.5 per 100,000 among positive COVID-19 patients. Just 64 percent of Thurston County residents 12 and up are fully vaccinated.

And Jefferson County, a deeply blue county that is the third most vaccinated county in the state, has experienced a death rate of 24.3 per 100,000.

On Wednesday, Caleb Heimlich, the chair of the Washington State Republican Party, said there are factors beyond political affiliation and voting trends that play into COVID-19 deaths.

“Many rural communities have less access to testing and hospitals than more urban counties,” Heimlich noted. “These are just a couple of factors that might contribute to death rates.”

Currently, nearly 70 percent of Washingtonians 12 and up are fully vaccinated, according to the state’s COVID-19 dashboard.

Gov. Jay Inslee, a three-term Democrat, is trying to get that percentage even higher with a mandate that state employees, health care and long-term care workers and people working in educational settings get fully vaccinated by October 18, or face losing their jobs.

“Instead of seeking to persuade, the Governor is mandating vaccines and moving to deprive people of their livelihoods only further polarizing the response,” Heimlich, the GOP chair said.

On Wednesday, Inslee traveled to eastern Washington where he met with beleaguered health care workers in Spokane. In recent weeks, Spokane-area hospitals have seen a surge in COVID-19 patients, some of whom have been transferred from Idaho where hospitals ran out of capacity.

Asked about the disparities in COVID-19 deaths between red and blue counties, Inslee said in a statement: “Life is precious in every county and every corner of our state and that’s why we’re committed to working in each community to help protect and keep people safe”.

Meanwhile, efforts are underway to encourage more vaccine hesitant and resistant residents to voluntarily get the shots. For instance, the Washington Department of Health has created videos featuring Jesuit priests and a Presbyterian pastor evangelizing for vaccination.

In a recent interview, House Republican Leader J.T. Wilcox, who got a mild case of COVID-19 early on in the pandemic, said he too has participated in public service announcements.

“I want those people to decide on their own to get vaccinated and I think more would get vaccinated if we had a less draconian approach to this,” Wilcox said.

While the effort to develop vaccines to protect against COVID-19 began under former President Trump — he called it “Operation Warp Speed” — Republicans have generally shown much more wariness than Democrats to getting the shots.

Misinformation and conspiracy theories about the vaccines have also dominated conservative media and some conservative politicians have amplified those messages.

But as the death toll rises, there’s anecdotal evidence that some people who were previously vaccine resistant may be changing their minds.

“They’re looking at all that cumulative information and saying, ‘you know, now’s the time to get vaccinated,’” said Schanz, who’s based in Colville, Washington.