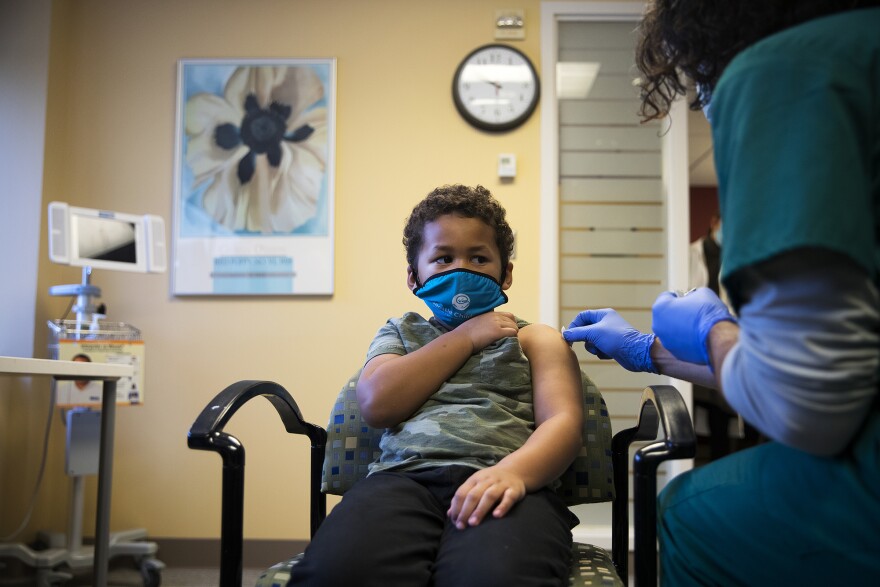 As states from Oregon to New York announce plans to end mask mandates, Washington Gov. Jay Inslee on Wednesday announced that he’s lifting outdoor masking requirements and plans to announce next week a date when the face-covering rules for public indoor spaces and schools will be lifted.

“We did not require masks for symbolism. We required them because they work. And now we believe we’re in a place to transition to a different state,” Inslee said during a press conference in Olympia.

The announcement means the state’s requirement that masks be worn at outdoor events with 500 or more people will expire at the end of the day Feb. 17.

The Democratic governor also announced that the month-long deployment of the National Guard to overwhelmed hospitals and the pause he ordered last month on non-emergent hospital procedures will expire as planned on February 17.

Inslee’s reluctance to immediately announce when the indoor mask mandate will end stands in contrast to a batch of other states that, in domino fashion in recent days, have announced plans to end indoor masking.

They include California, Oregon, New York, Massachusetts, Rhode Island and Delaware. On Wednesday, Illinois also joined that list as Democratic Gov. J.B. Pritzker announced his state’s mask requirement for most indoor spaces will sunset on February 28.

California will still require people who are unvaccinated to wear masks after its mandate expires on February 15.

Some of the states, including Oregon, will also allow school children to stop wearing masks. Oregon’s mask mandate will lift at the end of March.

Inslee, though, noted that COVID-19 case counts are still high and that caution remains the best defense. For that reason, he said, he wants to wait another week to announce when the state’s mask mandate can be lifted.

“We are obviously having conversations and an intensive review of what day it will be and when we can do this. It is no longer a matter of if, it is a question of when,” Inslee said.

In recent days, minority Republicans in the Legislature have sent letters to Inslee asking him to lift COVID-related restrictions, including the face covering requirement. On Wednesday, Senate Republican leader John Braun swiftly criticized Inslee for not moving more quickly.

“It’s very disappointing that the governor chose only to announce an end to the outdoor mask mandate — something most people had forgotten even existed,” Braun said.

Until recently, Washington was among just nine states to still require masks, according to tracking by AARP.

Exactly how the rollback of the mask requirement would work in Washington remains to be seen.

The current mask mandate is by order of the Secretary of Health, but it was issued at Inslee’s direction, according to the governor’s office.

Separately, the Department of Labor and Industries issued masking guidance that applies to workplaces. An Inslee spokesperson said that even if the mask order is rescinded, COVID-19 remains a workplace hazard and whether masks would still be required in work settings “still needs to be discussed.”

The state is also subject to a federal masking order directed at passengers on public transportation.

Washington residents were briefly allowed to doff their masks last year prior to the arrival of the delta variant-driven surge. But in August, amid rising case counts, Inslee announced that masks had to go back on. That requirement has been in place ever since.

Public health officials say masks, if properly worn, are effective in reducing the chances of spreading COVID-19. Nonetheless, some people have flouted the requirement or displayed their displeasure by wearing masks bearing messages like an extended middle finger and the word “Inslee.”

While COVID-19 cases and hospitalizations appear to now be dropping in Washington, disease activity is still at a record high with the state clocking nearly 1,500 cases per 100,000 people per week. Sixty-six percent of the state’s population is fully vaccinated, according to the Department of Health’s dashboard.

In a letter to Inslee on February 1, Washington Senate Republicans urged the governor to lift the state’s masking requirement and other “mitigation policies” by March 23, the two-year anniversary of Inslee’s stay home order.

“We now have enhanced population immunity combined with less severe disease and stable, low death rates,” the Republican senators wrote. “This development requires us to treat managing the disease as endemic the same way we manage influenza season each year.”

A group of House Republicans sent Inslee a similar letter on Wednesday also calling for an end to the mask mandate and other COVID-19 related restrictions.