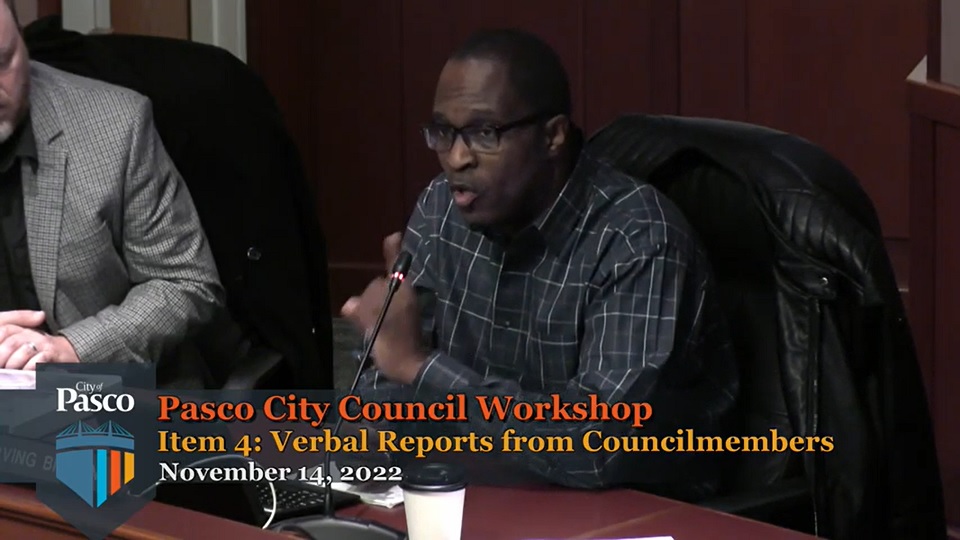 Redistricting in Pasco has raised allegations of discrimination during city council meetings. But this time, the debate is over Hispanic and African American representation.

Pasco City Council Member Irving Brown Sr. defended his appointment to the council during a recent special meeting. He was appointed after the Latina-elected Nikki Torres resigned to run for the state Senate earlier this year.

“I was greatly offended. I’m very disappointed at how I am constantly attacked for just simply being an African American male, who is qualified to sit in this chair and complete the assignment that was given to me by appointment,” said Brown.

Brown’s appointment last July caused controversy among some Hispanic people. That controversy has been reignited now that the city council is discussing redistricting.

David Cortinas, publisher of La Voz and president of the Latino Business Association, is one of the people who publicly expressed disagreement with Brown’s appointment.

“We had three Latinos win. And then, when it’s time to reappoint one of the seats that was won by a Latino, it was given away to an African American,” Cortinas said during public comments for redistricting maps proposed by the city.

Cortinas said he had nothing against African Americans, but a Latina won that seat. He said the council should look like Pasco’s demographics.

But for Brown, the discussions have centered on his skin color.

“We had crossed the line with colorism, racism, and segregation. I watched it. We have come margins from where we were, and I refuse to continually sit on a mute bottom and let someone disrespect myself and my culture,” Brown said at the meeting.

Brown said the complaints he keeps hearing make him interpret that “a Black person cannot sit on the Pasco Council.”

Council member Zahra Roach reminded the public that the Latina elected for that position decided to step down, and Brown was appointed based on merit.

According to the last census, in Pasco, Latinos represent 56% of the population, while African Americans are 2.4%.  Brown is the first African American appointed Pasco Council member in 15 years.