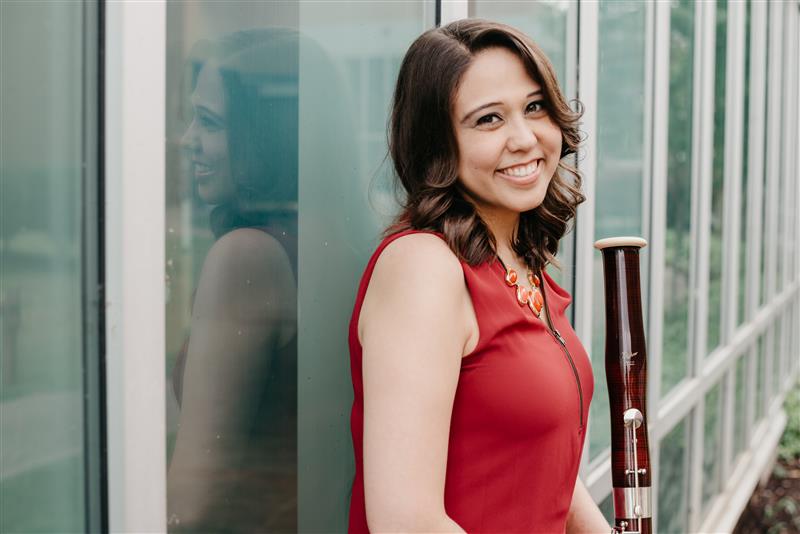 Can an instrument suit your personality? Dr. Jacqueline Wilson of Yakama would say so. She believes her personality fits best with a large, low sounding, double reed woodwind instrument: the bassoon. She serves as Principal Bassoonist of the Washington Idaho Symphony and Assistant Professor of Bassoon and Theory at Washington State University where she performs with the Solstice Faculty Wind Quintet. She recently released a collaborative album, “Works for the Bassoon by Native American Composers”.  In this special episode of Traverse Talks, NWPB’s Hannah Snyder interviews Dr. Jacqueline Wilson (Yakama) about her album, inspiration and unique performing experience. Listen to this podcast to learn more about Native American representation in classical music and hear samples of this new album.

The Personality Of A Bassoon:

Hannah: What got you into bassoon?

Jacqueline: Well, I was a band kid. I came from a low income family, didn’t have private lessons or anything like that, at the time I played the oboe. My band director at the time was Phil Simpson at Southridge High. He is still teaching in Kennewick School District but he’s at an elementary school, I believe. Yeah, going into my junior year my band director auditioned for the upperclassmen bands and a freshman beat me out. And that’s like socially devastating, you know? And so he kind of sat me down and he was like you know, listen, I know you wanna go to college for music. I know that you’re gonna depend on scholarships to do that and that the oboe isn’t really working out but the double reads are strategic for what you’re thinking. And so I wanna switch you to bassoon. If you agree to this, I’ll let you in the big kid band. So he switched me to the bassoon along with this advice and it just turned out to be the perfect fit you know, for my age, for the time, for how my goals had been clarified and for a fresh start with an instrument that was better suited to me and my personality than the oboe.

Hannah: How do you mean? How was it? 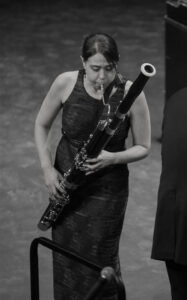 Jacqueline: Well, the joke is like, don’t call the bassoon a big oboe but really the bassoon is a big oboe. If you keep making the bore of an oboe bigger it becomes an English horn and then eventually a bassoon. So there was a lot of common skills that applied things like half holing or using octave keys, the double read itself that held over. But as the oboe gets bigger, so does the target. And so me and my friend Gali joked that the oboe says no. And a lot of times the bassoon also says no but it says no less than the oboe. And so a personality that’s suited for the oboe would be like a problem solver. Someone who loves details, someone who, you know doesn’t get intimidated by that aspect. Kind of the engineer’s mind. You need some of that for the bassoon, but not to such a huge extent in order to achieve excellence. It can be a more laid back approach to that. That’s

kind of where I live. I love the details. I love making lists, I love making spreadsheets, I’m Type A but there was some forgiveness there and some

forgiveness in the fresh start when you need time to catch up was just kind of everything I needed at the time. And so the bassoon kind of became my new best friend.

Hannah: I feel like with your description of the bassoon versus oboe, I imagine you could create one of those online quizzes for–

Classical Music:  A Tool For Cultural Suppression and Rebellion

Hannah: What do you appreciate the most about the indigenous composers compared to what you might hear in a traditional Western composition?
Jacqueline: Yeah, there’s a lot of overlap many times in what I admire in that I tend to be drawn to artists who have a element of personal expression in that which they create putting their humanity into what they create. So for a lot of these Native composers that is an assertion of their cultural identity. And that makes sense, especially when you look at the unique history of cultural suppression and how classical music was used as a tool of cultural suppression. It becomes this really cool act of rebellion and resistance and disruption that is really exciting to me. But in just the same way, you know Dvorak asserting himself as a Slavic individual or Beethoven asserting himself as a practitioner of the Enlightenment and asserting his political ideals, the romantics and their highly expressive way of putting their personal feelings into their art which makes it that much more human and that much more relatable. It’s approached in very different ways, era to era, composer to composer, Western to non-Western but I tend to be most drawn to music that has that element of personal expression. This could only have been created by this individual because it represents their unique perspective.

Hannah: Have you done any research or discoveries about things that were written by Indigenous people that got picked up by white writers, composers?

Jacqueline: Yeah, so probably the biggest example of this in music history is the Indianist composers of the around the turn of the 20th century Dvorak who I mentioned earlier, who’s kind of credited as this fabulous nationalist voice in Europe. Nationalism being a type of music in which the composer brings their national identity into the compositions. And at the time the United States was making concerted efforts to kind of have a uniquely American voice.  The American Conservatory of Music which would go on to be known as Juilliard actually bring Dvorak over for a residency to teach young American composers how to be nationalist.

So typically nationalists would go to folk song and immediately we have to ask the question of what is the folk music of the United States? And Dvorak’s perspective was that the spiritual and Native American music formed what he thought to be the folk material that these non-Black, non-Indigenous composers should be incorporating into their works. This intersects with a legacy of assimilation federal policies that were aimed to assimilate Native people culturally in the form of the residential boarding schools, The Dawes Act, et cetera. Because those were concerted federally funded efforts. The belief was that Native people were going extinct. If assimilation is going to work then Native culture will be eventually a thing of the past. And so there were federally funded ethologists and ethnographers who went from tribal community to reservations to collect stories, melodies and other cultural artifacts. And those are housed in the Smithsonian largely and in published collections by these ethnographers Alice Fletcher, for example, Francis Densmore only because Native culture was seen to be this savage uncivilized thing, they had to be fixed. So you’ll listen to the wax cylinder and it will be A, and then you’ll look at the transcription and it will be altered to fit Western diatonicism or major and minor scales. It will be harmonized, it will have notes added or removed to rhythmically fit a regular meter. So it’s really completely changed in order to be sanitized culturally to be deemed appropriate for Western ears. So when these Indianist composers were looking for this quote unquote folk material they looked to the transcriptions of Francis Densmore and Alice Fletcher. Some of whom’s melodies were collected under really questionable methods from people who were certainly in a power dynamic with them to not contest the collection let alone other insidious means of collecting that we know of. So it’s problematic all around. And so we see this generation of composers using secondary or tertiary sources with really problematic origins. And for a very long time that was thought of as Native representation in classical music and Cadman’s for American Indian songs, for example it’s a very popular example. The Land of Sky Blue Water was in a beer commercial for the very long time because it came from Minnesota. 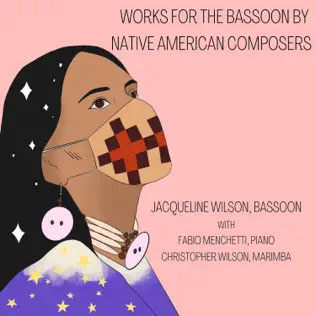 Personality Quiz: What woodwind instrument are you?

Oboe: You’re a technical mastermind and don’t let difficulties deter you. You might be the person who thinks climbing a mountain is a vacation.

Bassoon: You are a dedicated individual and enjoy structure, but with just a little bit of flexibility. Your ideal vacation is a river cruise, with some free shore time built in.

English Horn: Your subtlety is your strong suit. You complement every situation. Your vacation is somewhere quiet with daily walks through the countryside.

Clarinet: You stand out in a crowd. Your passion is always on full display. Your ideal vacation would be a night on the town in the big city with mingling galore.

Saxophone: Your expressive nature is how you really shine. You are empathetic and deeply feel a broad range of emotions. Your ideal vacation is somewhere with ancient monuments of historical importance.