Washington state’s all-vote-by-mail presidential primary looks a lot like a regular election. But, really, it’s not. And this one is different than 2016. It’s earlier this time. Unlike 2016, there’s no Democratic caucus. It requires voters to choose a party preference. And a lot of people don’t like that. It raises the question: Who should get to pick a political party’s nominee for president? 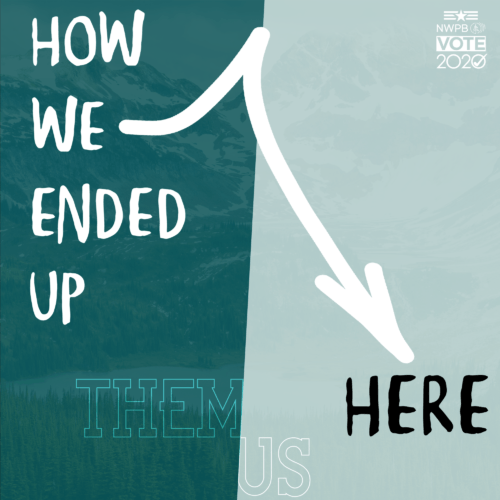 Episode 2 - Who Should Pick A Party’s Nominee?

Washington state’s presidential primary is March 10, 2020. The all-vote-by-mail election looks very similar to any other election in Washington: ballots get mailed out several weeks in advance. They’re due back by 8 p.m. on election day. But this one is different. For a lot of reasons. It’s earlier this year than in 2016. Unlike last time, there’s no Democratic caucus. And it requires voters choose a party preference, which is new, and, frankly, a lot of voters aren’t so happy. Some are unclear and skeptical about what it means in a state that has seen a lot of election system changes in recent decades. And it raises the question: Who really should get to pick a political party’s nominee for president?

Listen and subscribe to ‘HOW WE ENDED UP HERE’ from your mobile device:
Via Apple Podcasts | Via Spotify | Via Stitcher