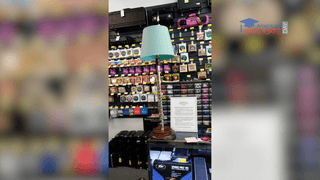 Research shows that music in schools can improve reading and math scores. But not every student can afford instruments.

Imagine if every student in our region had the opportunity to play an instrument, without the worry of cost. Schools in Troy, Idaho and Palouse, Washington are trying to make that a reality.

Matt Zook, Garfield-Palouse School District music teacher and Tera Stoner, Troy Middle School music teacher, are among the many music teachers across the Northwest who believe that music helps build one’s whole self.

“It teaches people how to work together, despite their differences,” Zook says. “To get along, to reach a common goal. To put themselves aside to do something greater than they can do by themselves.”

But Zook and Stoner know that the cost of music instruments might scare off some students, and that’s when they turn to the community. One group from Moscow has risen to the challenge. 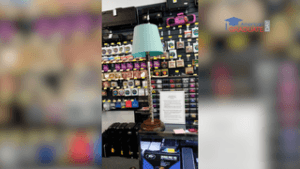 Meet Sigma Alpha Iota music fraternity from Moscow, Idaho. They get together a few times a month trying to figure out how to best help the community with musical instruments in schools.

“The goal is to get more instruments into the schools with all of the funding cuts,” says fraternity member Denise Crossler. “It’s very hard for music departments to have the instruments they need on hand for those who can’t afford them.”

To get more music in schools, the group needed instruments – any and all instruments.

Del Hungerford says the group turned to Spokane and the Palouse region to ask for musical instruments. And they started pouring in. Instruments in good shape would be given away to students who needed them. But instruments needing major repairs, “just sat in the corner,” according to Hungerford.

As successful as the instrument drive was, the fraternity felt they could do more. The un-repairable instruments piled up in a shed. Then Hungerford had an idea.

Instruments that couldn’t be repaired due to cost would be turned into lamps. Those lamps would then be sold at Keeney Brothers music shop in Moscow. Money from lamp sales go into a fund to pay for repairs. Once the repairs were made to instruments that were donated by the community they’d then be hand delivered to local schools.“I’d seen lamps somewhere online made out of musical instruments, and I remember in high school one of my teachers had an instrument made of lamps,” she says. “I’m like ‘hmmmm,’ maybe we can re-use these instruments and make lamps out of them.”

“When we give the schools repaired instruments it’s really fun to watch the excitement on the band director’s face,” Hungerford says. 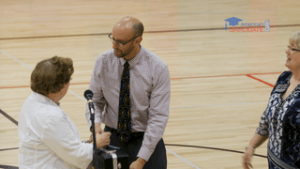 Music teacher Tera Stoner remembers the excitement of a student who received a refurbished trombone.

“His eyes exploded!” she says.

The music fraternity says it’s the most rewarding thing they do. Seeing the students just come to life about music makes it all worth it. Imagine if music was able to touch every student in school.

Crossler says music is an “art, lifestyle, and hobby we can take with us our entire life.”

And with the work of adults who were touched by music at a younger age, the next generation of music lovers has that chance.