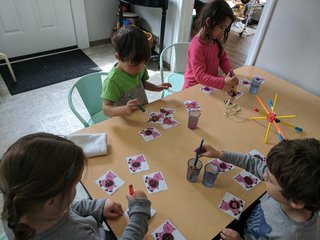 In 2007, Taylor Kowalski’s mother, Cathy, opened what was among Idaho’s first fully inclusive setting pre-schools in Post Falls. In 2016, Taylor saw a need for similar services in Moscow, so together they opened a second location. The Learning Garden serves children age two-and-a-half to five-years-old in their childcare while providing therapy for young children with developmental disabilities – all under the same roof.

“The reason we opened up here (in Moscow) was kind of two fold,” Taylor Kowalski says. “I work both as the director here, and I’m also a therapist.  We had a family that moved from Post Falls to Moscow. They were getting pre-school care here, but one of their kiddos receiving therapy services from us was having a lot of regression in behaviors. I started doing therapy work here in Moscow with her, and over the year and a half to two years that I was doing it I realized there was a big lack of resources in the community.” 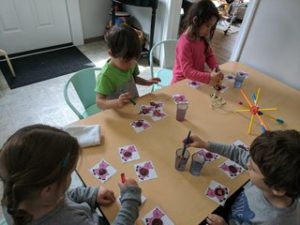 “We adopted our daughter through the foster system here in Moscow, so we knew there was something missing,” Whiting says. “We didn’t know exactly what it was, but our daughter was struggling walking, talking, all these sort of things.”

I really started reaching out to people saying do you know of any local services that can help us?

Nicole and her family started their journey by traveling to Seattle Children’s Center every other week for a full summer.

“I really started reaching out to people saying do you know of any local services that can help us?  And I was given Cathy’s name up in Post Falls. And three days a week I would drive my daughter (there),” Whiting says.

That experience for others prompted the Kowalski’s to open the Learning Garden in Moscow.

“We had families who were in need,” Taylor Kowalski says. “And also because the community at large really needed an example of how to promote an environment that is beneficial for all children.”

Whiting says the last two years have changed the trajectory of her daughter’s life.

“Emotionally, mentally, physically all the way across the board. It’s like we have a different kid,” Whiting says.

The Learning Garden also provides real-world opportunities for university students like Lillie Coleman and Clint Wacholz to experience an all-inclusive learning environment in the course of their studies at the University of Idaho in Moscow.

“I knew coming in that I wanted to work with children with disabilities,” Coleman says. “I want to be an advocate for kids with them because they need a voice.”

“Maybe they didn’t sleep a whole lot the night before and it’s a challenging day for them,” Wacholz says. “That’s when it’s a pleasure to just be here to be a part of their lives, where I can facilitate a positive environment.” 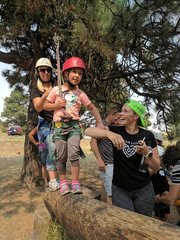 For Nicole Whiting and her daughter, their journey toward inclusive education continues for the foreseeable future. She says her daughter’s developmental progress is still “day by day.”

“You don’t know if a victory today was still going to be a victory tomorrow,” Whiting says. “But there’s been so many things that happened even in the last six months that my outlook is more hopeful than it’s ever been and I think it’s because we started early.  And we found services that worked. And we didn’t give up.”