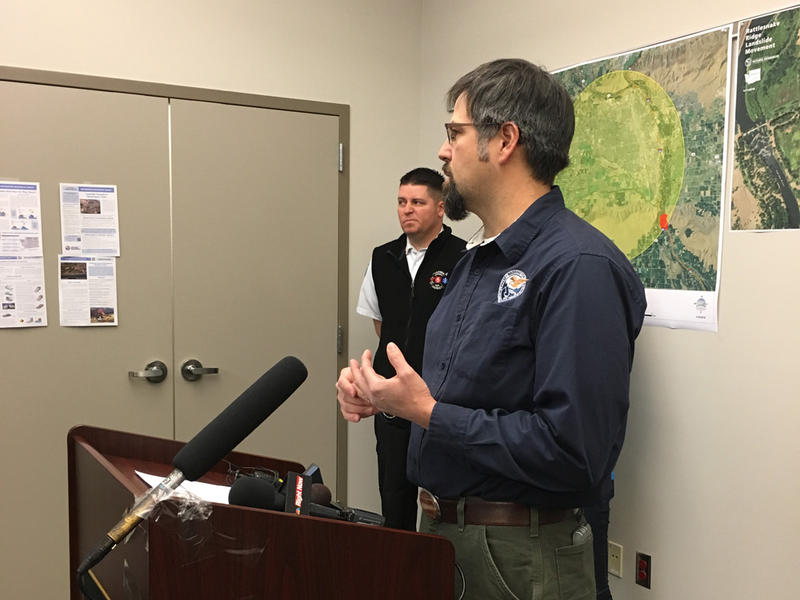 After huge cracks appeared on Rattlesnake Ridge last year, geologists expect a landslide is coming at the mountain near Yakima. But they are having a hard time nailing down just when it will go.

Trevor Contreras is a hazards geologist for the Washington State Department of Natural Resources. At a press conference Friday, he said the Rattlesnake Ridge landslide is moving about 3 inches per day—about 1.7 feet per week.

But since that movement is so consistent, it creates a weird problem for those watching the slide. There aren’t many clues as to when the slide might totally let go.

Contreras said they thought the event would happen from mid-January to mid-March, but now they might push that timeframe out.