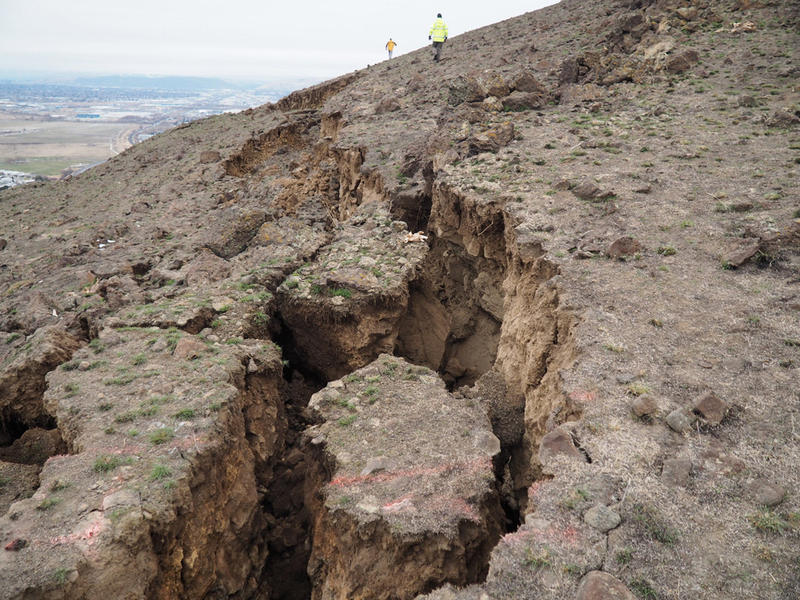 Geology experts with Washington’s Department of Natural Resource have quit making predictions for when a slow-moving landslide near Yakima might break loose.

About 20 acres of the hillside are in motion near Union Gap, just south of Yakima.

Slaughter walked back a previous estimate of early March for when the hillside most likely would collapse into a quarry pit at its base.

“It could potentially run out a little farther. It could just stop,” Slaughter said. “Landslides are really poorly understood, this one especially because we can’t get in the subsurface.”

Slaughter said there is no sign that groundwater is lubricating the underside of the sliding layer of basalt rock. Water is normally a factor in landslides.
“It could self-arrest potentially,” he said.

About 65 people living at the base of the ridge have heeded government warnings and evacuated to hotels or other temporary housing.

Slaughter said the thing that made the monitoring team uncertain is that the slide stopped accelerating. It’s now grinding downslope at 1.6 feet per week.