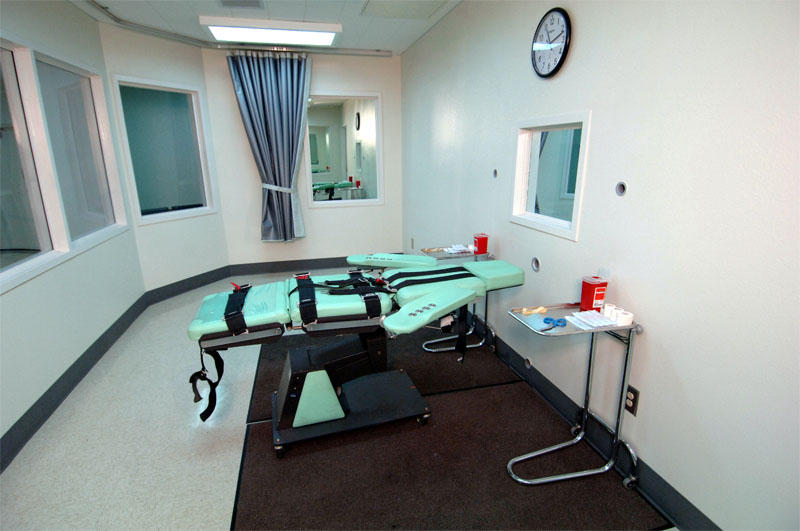 A bipartisan effort to repeal the death penalty fell short in the Washington Legislature this year. But a separate effort to overturn the state’s capital punishment statute through the courts is ongoing.

The constitutional challenge to the death penalty in Washington involves the case of Allen Eugene Gregory, 45, who was sentenced to die for the 1996 rape and murder of Geneine Harshfield in Tacoma.

Gregory is one of three African-American men currently on Washington’s death row. Citing a 2014 report by researchers at the University of Washington, Gregory’s attorneys argue that black defendants in Washington are “more than four times as likely to be sentenced to death as other defendants.”

The researchers analyzed trial reports from more than 300 aggravated murder cases in Washington since 1981. They concluded that while race did not appear to influence whether prosecutors sought the death penalty, it was a factor in whether juries imposed a death sentence—even after taking into account factors like the number of victims and the defendant’s prior criminal history.

Based on this, Gregory’s lawyers are asking the Washington Supreme Court to overturn his sentence and find the state’s death penalty scheme unconstitutional.

“We don’t know what Allen Gregory’s jury was thinking,” said Lila Silverstein of the Washington Appellate Project, one of Gregory’s attorneys, in an interview. “But what we do know based on this study is that had Allen Gregory not been black, his chances of being sentenced to death would have been notably lower.”

The Pierce County Prosecutor’s office, which hired its own researcher, counters that the racial disparity study is fatally flawed and should not be considered by the Supreme Court when it makes its decision on Gregory’s appeal. Specifically, prosecutors challenge the UW researchers’ reliance on trial reports in aggravated murder cases to conclude that racial disparities exist in how the death penalty is applied.

“The trial reports were not designed as a source for statistical analysis,” the prosecution wrote in a January filing with the Supreme Court. “[A] study that limits its information to material contained within the trial reports is unlikely to produce reliable results.”

The validity of the study by the UW researchers has been vigorously debated for nearly two years during what lawyers call “unprecedented” proceedings before a commissioner for the Supreme Court. Last November, that commissioner issued a 97-page report. While the report didn’t offer a conclusion, it did lay out in technical detail the differences of opinion between the UW researchers and the researcher hired by Pierce County.

That report is now in the hands of the justices. But it could be several months before they return a decision in this case.

In recent years, supreme courts in Connecticut and Delaware have ruled the death penalty unconstitutional. According to the Death Penalty Information Center, capital punishment has been abolished or overturned in 19 states.

The last person executed in Washington was Cal Coburn Brown in 2010 for the murder of Holly Washa. In 2014, Washington Gov. Jay Inslee imposed a moratorium on executions. The Democrat later issued a reprieve to Clark Richard Elmore who was scheduled to be executed for the 1995 rape and murder of 14-year-old Christy Onstad, his live-in girlfriend’s daughter.

Washington is one of four states, including Oregon, with a moratorium on executions.

Oregon Gov. Kate Brown kept a moratorium put in place by then-Gov. John Kitzhaber in 2011. Currently there are 32 inmates on death row in Oregon and the last execution was in 1997, according to the Oregon Department of Corrections.

Earlier this year, the Washington Senate voted to repeal the death penalty. The bipartisan vote represented the most significant step towards repeal since capital punishment was reinstated in Washington 37 years ago. However, the bill died in the Washington House.

Gregory is one of eight people on death row in Washington. His appeal to the Washington Supreme Court has the support of 56 former and retired Washington state judges, along with the American Civil Liberties Union and other groups.

Gregory was first convicted and sentenced to death in 2001, but that sentence was overturned on appeal in 2006 because of errors by prosecutors and the court at trial. In 2012, a second jury re-imposed the death penalty on Gregory. 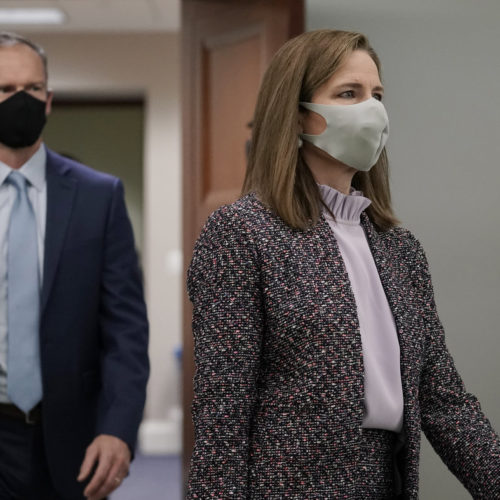 The nomination has become a political lightning rod as Democrats charge that Republicans are rushing it to get Barrett confirmed before the Nov. 3 election. Democrats say the seat should be filled by the next president. Continue Reading Day 3 Of Amy Coney Barrett’s Supreme Court Confirmation Hearings Examine Judicial Philosophy 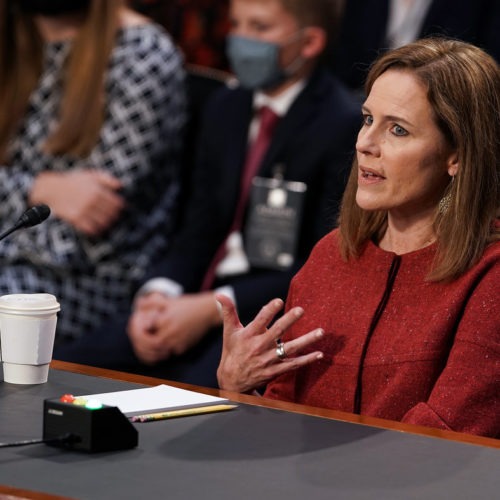 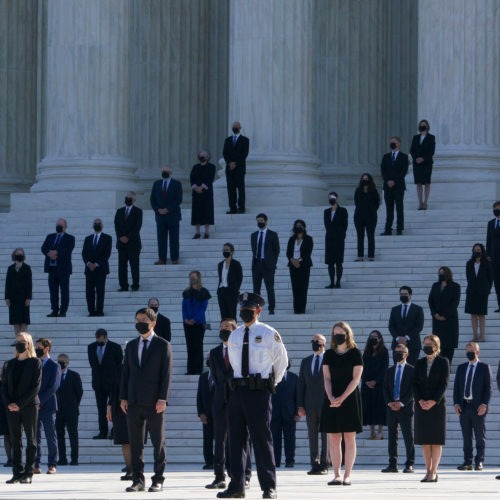