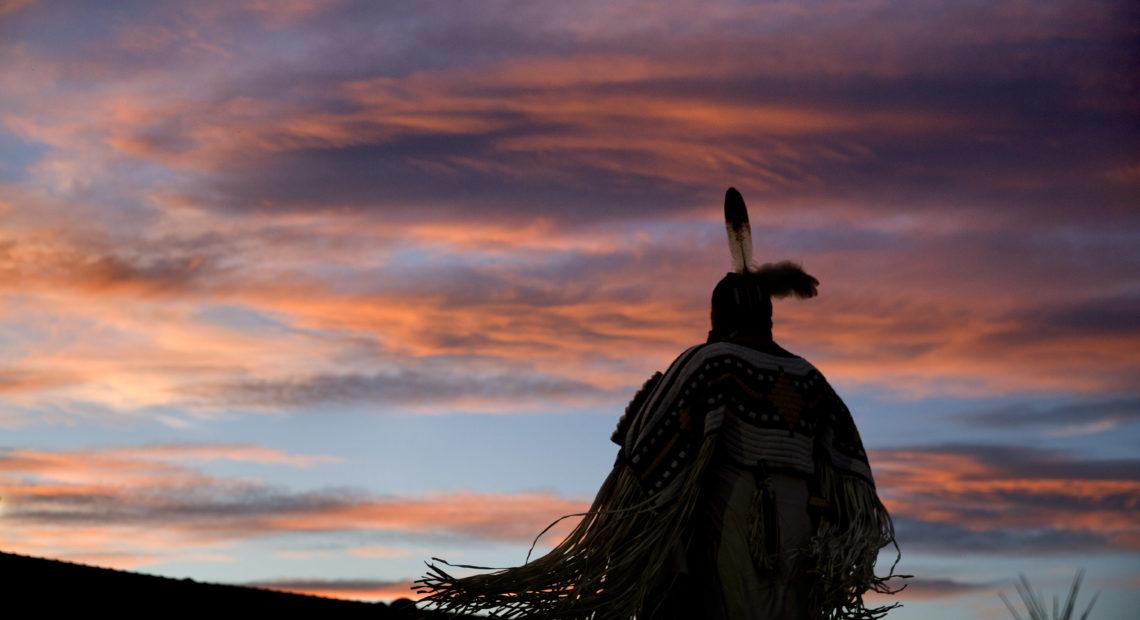 Despite Past Reforms, Native Women Face High Rates Of Crime

For generations, Native American women have been victimized at astonishing rates, with federal figures showing that more than half have encountered sexual and domestic violence at some point during their lives — even amid a wave of efforts aimed at reducing such crimes.

The statistics reinforce arguments that the criminal justice system still fails to protect these women, and its shortcomings again are being exposed as another crisis gains attention: the disappearances of hundreds of Native American and Alaska Native women and girls from across the United States.

In the past decade, Congress responded to the problem of violence against Native American women with intensely debated legislation seeking to close legal loopholes, improve data collection and increase funding for training of tribal police. Those efforts have proven severely limited, however, prompting advocates to again push for more reforms .

“I think the reason that Native women may go missing at higher rates than other groups of people is very similar to the reason that they are at higher risk for domestic violence and sexual assault,” said Sarah Deer, a University of Kansas professor, member of the Muscogee (Creek) Nation and author of a book on sexual violence in Indian Country. “The legal system is simply not functioning properly (to prevent) these types of things from happening.”

At the end of 2017, the FBI’s National Crime Information Center database had 633 open missing person cases for Native American women, who comprise 0.4 percent of the U.S. population but 0.7 percent of cases in the figures obtained by The Associated Press. African-American women were the only other group to be overrepresented in the caseload compared to their proportion of the population. The numbers are considered an undercount, however, given reporting is largely voluntary and some tribes only gained full access to the database under a Justice Department program launched in 2015.

Just 47 of the nation’s more than 570 federally recognized tribes are part of DOJ’s Tribal Access Program , which allows them to exchange data with national crime information systems for civil and criminal purposes. The Justice Department has gradually allocated funding to bring more tribes on board, and up to 25 are expected to join the program in the next year, officials said. Other tribes have limited access via state, federal or local law enforcement agencies.

“We think that’s an important way of ensuring that tribes have the ability to directly deal with the issues on the ground that their families and their community are dealing with,” said Tracy Toulou, head of the Justice Department’s Office of Tribal Justice. 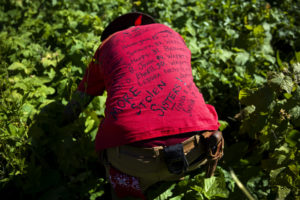 Randy Ortiz wears a shirt with the names of missing and murdered indigenous women as he searches for Ashley HeavyRunner Loring in the mountains of the Blackfeet Indian Reservation in Babb, Mont., Thursday July 12, 2018.  CREDIT: DAVID GOLDMAN/AP

That program was one of many crime-fighting measures in the Tribal Law and Order Act of 2010 , which gave tribes authority to hand down longer sentences while mandating that federal officials do more to train tribal police on evidence collection and provide an annual report on Indian Country crime statistics.

Years later, those data collection and reporting efforts are still in development, funding for law enforcement training remains limited, and the Justice Department’s assistance with public safety on reservations — a role referenced in multiple treaties with tribes — has fallen short of officials’ expressed commitment to Indian Country, according to the Justice Department’s Office of the Inspector General.

In a 2017 report , the Inspector General also highlighted U.S. attorneys’ uneven track record with prosecuting serious violent crimes on reservations, citing data that must be collected under the 2010 law to help improve those prosecution rates.

Before the law, the U.S. Government Accountability Office <a href=