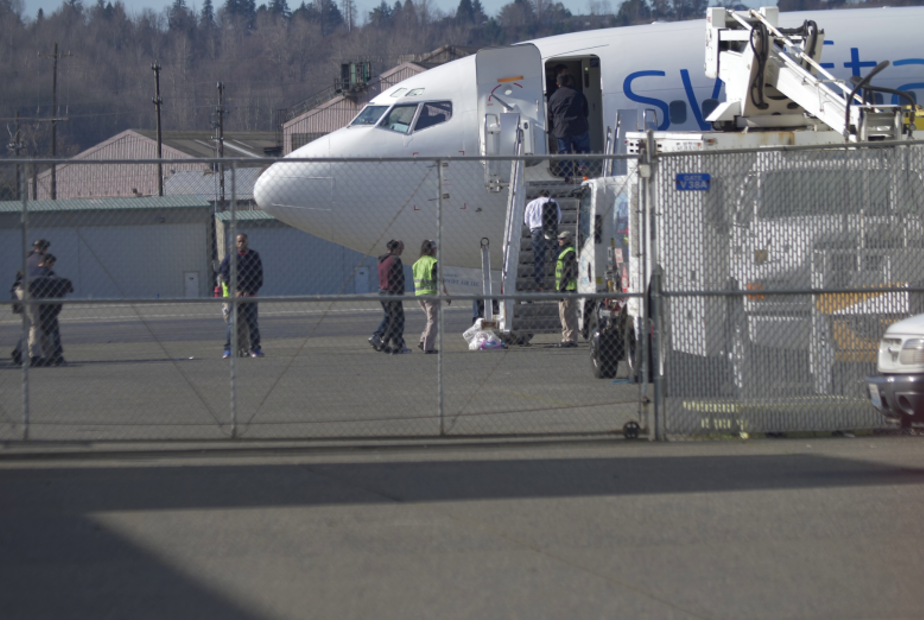 After losing its only flight operator at Boeing Field last week, U.S. Immigration and Customs Enforcement switched to the Yakima Air Terminal in central Washington.

A flight Tuesday morning brought in 42 migrants who were then bussed from Yakima to the Northwest Detention Center in Tacoma.

Another 92 undocumented immigrants from the detention center were then flown south to El Paso, Texas.

“All the individuals were shackled in leg irons and handcuffs,” he said. “The handcuffs were attached to a chain around their waist. The majority were men, most of them were in their twenties.”

Moore asked an ICE agent at the terminal what would happen to the detainees. He was told they would be deported and flown to Mexico City or bussed across the border.

The detainees were asylum seekers who had their cases rejected.

The last time ICE used the Yakima Air Terminal was in 2016.

In a release, the agency said it would “fully utilize its nationwide assets to ensure mission accomplishment.”

Moore said Yakima City Council members suspected ICE might divert flights to their airport, but didn’t think it would happen so soon.

Yakima is about 50 percent Latino and does not have any sanctuary policies in place. Yakima City Council members are monitoring the situation.