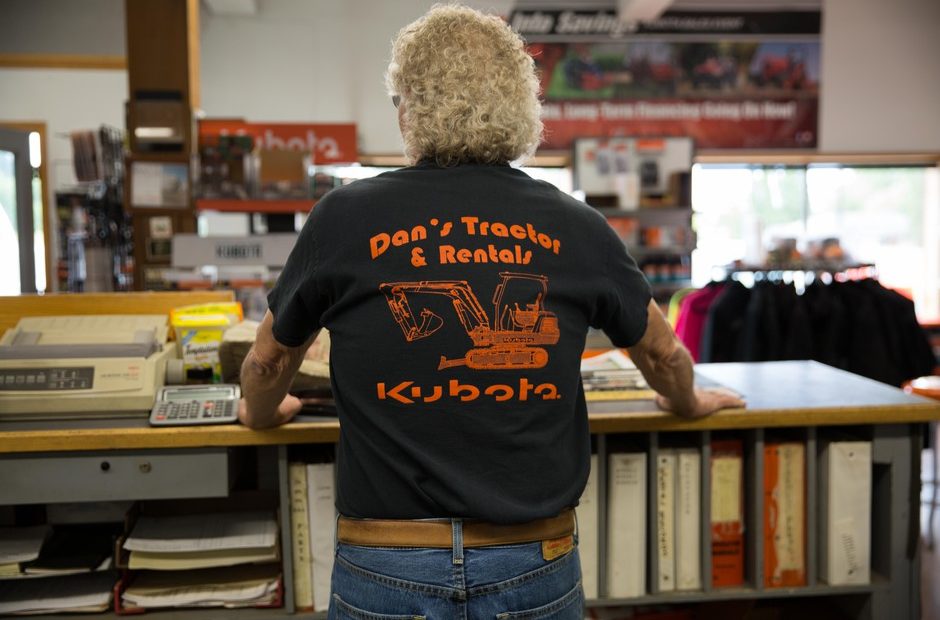 On July 1, Washington stopped letting Oregon shoppers skip paying sales tax at the register, with a few exceptions. Some businesses in southwestern Washington fear the change will drive away Oregon customers who won’t want to cross the river to shop when there is no sales tax at home.

Now it appears some of those businesses might face an additional hurdle in the future. It’s called House Bill 3427 – Oregon’s new business tax.

Take the case of Dan’s Tractors outside Battle Ground, Washington.

Owner Skip Ogden says about 20% of his business came from Oregonians last year. That’s more than $1 million in gross revenue.

At first, Ogden worried about losing those customers to the July 1 sales tax change.

“Knowing these customers like I do, Oregonians do not like to pay sales tax for any reason whatsoever,” he said.

But right before the point-of-sale tax exemption ended, Ogden read a special notice from the Washington Department of Revenue. It basically said: out-of-state deliveries don’t count. If you’re delivering in Oregon, you don’t have to charge retail sales tax.

Turns out, Ogden delivers most of the tractors Oregonians buy from him.

Remember Oregon’s big new business tax? The one meant to inject $1 billion a year more into K-12 education? The one that prompted Republican lawmakers’ first walk out?

Gov. Kate Brown, D-Oregon, signed the tax into law in May, though it could still face a ballot challenge.

Even though it’s often described as a tax on large Oregon businesses, if the new tax goes into effect it will also impact some out-of-state companies that do business in Oregon.

Under the law, if out-of-state companies have $750,000 worth of commercial activity in Oregon they will have to register with the state.

They’ll be subject to the tax itself if they have at least $1 million of commercial activity sourced to Oregon.

What does “sourced to Oregon” mean?

When it comes to the sale of tangible personal property, like tractors, the law states commercial activity is sourced to Oregon, “if and to the extent the property is delivered to a purchaser of this state.”

“Somebody goes up to Vancouver and buys something and then they sell it into Oregon. Certainly sounds like an Oregon sale,” Allanach said.

Still, Allanach said, this could be a gray area. Details of the tax’s implementation will be ironed out in the administrative rules process.

As for Ogden and his million dollars-plus in annual sales to Oregonians, it’s far from clear he’d have to pay the commercial activities tax. For any company, tax liability depends on financial details – like how much gets spent on labor or the cost to the company of the goods it sells.

What is clear is that under HB 3427, more out-of-state businesses will have to register in Oregon. And what Washington can’t tax, Oregon might. 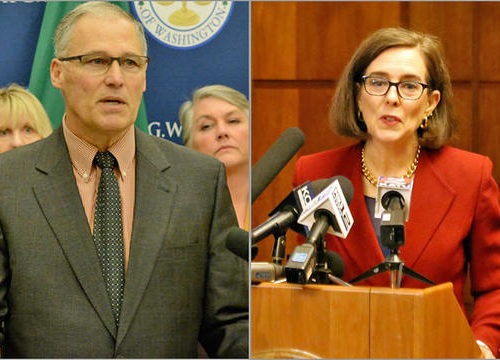 The Democratic governors of Washington and Oregon are condemning the Republican vote in the U.S. Congress to repeal and replace the Affordable Care Act. Continue Reading Northwest Governors Condemn House Republican Healthcare Vote 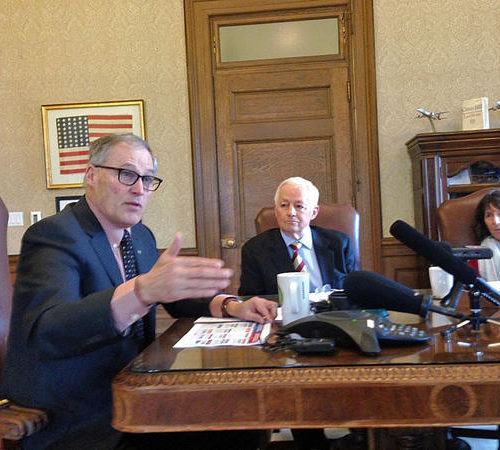 Washington Gov. Jay Inslee is calling the Republican healthcare plan in Congress “a disaster.” Inslee made his comments Wednesday as new projections on the impact to the state were released. Continue Reading Inslee Calls Republican Healthcare Plan ‘Disaster For Washington’