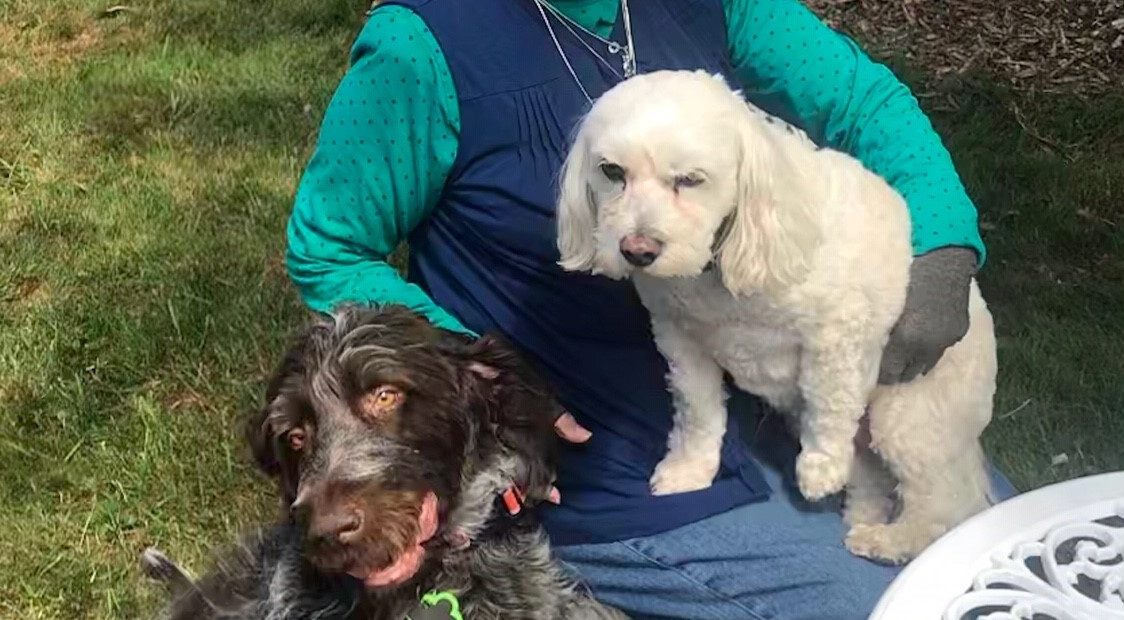 Rosemary, A Proud NWPB Sustainer: “Joshua Johnson Won Me Over” 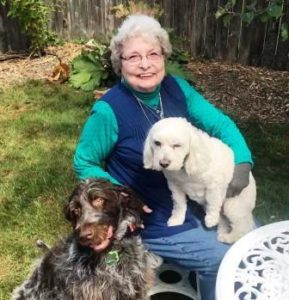 Rosemary with Pixie and Lulu

Rosemary Stevens has been a listener and supporter of public radio since the 1960’s, when she taught Theater Arts in California. In 1991, while helping friends in Anacortes, Rosemary fell in love with the Northwest. She made a permanent move and has never considered moving back. “The scenery was beautiful, but that isn’t why I stayed,“ she said. “I stayed because of the people! Everyone was just so genuine.”

The retired educator shares her home with a Cockapoo named Pixie, and Lulu the Wirehaired Pointing Griffon. She reads, sews, enjoys science fiction films and books that address social issues. Her most recent reads were Becoming by Michelle Obama, Shortest Way Home by Pete Buttigieg, and The Gentle Art of Death Cleaning by Margareta Magnusson. Rosemary balances her serious reads with mysteries.

Rosemary’s favorite program is 1A. She remembers being very upset when Diane Rehm retired, because she could not imagine anyone able to step into Diane’s shoes. But Joshua Johnson quickly won her over. She says he “has the knack for getting to the core of an issue and then explaining it in a way that a broad audience can understand.”

A proud supporter, Rosemary has been contributing to Northwest Public Broadcasting since 2008, and was a sustaining member even before that program existed here! So why does Rosemary support NWPB? “Many of the announcers and reporters have become like friends. I am happy when I hear their voices. When I hear the news on NWPB, I know that what is being reported is accurate and without bias.” 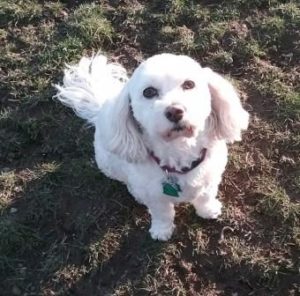 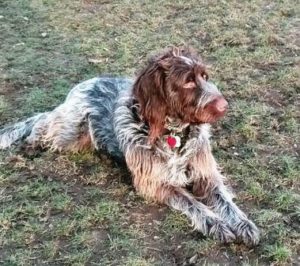