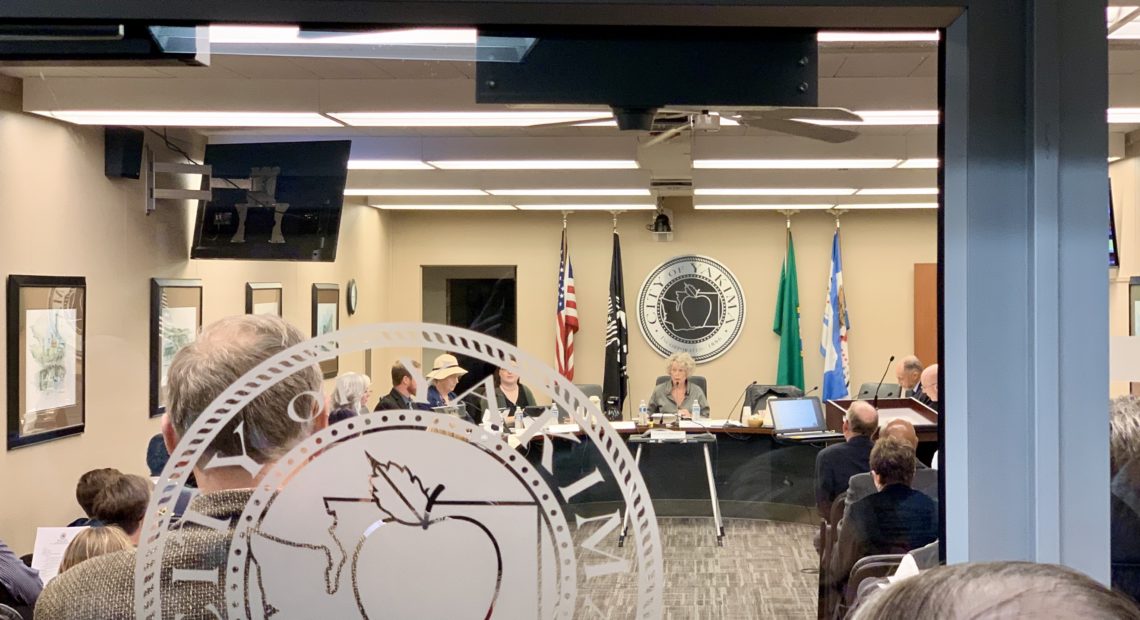 A proposal to change Yakima’s form of government by replacing the city manager with an elected mayor is off the table — at least for now.

City council members voted Tuesday to remove the measure from the February ballot hours after two lawsuits were filed by a coalition of civil rights organizations.

The proposal for a city-wide elected mayor form of government is controversial because in 2014 federal courts found in a Voting Rights Act lawsuit that at-large elections in Yakima disenfranchised Latinx voters. Civil rights organizations like Columbia Legal Services and the American Civil Liberties Union of Washington argued in city council meetings that at-large mayoral elections would again dilute Latinx votes.

Despite those concerns, the city council approved putting the proposal to voters last month with a 4-3 vote.

On Tuesday, Yakima residents Marguerite Jane Wright and Leigh Frances Kronsnoble filed two lawsuits against the city. They petitioned the Yakima County Superior Court to prohibit the addition of the elected-mayor proposal to the February special election. The first lawsuit argued doing so was in violation of the state constitution.

The second lawsuit alleged the city did not meet state law requirements for ballot titles. According to the lawsuit, the ballot title does not identify the city council as the enacting legislative body, exceeds a 10-word limit, and is not specific enough, as it does not include the phrase “strong-mayor.”

“The council is putting forward these proposed amendments unconstitutionally,” Gonzalez Benitez said. “And they’re doing so in a way that doesn’t tell the voters what it would really do in the City of Yakima.”

But now that the city council has pulled the proposal, both lawsuits are likely moot.

The proposed government change is likely to make a comeback on the November ballot — and be met with legal challenges on potential Voting Rights Act Violations as well as violations of state public meeting laws. That’s a concern raised by the Yakima city attorney when the council approved putting the proposal to voters last month. 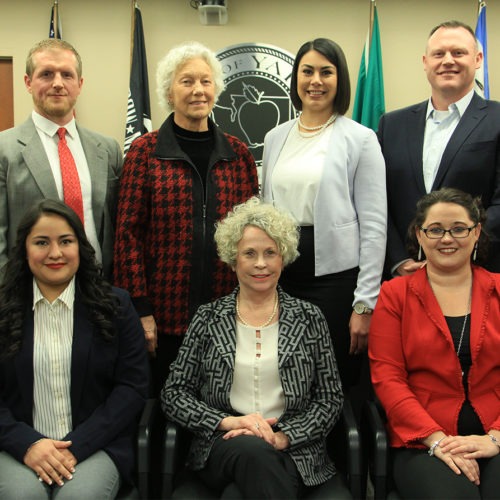 The only Latina candidate running for Yakima City Council appears to have lost her bid. That means Yakima — the population of which is nearly 50 percent Latinx — will likely be governed by an all-white council for the first time since 2015. Continue Reading UPDATE: Latinx People Make Up Half of Yakima. The City Council May End Up With No Latinx Members