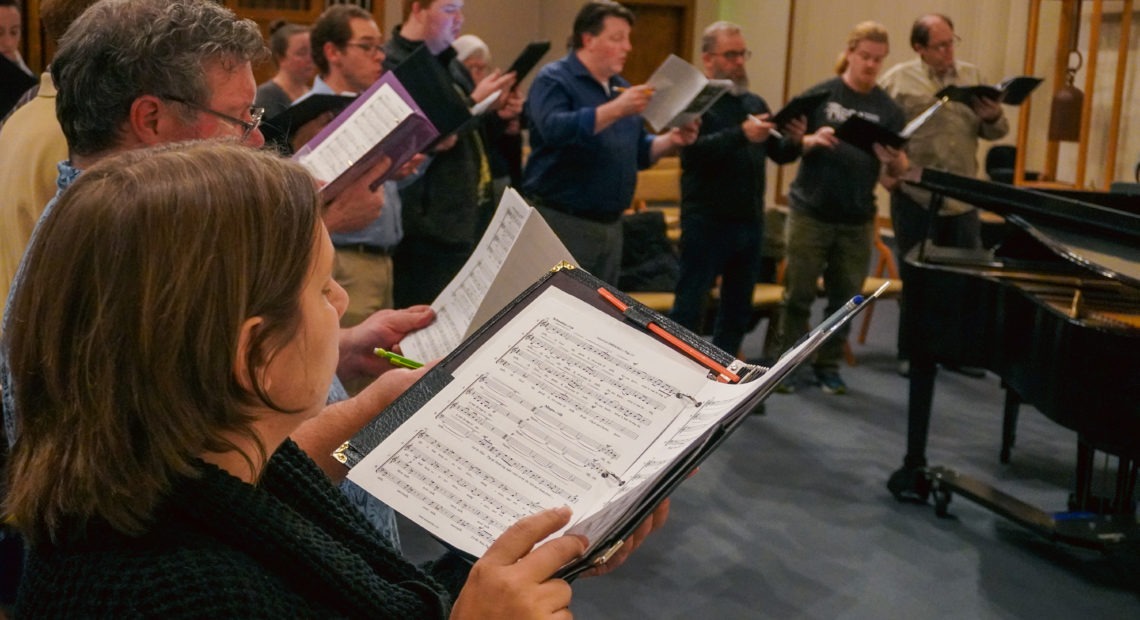 This year the U.S. Supreme Court will decide the fate of the Deferred Action for Childhood Arrivals program, or DACA. That’s a national immigration policy that allows immigrants who came to the country as children to stay.

But for all the attention DACA gets in the news, Daniela Medina says most people don’t know the basics of what it’s like to be one of its beneficiaries.

“Regular questions that I receive are, well, ‘what is DACA?,’” Medina said. “‘I’ve never even heard about it.’ Which is so interesting, because that’s basically my whole life.” 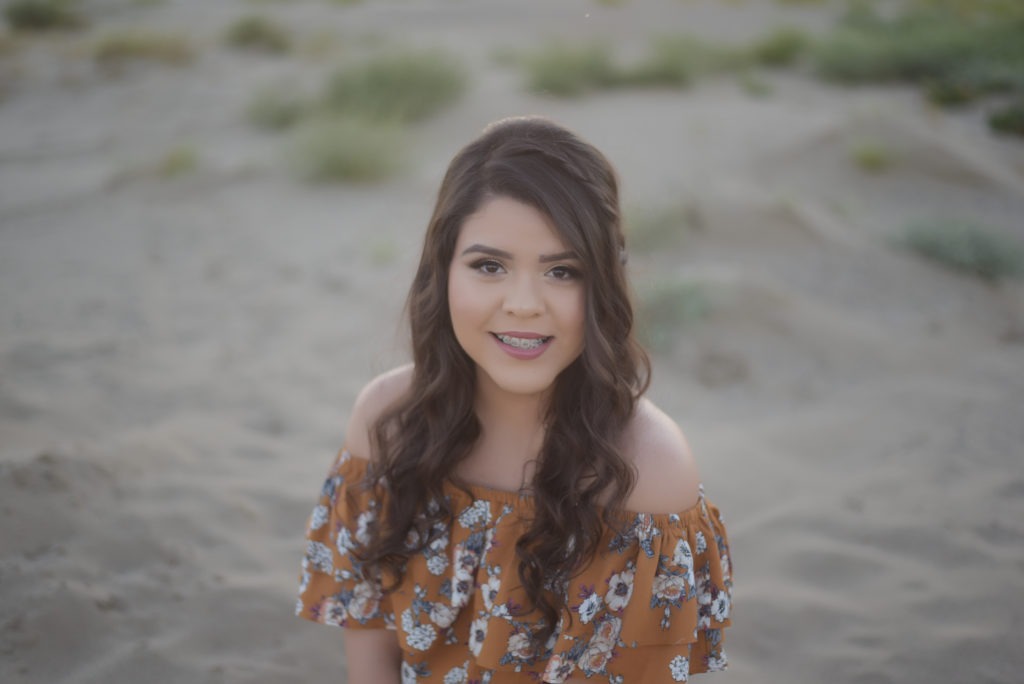 That’s why the Mid-Columbia Mastersingers are holding a concert January 10, 11 and 12 (details here) of music by immigrant composers to tell the stories behind the politics. Medina will speak about her immigration story publicly for the first time at the concert, organized in collaboration with the Tri-Cities Immigrant Coalition.

The concert will include works by composers from around the country and will feature “American Dreamers,” a multimovement work by Philadelphia-based composer Melissa Dunphy.

I was eight years old when I lost my home

My parents waking me to leave

But I didn’t know where we were going.

We had to walk for a long time

And cross a river. That’s when I realized that

We were going somewhere far.

Medina is a first-grade teacher in the Kennewick School District — at the same school she found herself in at age six when she and her family immigrated to Washington from Mexico in 2001.

“Basically my parents had a divorce, and my dad decided to leave us here. And my mom said, ‘well, I can’t really do anything work-wise in Mexico. So I can’t go back there knowing that you guys have no future when I know that I can give you a good future by staying here.’”

Though things were changing in her home, Medina found comfort and commonality with her mother and brother. For young immigrants like six-year-old Medina, navigating a new school system in a new language is often a bigger struggle.

My dad would come to school with me

For the first few weeks

So I could get used to it. It was so hard.

I had one classmate who was Hispanic.

He and I became good friends.

As the years passed, my English improved.

And I adjusted to the American culture.

Everything had fallen into place.

And I was comfortable.

“It was a very traumatic experience coming from Mexico being an excellent student to coming into a second-grade classroom where I knew nothing or felt that I knew nothing when in reality, all of my knowledge was just in Spanish,” Medina said. “I remember crying every single day.”

Medina eventually learned to be a good student in a second language and figured out the new school system. But as she learned the system better and grew older, she ran into new barriers.

“During high school, I applied to scholarships, and that’s when it really hit me: I don’t have a social security number, what am I going to do?,” Medina said. “It’s a big maze you have to go through.”

My junior year of high school, reality hit me.

I found out I could not go to college

Because I was undocumented.

I wanted to be a nurse. My dream,

My dream wasn’t going to be easy to achieve.

Wasn’t going to be easy to achieve.

Still, Medina overcame those barriers and went to college to become a teacher.

“I really understand English language learners because I was one of them,” Medina said. “I really like working with low-income families and families that have the same demographic that I grew up with. 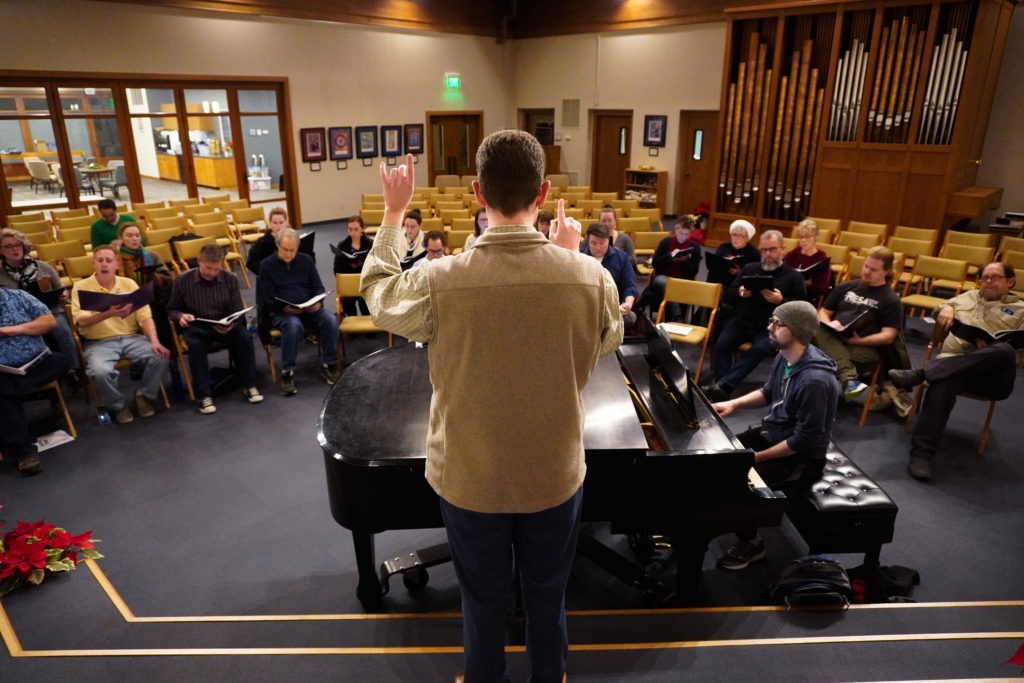 The Mastersingers concert will be the first time Medina speaks publicly about her immigration story. It’s a critical moment for Medina and others like her. Medina says she’s nervous about what could happen next — and how the conservative-leaning Supreme Court could rule.

“It’s almost like we have to prove ourselves even though we’ve gone through so many things already,” Medina said. “My permit expires in 2021. They’d be saying to me that I have two years left in the country. That would mean that I can’t work, I can’t go back to teaching. I can’t really do anything.”

Though losing the DACA program would be a blow to Medina personally, she says losing a teacher like her would be a loss for the first graders she teachers, many of whom are young immigrants.

“For them, knowing that I was one of them really helps them see the world in a different way.  They see that I made it, that I speak both languages like they do and I’m proud of it. They feel a sense of confidence knowing that I am like them, Medina said. “How would they react if I suddenly disappeared one day?”