Civil rights groups are poised to sue Yakima County over their election system, alleging it dilutes Latinx votes in violation of the state Voting Rights Act.

Candidates running for the Yakima County Board of Commissioners must first get past the primary in their district after which the top two candidates face-off in at-large county elections.

In a letter sent to the county commissioners Thursday, advocacy groups OneAmerica and Campaign Legal Center said that system and Yakima’s racially polarized voting prevents Latinx voters in Yakima from an equal opportunity to elect candidates of their choice.

The city of Yakima used to run its council elections under a similar system until a federal court ruled that the election system suppressed Latinx votes and forced the city to redraw its districts and switch to a district-based electoral process.

Another change is needed in Yakima County, OneAmerica spokesperson Robin Engle said in an interview.

“Yakima County’s election system is leaving the Latino community in particular without representation,” Engle said. “Even though Latino folks are over half the population of Yakima county, only one Latino commissioner has ever been elected,”

OneAmerica and CLC sent the Board of Commissioners the letter on behalf of several Yakima County residents, including Rogelio Montes, a plaintiff in the 2012 lawsuit against the city, and former city council member Dulce Guitierrez, one of the first Latinas to serve on the council after the city changed its electoral system.

“As a longtime Yakima resident, I’ve seen the impact that these unfair election systems have on the community,” said another complainant Bengie Aguilar, in a OneAmerica press release. “I’m participating because I believe everyone, no matter their race, nationality or the language they speak, deserves to have a voice in their government.” 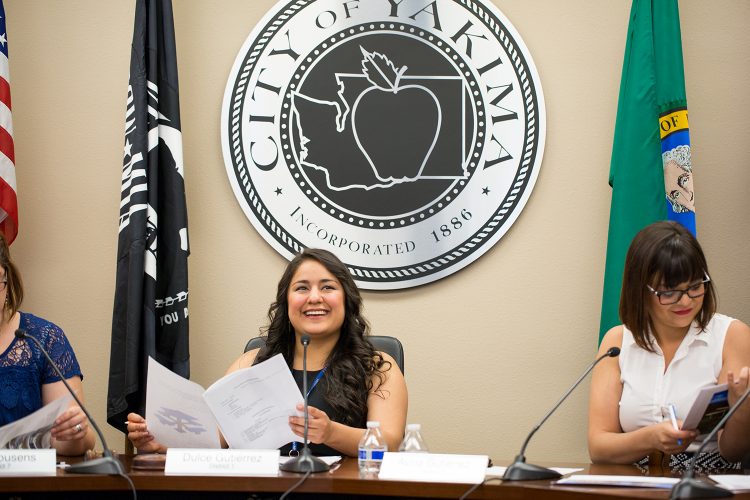 According to a prepared written statement, the Yakima Board of County Commissioners is reviewing the allegations with the county’s legal staff. County commissioners would not comment further until the board “takes steps to respond to the allegations.”

“The members of the Yakima Board of County Commissioners are concerned about the issues raised in the complaint and value the inclusion and participation of all residents of Yakima County in the electoral process,” the statement read.

The allegation against Yakima County comes a month after Columbia Legal Services filed a lawsuit against the county and the city of Yakima for intending to put a change to voters that would let them elect strong mayors in the future. At the time, Columbia Legal Services argued at-large mayoral elections in Yakima would also dilute Latinx voters. The city pulled that proposal from the February ballot hours after the lawsuit was filed.

In their letter to Yakima County, OneAmerica and Campaign Legal Center suggest the county switch to ranked-choice voting, sometimes known as the alternative vote. It means voters rank candidates in order of preference instead of only supporting one in a single round of voting and multiple rounds of counting. Candidates who reach a certain threshold are elected, and excess votes are redistributed to other candidates.

If no candidates reach the winning threshold, the least supported candidate is eliminated and their votes are redistributed.

“Different election systems work best for different places,” OneAmerica spokesperson Engle said. “We believe ranked-choice voting is best for Yakima County because it gives votes the most voice and the most opportunity to make their choices clear.”

Ranked-choice could be implemented in district or county-wide elections, the latter of which would be less expensive over time as Yakima County would not need to redistrict after every census.

Engle said OneAmerica hopes the letter spurs a change in Yakima County’s electoral system. According to the organization’s press release, if the county fails to take action within 180 days, complainants may pursue legal action under the state Voting Rights Act. 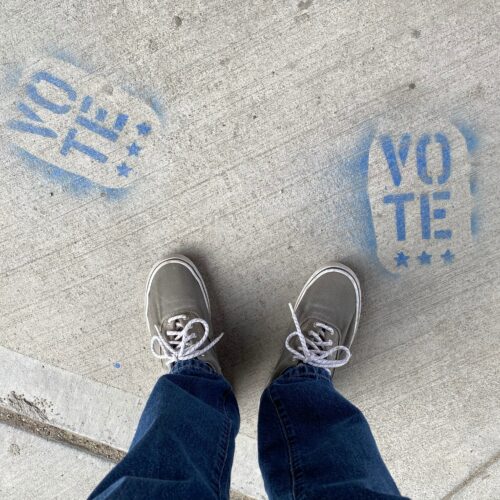 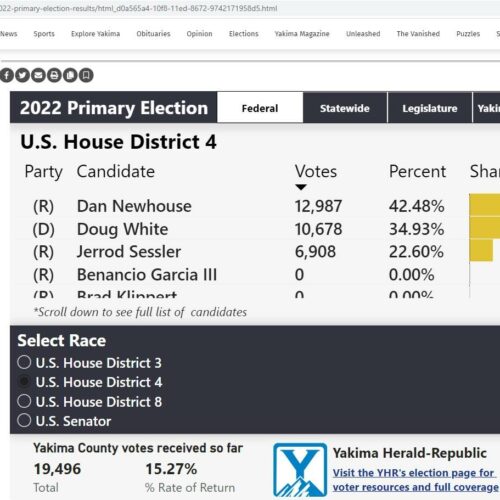