A Libyan comedian previously based in Portland is taking legal action against U.S. Customs and Border Protection after he says he was illegally detained in Spokane.

Mohanad Elshieky says federal officers took him off a bus and questioned him at Spokane’s Greyhound station in January 2019.

The incident made headlines at the time after Elshieky shared his experience on Twitter and incorporated it into his stand-up act. He has since moved to New York City.

He says Border Patrol agents racially profiled him and held him without cause. Elshieky, who was granted U.S. asylum in 2018, was on his way home to Portland after a gig in Pullman, Washington when the officers confronted him in Spokane.

After showing two valid forms of identification, Elshieky says the officers told him that “illegals fake these all the time.”

He was released after about 20 minutes.

In June, the comedian filed a complaint against the federal agency and sought $250,000 in damages. The agency denied his claim, leading to Friday’s lawsuit.

The Border Patrol declined to comment on the lawsuit.

Also Friday, the Associated Press reported on a U.S. Customs and Border Protection memo that said companies like Greyhound do not have to let agents on buses to check for people in the country illegally. Greyhound previously said it has no choice in the matter. 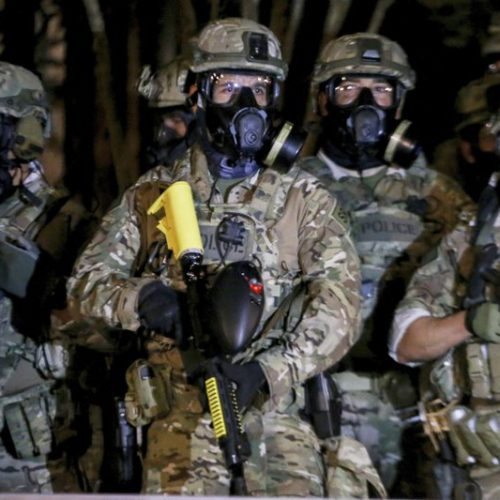