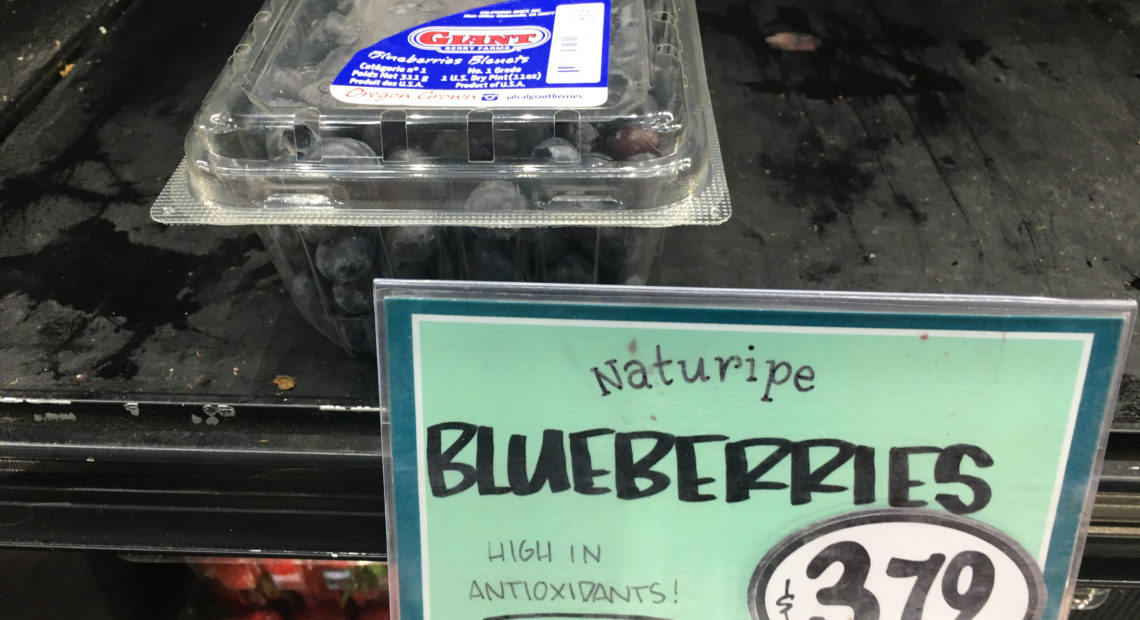 A year ago, blueberry executives and farmers from all over the world celebrated at a scenic winery near Richland, Washington.

But as the wine flowed and chafing dishes brimmed with beef sliders and salmon cakes, there were warning signs for U.S. blueberry farmers.

Imports from Mexico, Peru, Chile and Canada are shipping in lower-cost fruit during the U.S. growing season.

“Now basically, we have Mexican fruit coming in from March all the way to June. We start getting Peruvian fruit come August,” says Rob Dhaliwal, a blueberry grower from Lynden, Washington. “Even in July. Then we start getting fruit from British Columbia. So there is a good 10 months of foreign product coming into the country.”

He says he can’t afford to keep paying his pickers nearly $14 an hour, when Mexican pickers earn a fraction of that.

But Dhaliwal is hopeful that help is on the way. The U.S. International Trade Commission is considering what’s called a “201 Investigation.” If the federal government launches an investigation into whether too many berries are being imported, it could result in tariffs, quotas on how much can be brought in or direct payments to U.S. growers. 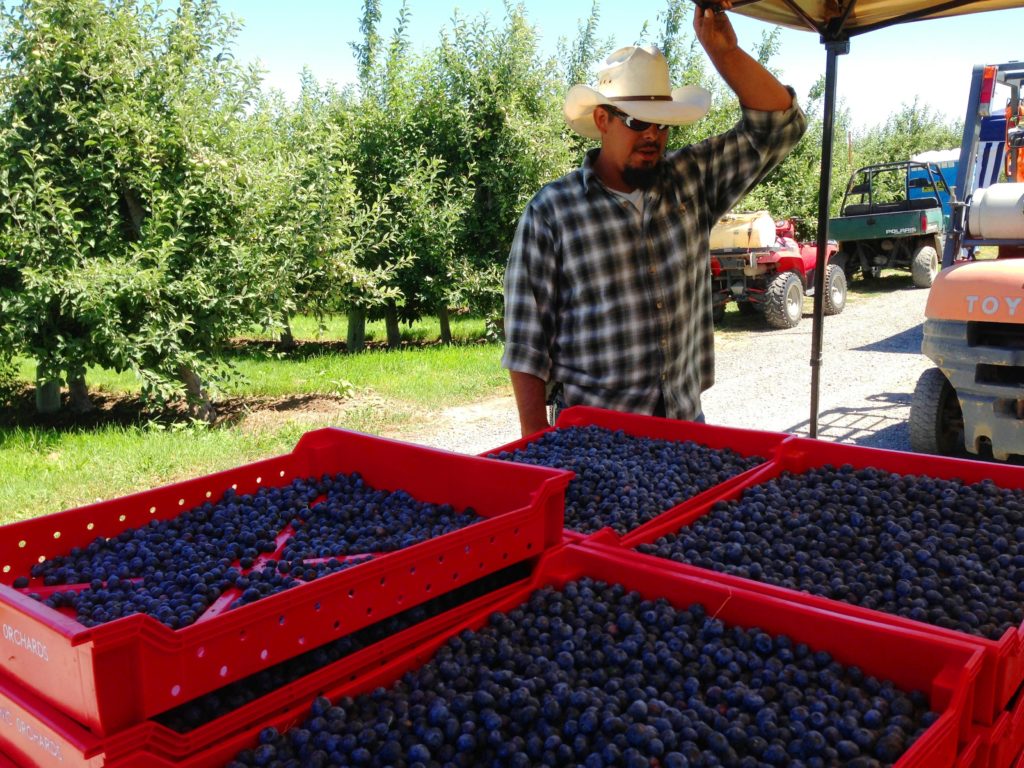 Blueberries are a big, booming business in the U.S. Since 2006, Oregon’s blueberry industry has grown by more than 300% and Washington’s by almost 800%.

Berry growers from all over the U.S. have been organizing Zoom calls to assemble war chests of money to help prove the case that importers are crushing U.S. berry producers’ market. Blueberry commissions in Georgia, Florida, Michigan, California, Washington and Oregon have pledged more than a million dollars to fight imports.

But packers aren’t always on the same side as growers. A recent Washington Blueberry Commission Zoom meeting got heated between a berry packer who supports the domestic growers, and a big berry importer. The moderator had to firmly tell the participants to, “Dial it back a bit.”

Some smaller growers could benefit from higher prices, but packers who deal with Canadian or imported fruit would be at a disadvantage.

Soren Bjorn is the president of the California-based Driscolls, the largest berry packer-importer in the world. It’s been around since 1872. Bjorn opposes the potential federal investigation because, he says, to sell fruit all year long, “… requires that there’s trade across borders. It’s really not possible to grow any of the berries that we represent at Driscolls on a year-round basis in the United States. So our venture out into the world was always about how to make fruit available to the consumers every day.” 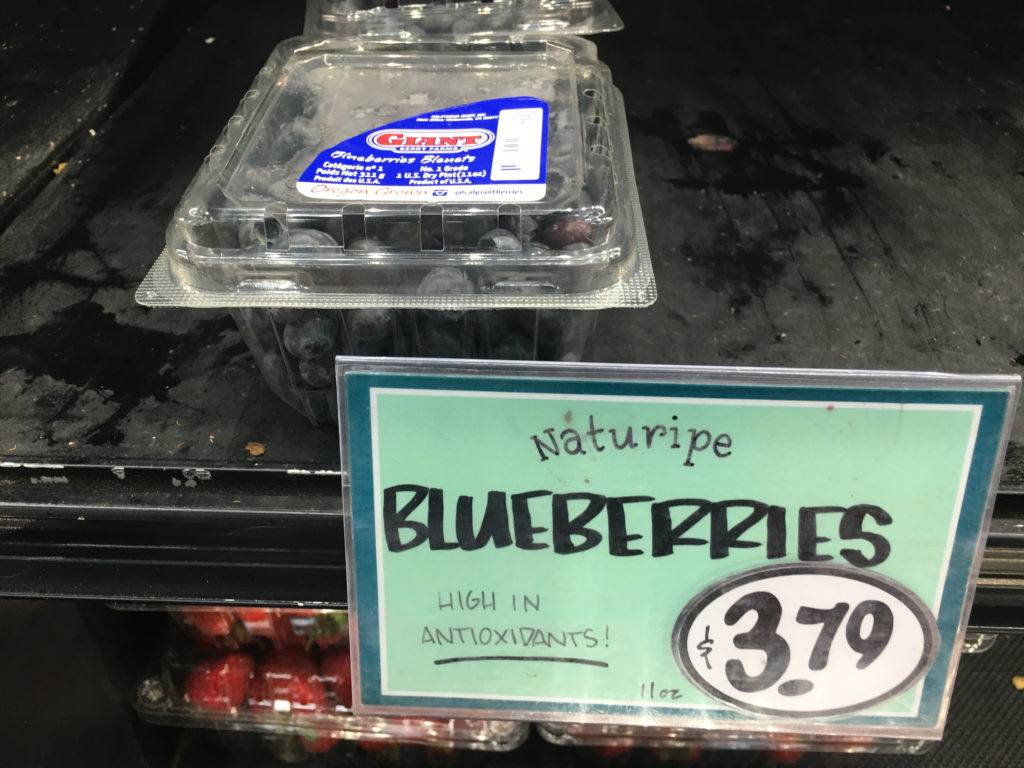 These blueberries, grown in Oregon, were for sale in a Northwest grocery story that’s a national chain on Sept. 29, 2020. CREDIT: Scott Leadingham / NWPB

In Washington, Alan Schreiber heads both the Blueberry Commission and the state’s Asparagus Commission. He previously saw asparagus imports from Mexico and Peru quickly put most U.S. growers out of business.

“It’s just hard to compete,” Schreiber says. “We can’t have unlimited imports from countries that have such a low cost of production if we want to still produce food in the United States.”

The current issue isn’t just tied to the international effect on fresh U.S. blueberries. Asparagus, strawberries, bell peppers and frozen blueberries all might also be packed into the potential federal investigation.

Tom Karst is editor of The Packer, a weekly trade newspaper in operation since 1893. He says the outcome of this investigation may give growers a pause, or some room to readjust and streamline their industry.

If the current Trump administration starts a 201 Investigation, it must make a finding within 120 days. The next presidential administration would act on the results.