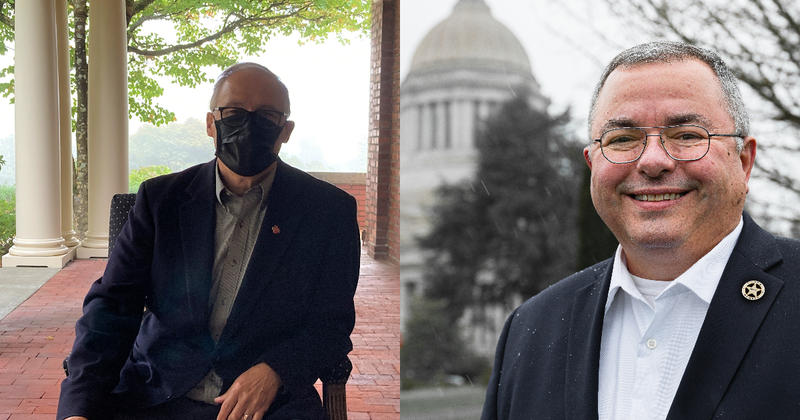 Mask Or No Mask? Washington Governor’s Race Is A Study In Stark Contrasts

–Watch The Debate Between Jay Inslee And Loren Culp

–A Guide To Washington’s 2020 Statewide Races

–Election FYI: Register To Vote In Washington This Year

Washington’s race for governor is a lopsided, yet surprisingly fiery contest this year. It pits incumbent Democrat Jay Inslee against Republican Loren Culp, a first-time candidate. Inslee is seeking a rare third term while Culp is trying to pull off the upset of the century.

If there was a meme for this race, it would be Inslee wearing a face mask next to an image of Culp without a mask. While Inslee has been evangelizing about masks, Culp has been holding mostly maskless outdoor rallies across the state. Those rallies are a symbol of the defiant nature of Culp’s campaign and his live-and-let-live political philosophy.

“That’s called freedom,” Culp said in an interview via Zoom. “And I’m big on individual freedom and liberty. That’s what this country was founded on.”

If that’s Culp’s message, Inslee said his is: “Washington state is a state that is dedicated to loving everyone in this state, saving everyone’s life and following science — and that’s what we’re doing.”

Inslee made his comments during a masked interview under an open-air portico at the Governor’s residence in Olympia.

Inslee has been aggressive about responding to the pandemic. He ordered people to stay home, shut down entire sectors of the economy and imposed a mask mandate. Culp said all of these emergency orders have gone too far and amount to Inslee picking winners and losers.

“You know, if you had a pot shop, or an abortion clinic or a big box store, you could go to work,” Culp said. “But if you had a mom-and-pop cafe, a church, a gun store, a salon, or a barber shop, you had to shut down.”

Inslee acknowledged the economic hardship and is quick to point out that he has recently allowed more re-openings – including bowling alleys and even movie theaters in some places. He said he wants to do more, but suggested the public is in the driver’s seat.

“If we stop wearing masks, if we stop abiding by social distancing, if we follow my opponent and Donald Trump, we are not going to be able to knock these infection rates down,” Inslee said.

Culp said if he were governor, he’d let the public health officials give their best advice and then trust people to do the right thing.

Asked to make the case for why Inslee shouldn’t be re-elected, Culp mentioned the fraud and delays involving unemployment benefits, the loss of federal accreditation and funding at Western State Hospital and even Inslee’s recent faux pas – Culp called it a misdemeanor –  of bringing maggot-infested apples to eastern Washington.

As for why he deserves to be elected, Culp pointed to his life story. He served in the Army, built a successful construction business from scratch and then, in his late 40s, followed his dream of becoming a police officer. He’s now the chief and sole officer of the police department in Republic in the northeast corner of the state.

On climate change, Inslee’s signature issue, Culp questioned the science and said the best thing the state could do for the environment is clean up homeless camps, which he said are a source of pollution.

Culp, who supports President Trump, has galvanized conservatives and gun rights supporters. He said Inslee has lost touch with people trying to raise their families and run a business and who want limited government.

In a recent fundraising email, Inslee’s campaign said “Culp is not one of us” and described the Republican candidate as a “fringe extremist.” It also slammed him for invoking Nazi Germany and Rosa Parks when defending his refusal to enforce a voter-approved gun control initiative in 2018.

While Culp has never held elected office, Inslee is seeking a rare third term after running unsuccessfully for president. He said he really wants the job and that he’s not interested in a federal position if re-elected and if former Vice President Joe Biden is elected president.

“I love this job, I love this state, my grandchildren are here,” Inslee said. “That’s the great anchor.”

Inslee also said he has more work he wants to get done as governor. Specifically he mentioned rebuilding the economy, extending healthcare to more people and building upon policies like paid family leave, as well as investing in clean energy.

On his campaign website, Inslee’s other top priorities include education, justice and safety.

“They’re many things that I’d like to get done in this state that we have made so much progress,” Inslee said. “But when you’re three-quarters of the way building a rowboat, you want to finish it.”

There are also stark differences between the two candidates on social issues. For instance, Culp supports the death penalty and opposes abortion rights – the opposite of Inslee. They also have opposing views on the need to address systemic racism and reform policing in Washington.

Asked about armed citizens showing up in Washington cities in the wake of this summer’s protests, Culp said that’s what happens when “the police are told to stand down.”

“We should call out, as I have repeatedly, all violence from any side left, right, center, north or south that that is not acceptable,” Inslee said.

Inslee noted he deployed the Washington State Patrol and the National Guard to assist cities with their response to unrest. But he also said he didn’t want to inflame tensions and emphasized the vast majority of protests were peaceful.

As of mid-October, Inslee had raised more than $7.6 million to Culp’s $2.4 million. Inslee’s largest donor is the Washington State Democratic Party, which has received $800,000 from the Democratic Governors Association. Culp’s largest source of donors is $216,593 in small contributions. His campaign reports no direct contributions from the Washington State Republican Party. 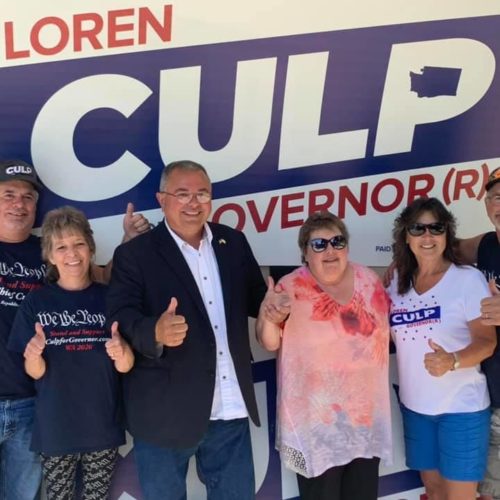 No, Loren Culp’s Run For Washington Governor Didn’t Leave Him Jobless In Republic

After losing the governor’s race last week, Loren Culp announced that his police chief job had been eliminated — a move he said felt like a “knife in the back” by the city council in Republic. He’s not actually out of work — and the city of Republic didn’t exactly ‘defund’ its police department, as the Republican candidate claimed. Continue Reading No, Loren Culp’s Run For Washington Governor Didn’t Leave Him Jobless In Republic 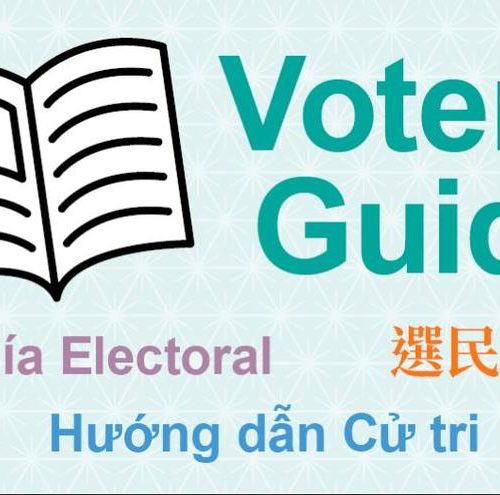 Since 2011, Washington has been an all vote-by-mail state. This year, ballots will be mailed out no later than October 16. They must be returned to an official ballot drop box by 8 p.m. on Election Day or postmarked by that day. Election officials recommend voters use one of the nearly 500 official ballot drop boxes or voter centers statewide. Continue Reading Newcomers, Up-And-Comers, And Almost Lifers: Your Guide To Washington’s Statewide Races