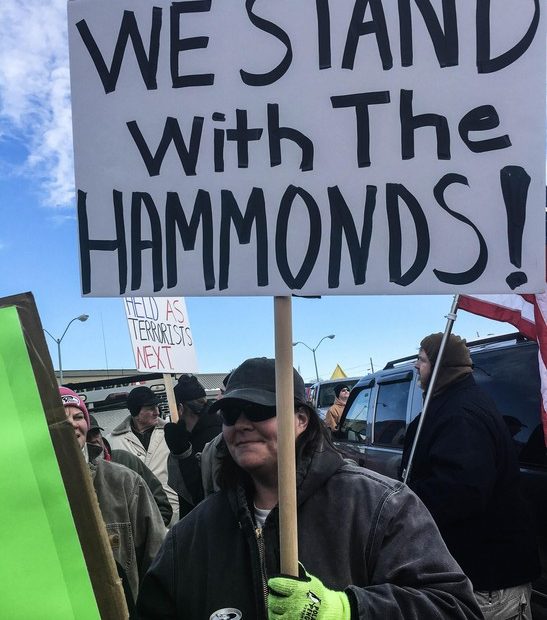 The Biden administration’s Bureau of Land Management on Friday rescinded a grazing permit that was granted to Eastern Oregon ranchers who were previously convicted of arson on public lands.

It reverses the decision by former President Donald Trump’s Interior secretary, David Bernhardt. He had granted the permit to Dwight and Steven Hammond on Trump’s final day in office. The permit gave the Hammonds the right to graze livestock on public land for 10 years.

Friday’s decision comes one day after a coalition of environmental groups sued the government over Bernhardt’s decision. Their lawsuit alleged that Bernhardt cut short the required public and environmental review processes before issuing permits to the Hammonds.

In its notice, the BLM wrote that it had remanded the decision for additional consideration after finding flaws in how the previous administration had made its decision to issue the permit. The government failed to immediately alert the public, resulting in confusion and preventing people from having the full 15-day period to object to such a decision, as required by federal rules.

“We’re grateful that the new administration saw right away that Bernhardt’s decision to grant the grazing permit without the proper public participation could not stand,” said Greta Anderson, deputy director of Western Watersheds Project, in an emailed statement. “We believe when they reconsider the proposed action, they’ll realize there were major substantive problems as well.”

The Western Watersheds Project was one of the groups behind the lawsuit.

The Hammonds’ arson conviction in 2012 led to the revocation of their previous grazing permit. The case was central to the armed takeover in 2016 of the Malheur National Wildlife Refuge, which devolved into a 41-day armed standoff. A jury later acquitted leaders of the takeover, including brothers Ammon and Ryan Bundy.