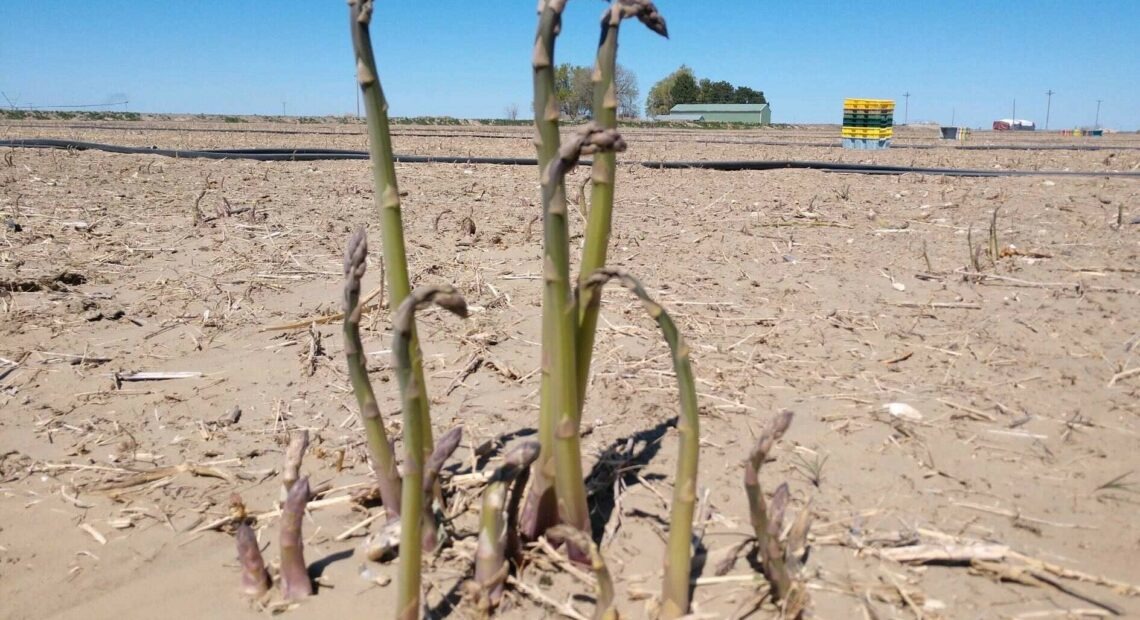 Much of the Northwest’s high country is still deep in good snowpack but short on rain this spring. That has dryland wheat farmers and cattle ranchers fretting. Cold, wind and dust are even wreaking havoc with produce farmers in the region.

“(Recently) we were getting a load of compost for one field, and this wind blast just came up,” says farmer Lisel Zappler, of Eltopia, Wash. “That dirt is just everywhere swirling around you, and you can’t help but taste it. You’ve got grittiness in your mouth, your hair. I had 40 pounds of soil in my socks.”

She says acres of their plastic row covers were blown up. They had to shovel dirt for days to lay the plastic in place again. Their asparagus curled over from the wind. They had to cut it, so more will grow, but they can’t sell the crooked veggies. Even their workers had to retreat to greenhouses, taking cover from the blowing grit. 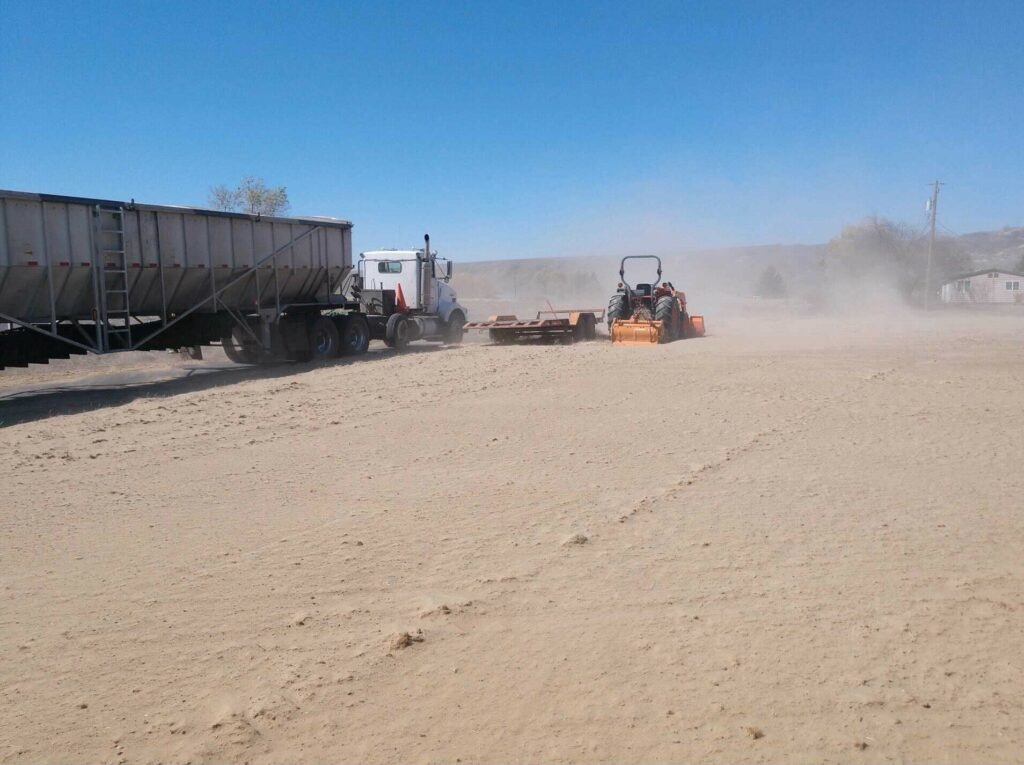 Dry and windy conditions so far in early spring 2021 has made for lots of extra dirt piling up in field and early-season crops for central Washington farmers. Courtesy of Schreiber and Sons Farms

“It’s very frustrating,” Zappler says. “I think the comparison would be if there is a week of rain in Seattle, everyone gets a little axe murder-ish. That’s what happens here after three days of wind.”

Across the Northwest, dryland wheat fields are turning a bluish-green from stress. When wheat gets stressed, its normally spring green leaves turn a bit blue as they curl, sort of like a straw. The plant is trying to protect itself from the drying wind and sun. That’s what’s happening across the Northwest’s farming region east of the Cascades. Chris Herron, a dryland wheat farmer near Connell, Wash., says often what’s good for one crop, is bad for another.

“Every drylander around here hopes that every first cutting of hay in the Columbia Basin gets rained out,” he says. “Of course, everyone who grows hay thinks that’s a rude statement. But we’re hoping we get some rain here shortly.”

Cattle ranchers in parts of southern Oregon say this might be the worst spring they’ve seen for water availability and cold that’s keeping the grass down. Klamath County has already had a drought declared, part of a concerning and historic water-short year for the Klamath Basin.  Jackson County and Lake County are likely to as well. Wheat ranchers in the Northwest say they need two inches of rain over two weeks to set things right.

“And it’s been a long time since it rained two inches in two weeks in Connell, Washington,” Herron says. “I think the last time it did was the (biblical story of a) guy named Noah.”