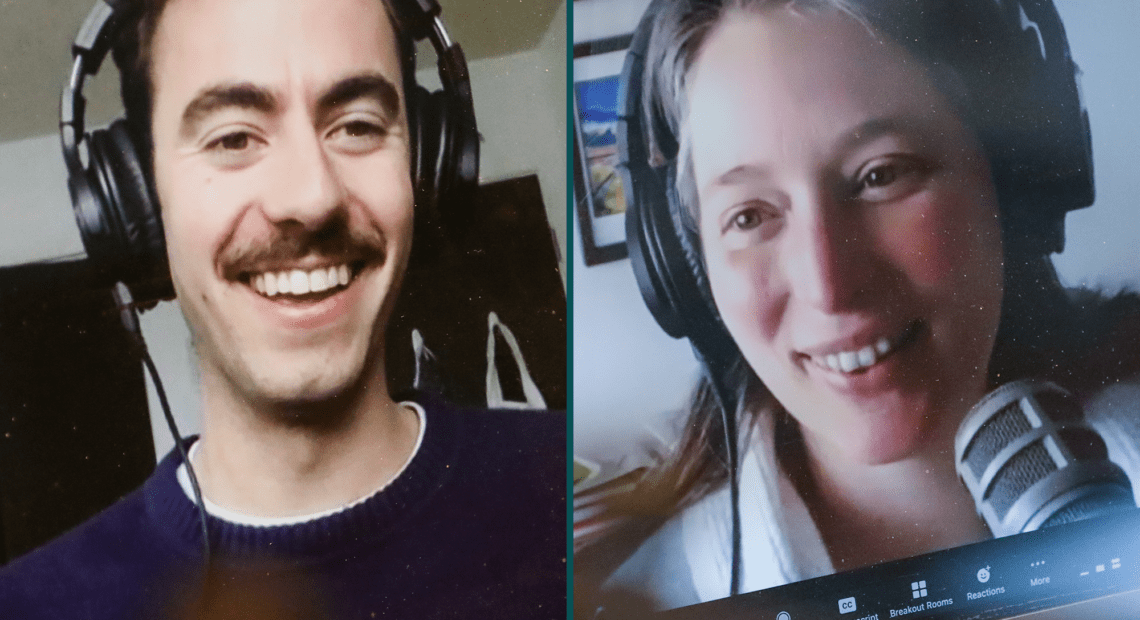 ‘Traverse Talks’ Episode 12: Backyard Harvest On The Importance Of Food And Community

In this episode of Traverse Talks with Sueann Ramella, Will O’Neal and Renee Love, leaders within the organization Backyard Harvest, share how the group serves its community and how both they and many of their volunteers got a close-up view of food insecurity within local households. They talk about everything from the importance of knowing the origin of your food, speaking the truth, and talking through the hard parts of what they do.

Listen to the episode below or stream Traverse Talks with Sueann Ramella, wherever you get your podcasts.

Closing The Disconnect In Our Food Systems:

Sueann Ramella: I would assume everybody knows how to eat or prepare an apple, but on your website, you do acknowledge that there are people who have not necessarily been raised or know how to prepare certain foods.

Will O’Neal: Well, [Renee] that story you were telling me earlier today about the woman in Houston, that seems relevant.

Renee Love: Yeah. So true! We were talking about just how some people are so disconnected from food systems, especially in very big communities. Living in Houston, Texas, there was a grocery store in inner city, Houston that I went to and I bought a bunch of apples. And at the checkout stand, the checkout lady said, what are these? And I went on to say, what sort of apples [they were], Gala or Fuji. And she looked at me like she had no idea what I was talking about. And I ended up saying, apples? And she goes, “Oh, okay.” And rang them up as Red Delicious apples. But that just goes to show that there is a lot of people that are disconnected from our food systems, especially community food systems. And we need to both educate people on how to use them, but then also provide local examples of how this could be grown. Do you want to talk about your experience in suburbia, Will? 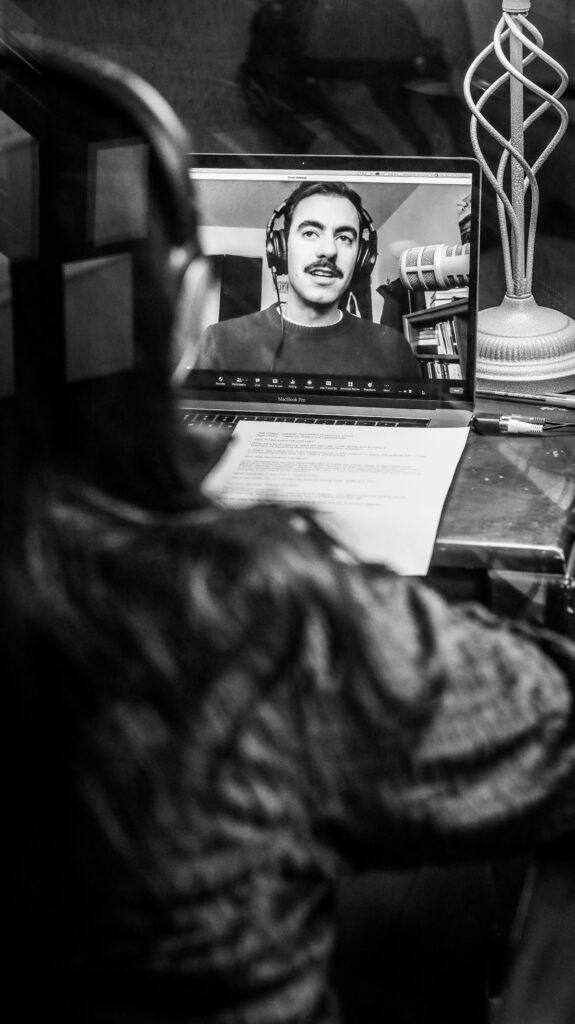 Will O’Neal, on screen, talks with host Sueann Ramella about being a gleaning coordinator for Backyard Harvest.

Will: Yeah. I mean, growing up in the suburbs, I didn’t really realize that food came from anywhere else than the grocery store, you know, and I can definitely relate to the problem of not knowing what to do with food you get. I mean, even this year, working as a gleaning coordinator, sometimes we just had so much stuff and I would take home a little bag of squashes or something. And I learned a lot about cooking squash this year, you know? And plums too. That’s not something we have nearly as much of in the Northeast and I’ve learned a lot of things you can do with plums. It’s really, really incredible.

Renee: That’s why I think it’s so important that Backyard Harvest is not only an organization that strives to reduce the waste of food in our community, but they really work in partnership with the community to connect those to that extra food, to those that need it most. And so it’s really important to just know that there’s so much food that goes to waste, especially in our country. And you saw all the different trees that you collected from the summer and all the different things that people donated and that food would have gone to waste. And instead, how many pounds was it that you were able to provide to people in need?

Will: It was over 20,000 pounds this season. 18,000 of that came just from the Palouse, which was our best year ever in the Palouse for gleaning.

Renee: And there’s a difference between the gathered and gleaned food.

Will: Right. So we have our teams of volunteers who go out with the gleaning coordinator, or a volunteer who’s trained to lead gleanings. And we go out and pick the fruit or the vegetables at these sites, but then we also do get some produce that’s donated, that’s already been harvested by the gardener or occasionally the farmer who grew it and we’ll collect that as well and distribute it to our food access partners.

The Struggle Of Preserving Food All Year:

Sueann: There’s a recent report that says in Idaho, one in six adults is food insecure and the number is one in four children is, or they don’t know where their next meal is coming from. Backyard Harvest sounds like it’s mostly for the spring and summer time. What about the fall and winter?

Renee: We’ve been talking about different ways, maybe food processing or other ways to preserve the food, to get to some of the people in need and still keeping that food local. 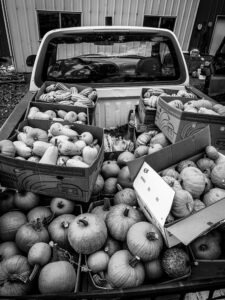 Will: In the fall, especially, we just get so much fruit at one time, right before the frosts come. We have a cooler chalk full of apples and things and a lot of places will already have a lot of fresh apples. So, one thing we are working on is figuring out ways that we can maybe preserve these [foods] so that they can be distributed in the winter when there is a greater need for local food.

Sueann: And I’m assuming it’s not necessarily that you literally have to figure out how to preserve apples, it’s that you need a facility and for it to be legal?

Will: Right. The logistics is the part that we’re working on.

Sueann: Don’t you two find it so interesting that it seems to be a bit difficult to feed people locally?

Renee: And it shouldn’t be, right? The food is here. The people are here, but there needs to be an organization such as Backyard Harvest that connects the two. And so that’s why it’s such an important organization because you know, there’s people in need, there’s food that is being wasted. And you mentioned, what do we do in the winter? Well, one of the bigger crops that we harvested last year was squash. There’s a lot of winter squash included in that. And I think we harvested about 2,500 pounds last year and disseminate it to different food banks. So there is a component where some of this food will last throughout the winter. Even some of the apples, we’re still eating apples that were collected last year, at least at our own homes. So yeah, there is a component where food will last quite a long ways, especially if you have it chilled or dry or in the right conditions.

Sueann: I realize there are some apples that hold longer than others, so you wait to eat those until like deep into February, but that knowledge isn’t always out there or accessible. So this disconnect between our food. I’m wondering if you could speak to the historical part of why a modern day American is so disconnected from their food source and how to prepare it?

Will: The way our food system is set up is that the vast majority of our food is coming from large scale growers, who more likely than not, are not local, maybe not even within the country. So this food is coming from far away, which means, we don’t know the people who are growing it. We don’t know where it’s coming from. I think in turn we might value it less. I think one of the things I’ve seen with Backyard Harvest is that when people see this food and where it’s coming from and who’s growing it, you got a greater appreciation for it. You kind of understand that this food is actually being grown somewhere and means a lot to eat something.

The Insecurity That Comes With Being Food Insecure:

Sueann: I feel as if we need to educate the greater populace that those who partake at food pantries, aren’t always people of color or, you know, down and out poor mothers, that it is everybody who needs help right now. 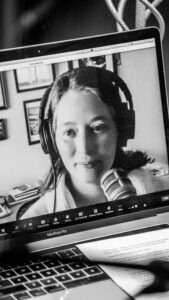 Board member for Backyard Harvest, Renee Loves talks about her personal experience with food insecurity as a child.

Renee: I grew up in a household as well as a kid who needed this sort of service and my parents, at least, were a little too proud to go to the food pantries and get food unless we really, really needed it, which was often, but they got by anyway. I remember, when they would go, we had giant containers of peanut butter, canned veggies. We didn’t have the fresh local foods that Backyard Harvest strives to provide. If you’ve ever had canned peas versus fresh, they’re a different deal. I didn’t even realize that fresh peas could be what they were. So, growing up with a food insecure childhood, I mean, this is what at least motivates me to be part of Backyard Harvest and to help out with the organization because I experienced that food insecurity as a kid. And I want people to be able to hands down, just be able to get food. Feed their families and their kids without any worries.

Sueann: Renee, thank you for telling us your story, because I think that’ll encourage others to open their minds and also realize that they can partake. And there’s nothing wrong with that. Speaking for your parents or perhaps your insight into what is this perception that people are afraid of to ask for help? Is that an American thing? Is that a class thing?

Renee: I think both of those things, really. I mean, when you ask for help, you are basically saying that there’s a problem. I think my parents didn’t want to admit to there being a problem, [or] at least that they couldn’t make enough money to provide for us. So there’s an amount of individualism and pride that’s associated with that, but you know, they had three kids to feed. So you have to weigh not feeling comfortable asking for food and on the other hand, feeding your family. In fact, I’ve had conversations with my parents recently and they said, ‘We’re sorry, we realize that there’s a lot of people that needed assistance and we really shouldn’t have felt that way and we should have utilized those programs a little bit more.’ So that has been pretty incredible for me to hear because there is nothing wrong with saying I need help. There’s government programs and nonprofit organizations that offer this help and we’re doing it because we know there is a need and we want to help people and make sure that especially children are well fed. 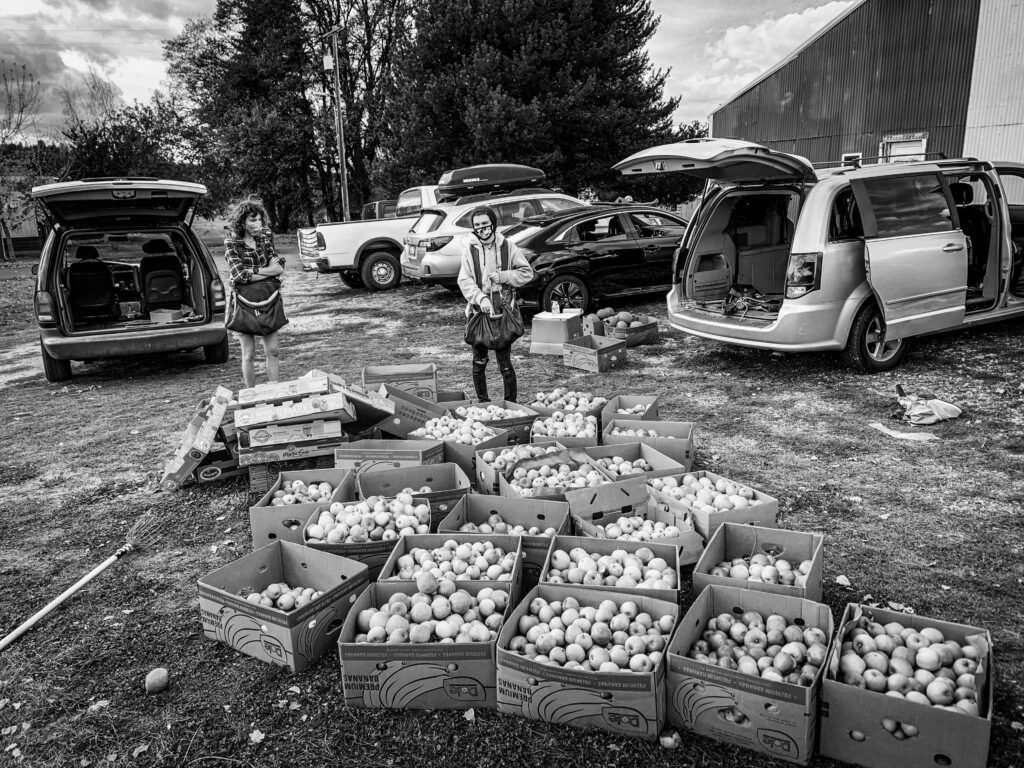