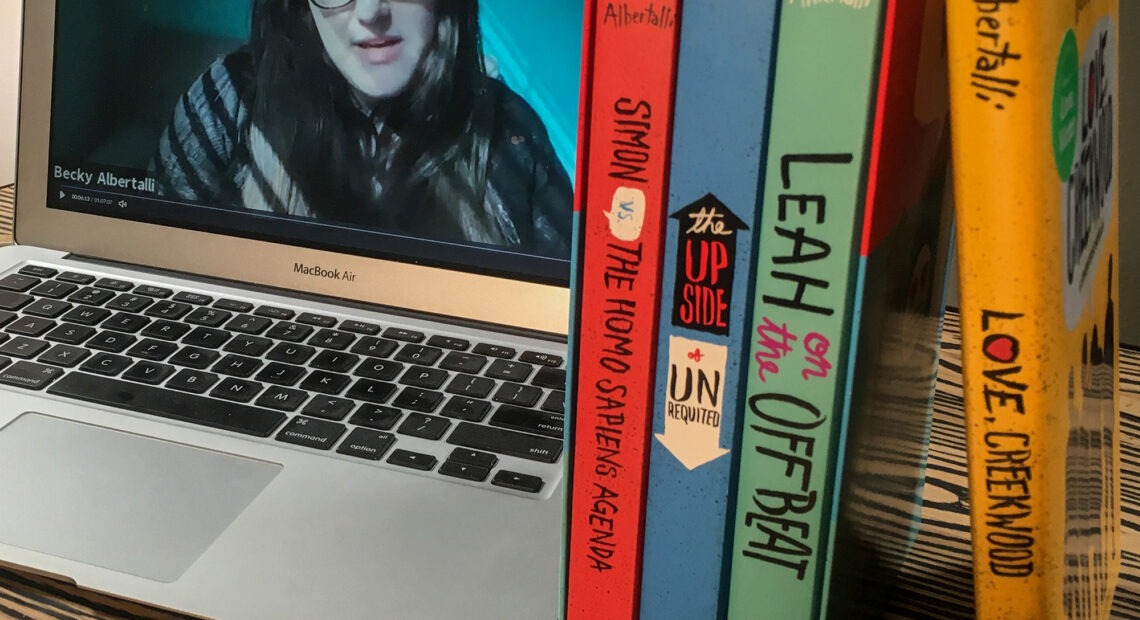 In this unique episode of Traverse Talks with Sueann Ramella, NWPB’s Scott Leadingham interviews author Becky Albertalli. The two talk about identity, representation of LGBTQIA+ books in grade school libraries, and how people come out and present themselves to the world.

Becky is most famous for the Simonverse, a series of young adult fiction novels. Her first book, Simon vs. the Homo Sapiens Agenda, was adapted into the 2018 film Love, Simon.  The second season of the spinoff Hulu series Love, Victor comes out Friday, June 11.

Listen to the episode below or stream Traverse Talks with Sueann Ramella, wherever you get your podcasts.

The Beauty of Literature that Surprises You

Scott Leadingham: I wouldn’t say I’m a romantic, or into romance as a genre. I will say this in my defense: When Harry Met Sally is among my favorite movies and hands down, I think has some of the best writing ever. I mean talk about quotable lines.

Sueann Ramella: Mhmm. “I’ll have what she’s having.”

Scott: Exactly. Yes, probably the most quotable line from that movie, but there are many others. I mean, one of the best movie lines ever, one of my favorites, from Harry, toward the end, “I came here tonight, not because I’m lonely, but because when you realize you want to spend the rest of your life with someone you want the rest of your life to start as soon as possible.” Other than that movie, I wouldn’t say I’m much for romance or even rom-com stuff.

Sueann: I feel like there’s a, ‘but’ coming here, Scott.

Sueann: That’s the one about a gay teen, coming out movie?

Scott: Yeah. I mean, pretty standard for 2021 where we are now,  but in 2018, when it came out, it was revolutionary in the sense of a big time Hollywood movie taking on this subject in a rom-com sense.

Sueann: So you watched the movie and?

Sueann: So why did you dive deeply into these books? What worked well for you with these books?

Scott: If I knew that, Sueann, I would tell you, but I knew I wanted to talk with someone who might be able to shed some light on that.

Sueann: So here we go, presenting your chat with Becky Albertalli. 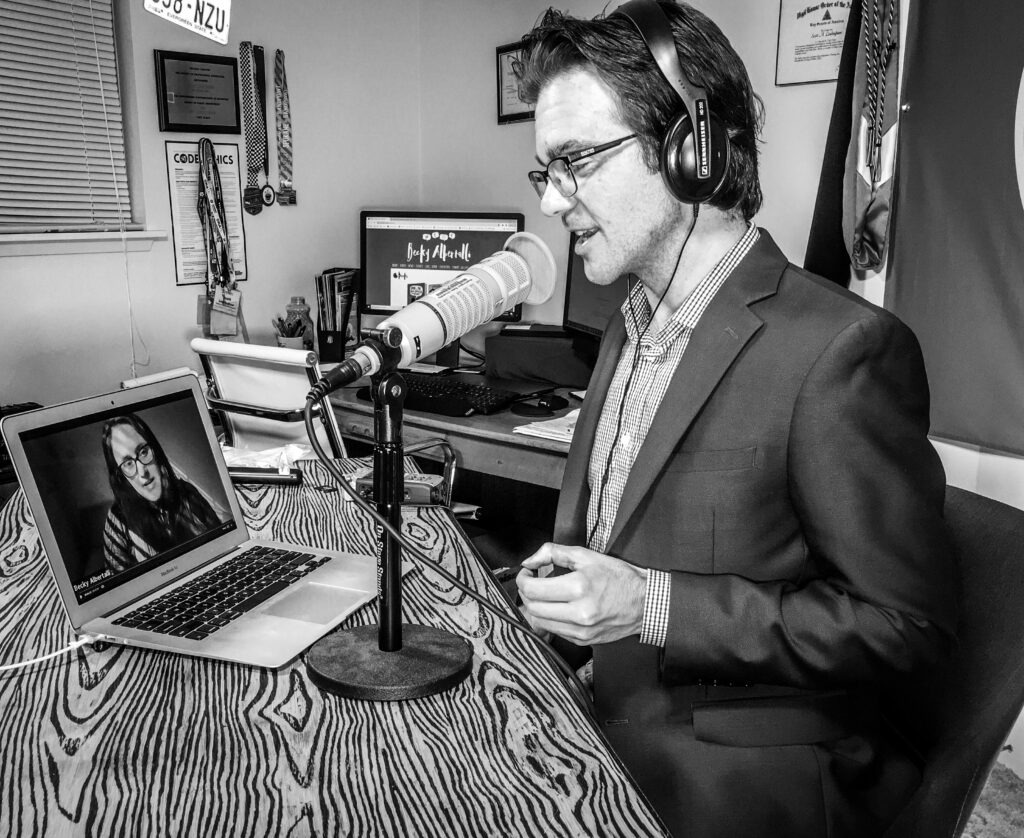 Scott Leadingham: I mentioned to you previously that I had ostensibly bought the collector’s edition of the Simonverse novels.

Becky Albertalli: The box set? I love it. [Laughs.]

Scott: I had ostensibly bought them to put them in my mom’s high school library. The same high school that I went through and of course, there was really nothing like that in the high school when I was going through in the early two-thousands. I read them multiple times to double and triple check that they were quote, unquote, OK for a high school audience. Not because of what you’d written, but because how people might perceive them. So, have you gotten any of that sort of feedback or pushback of like, well, these are for teens, but they’re “dirty,” and how do you respond? 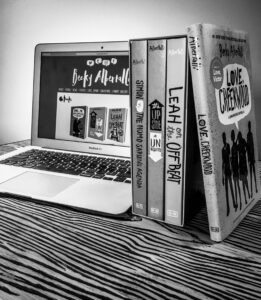 Becky: Yeah, it presents very inconsistently sometimes, but I have gotten some. When we think of censorship in schools, I think, we think of parents protesting a book and it being removed from the library in a big way. And that absolutely happens. I see it less with high school, but a lot more with middle school. With young adult books, like mine, it’s a little hazier. Sometimes, it’s almost as if a book has a certain number of strikes against it, that would kick it out of the library. A queer book gets a strike for being queer, then a strike for the F-bombs and then a strike for drinking or something. So, therefore, if you had two books that were kind of identical in content, but one was a cis-het narrative and one was queer, the queer one would be seen as less appropriate in certain settings. Although, there are people in the book community who are like on the ground in the schools, who are waking up and going to bat for these books, for their kids, for their students. Everyday. It’s much appreciated.

Scott: You mentioned some terms that maybe not everyone are familiar with if they’re not in the LGBTQIA+ space. You said cis-het, if you could just explain real quickly what those terms are shorthand  for and what they mean?

‘There’s No One Right Way’

Scott: You wrote in August of 2020 a very personal, revealing and I imagine, pretty tough to write, Medium post. I glommed onto it and I really appreciated it. I want to read a little bit from that: “… but labels sometimes change. That’s what everyone always says, right? It’s OK if you’re not out. It’s OK if you’re not ready. It’s OK if you don’t fully understand your identity yet. There’s no time limit. No age limit. No one right way to be queer.” So what led up to you writing that? And what were you saying in that?

Becky: That is absolutely one hundred percent what I believe, that labels can change, that there’s not one right way to do it. We know all that, but the ways in which we interact with each other online doesn’t make space for that, in my experience. You know, I did the thing that so many queer people have had to do before me, had all these really awkward conversations with a lot of friends. That was all very normal queer experience in some ways. Then I posted something on Instagram and it kind of migrated to Twitter, as I knew it would and it was shared pretty widely. It was awful. It was traumatic. It’s hard to talk about, but by being vague, as I was a bit vague in my essay, people just don’t believe you. I just wasn’t believed.

Scott: People thought it was performance art. That is what you were accused of.

Becky: Oh, I was accused of a lot. Unfortunately, for me, my coming out didn’t have to be hard. But it ended up being really hard because it had to happen on such a large scale. 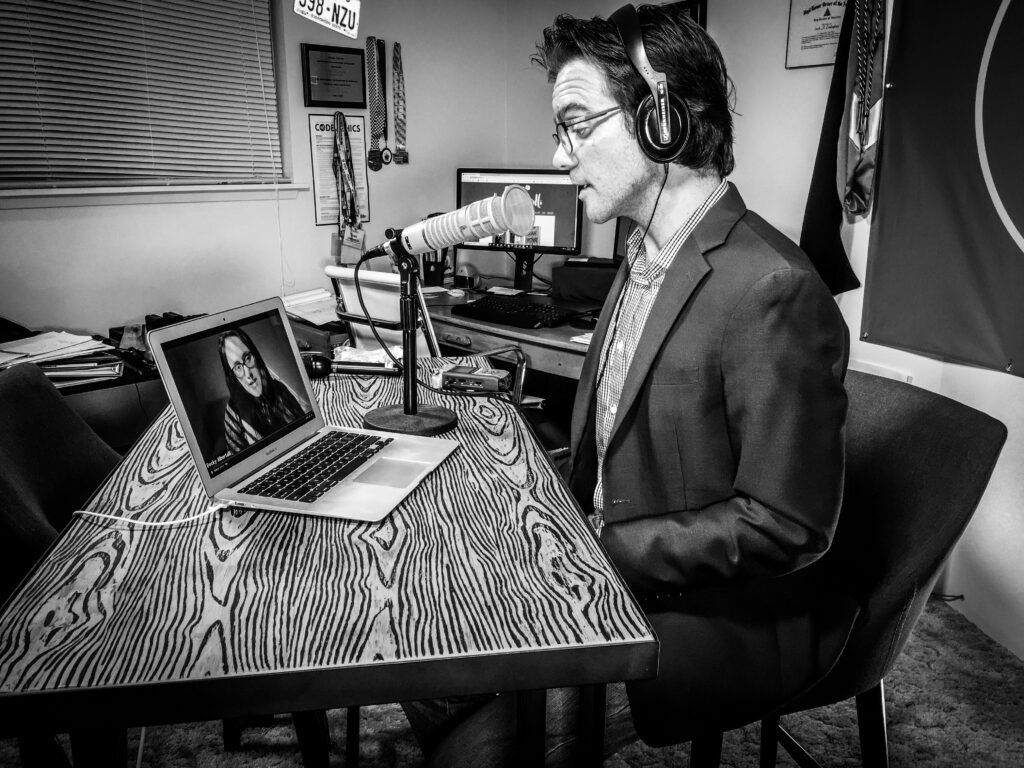