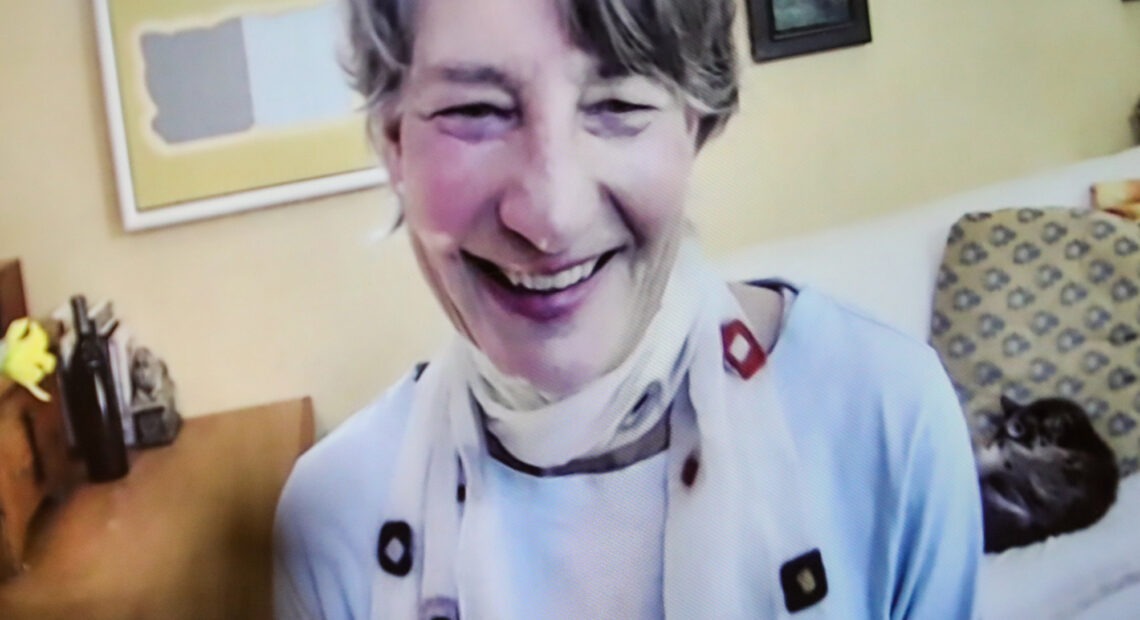 In this episode of Traverse Talks with Sueann Ramella, author Christine Hemp talks about her latest book, a memoir Wild Ride Home, finding red flags in relationships, taking care of aging parents and always keeping your true north. Christine is not only an author, but poet, musician, speaker and teacher. Her work as been featured on NPR, TEDx, Humanities Washington and the Harvard Magazine, among others. Listen to her episode below or stream Traverse Talks with Sueann Ramella wherever you get your podcasts.

Sueann Ramella: Wild Ride Home is not just for horse people. What I have pulled out of it is a lot about relationships and your personal experience. It is, of course, your memoir, but specifically there’s some areas I would really like to talk about. First is this moment when you have this horse, Buddy, and your training with a man named Ken, he notices that Buddy essentially disrespects you and Ken says that’s not OK. So how why did that moment resonate with you? 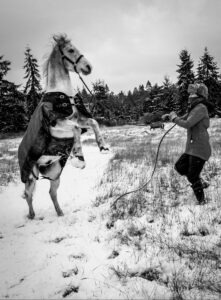 Christine Hemp: Well, it was a beautiful moment and I would say that moment helped me understand another relationship (in my life). But that moment with Buddy was really revelatory to me because I thought Buddy was being affectionate and of course I was so smitten with him that I just adored him. And though he wasn’t being mean at that moment, there was a moment when he was entering my bubble without my permission. So that was a pivotal moment for me. I began to learn through Buddy very, very subtle moments in human relationships as well.

Sueann: With your former fiancé. If you don’t mind, could you explain why you liked this person enough to want to marry them but then how it fell apart?

Christine: I think there were moments of pure unadulterated excitement about being with someone who seems like a kindred spirit. I often called it to myself, high octane. He was very, very smart. Very talented, but also had a deep wound in him, that I could not see then.
I was not prepared for the kind of actual psychotic behavior that happened with my then fiancé. It was just so spooky to have the reality shift within that relationship. I don’t mean physical abuse, but psychological sort of aggression that was very confusing to me. But I do keep my true north. When I finally stepped back to see what was happening, it was clear that I just had to leave.
Sueann: How did you stay with your true north? I assume that means you were in tune with yourself to know that this isn’t how I want to live or be with a person? Because I feel as if so many, particularly our younger people, may not be getting this type of mentorship on relationships. So if you could share?
Christine: I have to say that my family is my true north and now, I call my (now) husband my family too. I realized that it was contrary to my very being because it was a lie. The lie of it being we were so charming in public and he was so lovely then sometimes we’d get home, and he would turn. The true north for me was I couldn’t do the lie. It became ridiculous. I think that’s why, interestingly enough, in this last four years of leadership, it’s not political, it’s just looking at leadership when there are lies, there is an alternate reality that’s happening that did a weird thing to me cause I thought, Wow, that was similar to what I went though. Reality shifting. That you know isn’t true!

Facing Our Fears Of Death:

Sueann: Your dad recently passed away. He had leukemia and what I found extraordinary about this story is he chose to unplug. If that’s the right way to say it. He didn’t want to stay in the hospital. He basically, to me, it sounded like chose to die. And your family is so tight knit from what I can gather, so what do you do when a parent says, I want to die? Because we don’t really want to talk about death.

Christine: No, our culture doesn’t talk about death at all. When in fact death is everything. All the time. I live near a forest and Buddy, my horse and I ride through the forest and everything we see is both burgeoning in life and death. It’s like, we don’t in this culture have an idea that’s larger than the event itself. It’s really interesting how we can’t acknowledge it. It shouldn’t be hidden when death is all around us, all the time, you know? I think you ask how our family handled it? Well, we were aware of my father’s volition, of his clear idea of himself and what he chose. He just felt like it was time to step out, like time to leave the party. Of course we were with him, you know, we saw him to the other side and to do that and to sit with death with your parents, with your friends, to sit with dying people is a way to make you less nervous about dying yourself.

Sueann: Yes, because we avoid it. That’s why we are afraid. So, your father sounds like he had what I would call a good death.

Christine: Yes, he did. That’s a good point. He did.

Sueann: What advice do you have for adult children who can’t let go or let their parents decide?

Christine: Advice is such a funny word. I would invite them to look at their own fears about death and what is the scariest thing that might happen? My father used to say, “but what would happen? What is the worst thing that could happen? Will you die?” Even that, when my father used to say that to us as kids, it sort of made death seem not this final thing, but something else. You know, what is it that you’re afraid of with sitting with someone who’s leaving this planet? My experiences have been so beautiful because I faced that fear.

*Questions and responses edited for length and clarity. 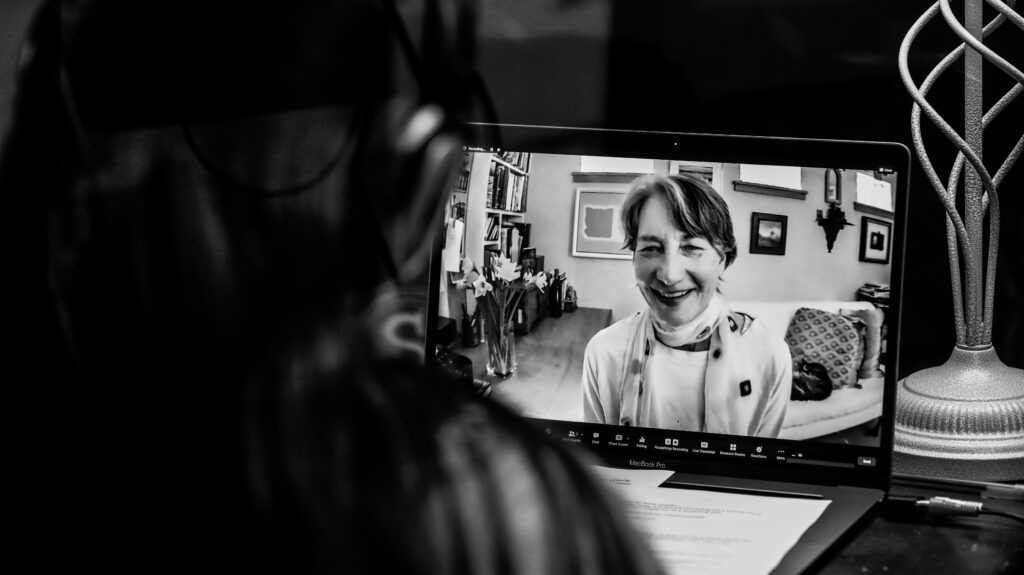 Author Christine Hemp talking virtually with Sueann Ramella for a recording of “Traverse Talks” earlier in 2021.

What Does Peace Mean to You? ‘Traverse Talks’ Episode 25 – With Peace Campaigner Kwabi Amoah-Forson