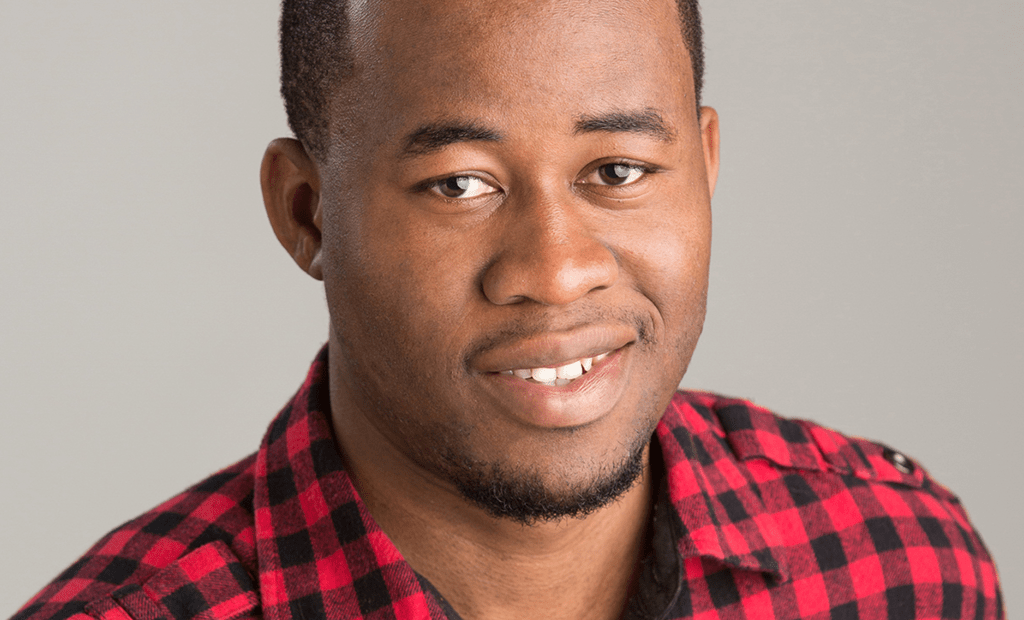 In this episode of Traverse Talks with Sueann Ramella, author Chigozie Obioma talks about how his time in Cyprus for school and growing up in Nigeria shaped his work, the types of racism he has experienced in his travels and the meaning behind his name. Chigozie’s last two books were finalists for the Man Booker prize and translated into 26 languages. He is currently a professor of English and Creative Writing at the University of Nebraska-Lincoln and runs various projects in his home country of Nigeria. Listen to his episode below or stream Traverse Talks with Sueann Ramella wherever you get your podcasts.

Sueann Ramella: In Nigeria, is it often that suitors are rejected by the family because of status? 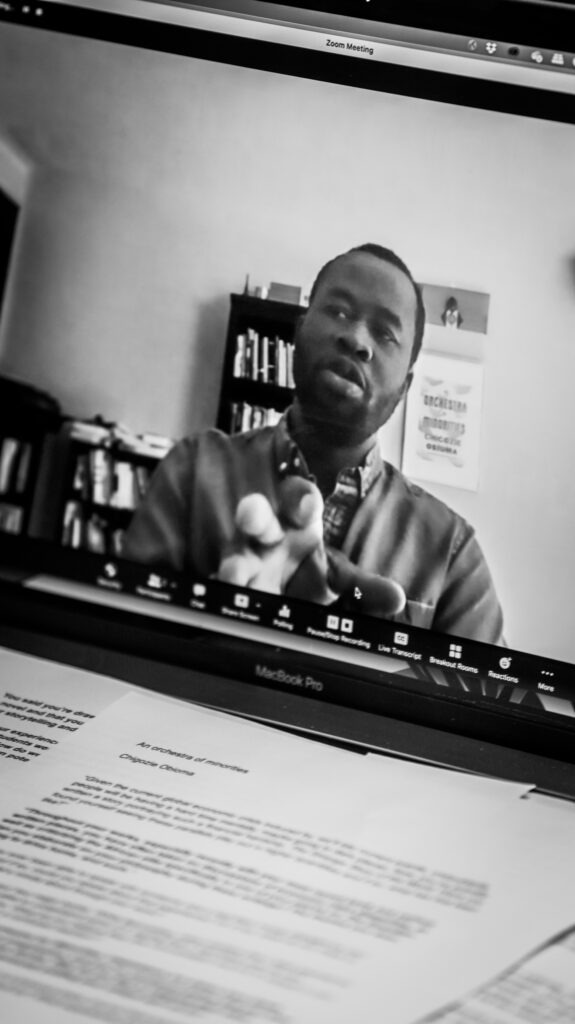 Chigozie Obioma: Yeah. So, we have a ruling class, that’s impenetrable. So upward mobility is a very difficult thing. Sometimes even impossible. People do look down on you if you’re not educated, you are like seen as basically the wretched of the earth, for lack of a better term. So, I would see a kind of parallel of that in the United States. My first experience of America was going to grad school at the University of Michigan, you know, so I volunteered with a few of my cohorts to teach at an inner city school in Detroit. I mean, Detroit is known for being, kind of an indicative city in America. It might not be extreme material lack, but should I say, there is a lack that is much more psychological. People don’t feel like they are where they are supposed to be, or that the country as a whole, has been fair enough to them. So that in itself is a kind of poverty. Then in the rural areas, I mean, not necessarily poor, but rural places, you know, you see white quote-on-quote hillbillies, all over the place. So, these people too are in a class of their own, you know. They are looked down upon, there’s all kinds of assumptions that are made about them as well. So, you do have that kind of class situation in America, but as a whole, [America] is an extraordinarily wealthy country. I think that the Americans do not understand the level of comfort, generally, that you have here.

Sueann: Oh my goodness. Sometimes I feel as if our society just complains about itself so much, it forgets the good things. [Laughs.]

Chigozie: No, absolutely. It’s human nature. Like when [Trump was president] a lot of my colleagues used to be literally sick day by day looking at the news and all that. I mean, I understand he was an embarrassment, but I just could not make sense of how the tweet of the president is what causes this much damage on people’s psyche. I mean, people have problems. I know of families in Nigeria, they end with like $25 a month. You see what I’m saying? What is happening in the White House of Nigeria, they don’t even spend a second thinking about it. They’re thinking, OK, how do we eat? How do we clothe? They are praying every day, Please God, don’t let any of us fall sick because then it’s death, you know? Then you have people who have a good job and have everything that they need, so they have time to worry about how somebody is tweeting, you know?

Chigozie: So there was a disconnect and they’d look at me, “man, this guy is not angry at this thing going on,” and I’m like, Yeah, I’m disappointed that the president of a country like America was behaving the way he’s behaving, you know? But I just could not bring myself to fell that kind of visceral anger and rage that they had.

Ignorance, Can In Fact Be, Bliss:

Sueann: You have a piece that was written in the Paris Review, I believe, about wishing you could unlearn a language. Chigozie, you are very talented in language, like how many do you know, five?

Sueann: It almost seemed like you picked up Turkish quickly, but when you were there in school, it wasn’t exactly a blessing. Can you tell us why?

Chigozie:  It is a very difficult language. Turkish is closer to Farsi and Arabic in a way. So, during one summer, I had made a good friend who wanted me to go to Turkey with him. I met people who had never seen a Black person before. So, they had a lot of misconceptions. So, until I went to Turkey for that two months holiday, I didn’t sometimes know what people were saying about me and my fellow Africans. But after I returned back from Turkey to Cyprus, I just found it was almost like a miracle that I could understand most of what was being said about me and to me. So, at some point it started to really hurt me, you know, and I started to wonder if one can unlearn a language because there was in fact some kind of liberty in ignorance.

A Reincarnating Spirit – The Chi:

Sueann: An Orchestra Of Minorities, the interesting way that it’s narrated, I would like you to talk about how you use this spirit, this Chi, and how important that is in Nigerian culture.

Chigozie: The Chi is the index of divinity in every individual, according to the Igbo cosmology. So, my name, for instance, is prefaced with Chi – Chigozie. The Chi is the central figure in the worldview of the Igbo people. It is a spirit that in sews you and after the death of an individual, the aspiration, the Chi, transcends. It goes onwards. It’s a reincarnating spirit. It never dies. So it often circles around a particular clan or an extended family. It is believed, for instance, that I am the incarnated of one of my mom’s uncles. The Chi that in sewed him is the same one that is within me right now. So at the death of a person the chi gives a kind of an account in the celestial call to…

Sueann: The Big God, the number one.

Chigozie: The Big God and its subordinates. So the story begins in some ways from the end, as the foothold, as a stepping path by which we launch this story. So Chinonso, is the main character, his Chi is at the temple and is telling the story and is telling the story. Therefore, looking back through the life that this guy has lived and how he has arrived to that point at the end of this story, where he is now. 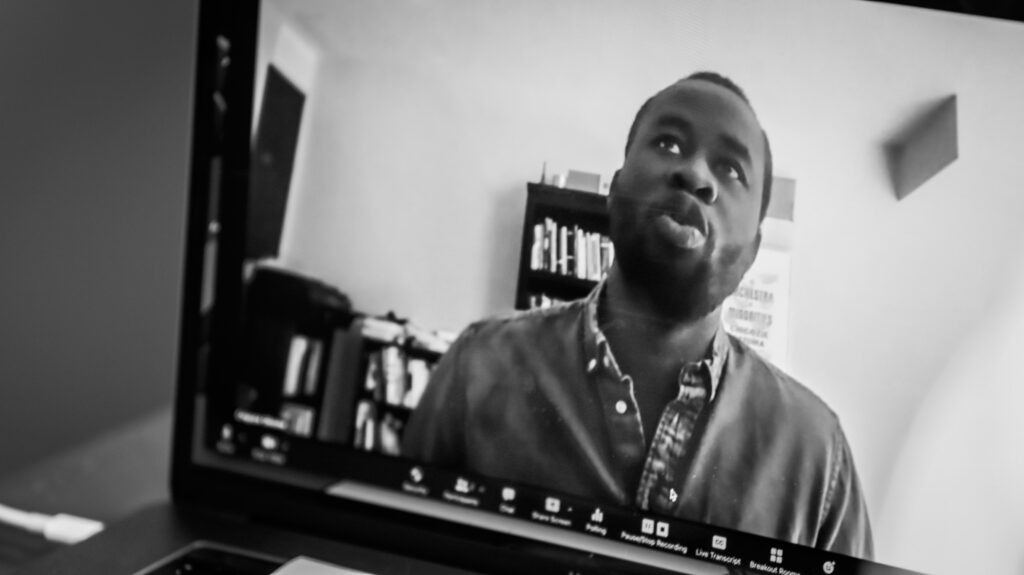 Author of “An Orchestra of Minorities,” Chigozie Obioma chatted virtually with host Sueann Ramella for a recording of “Traverse Talks”