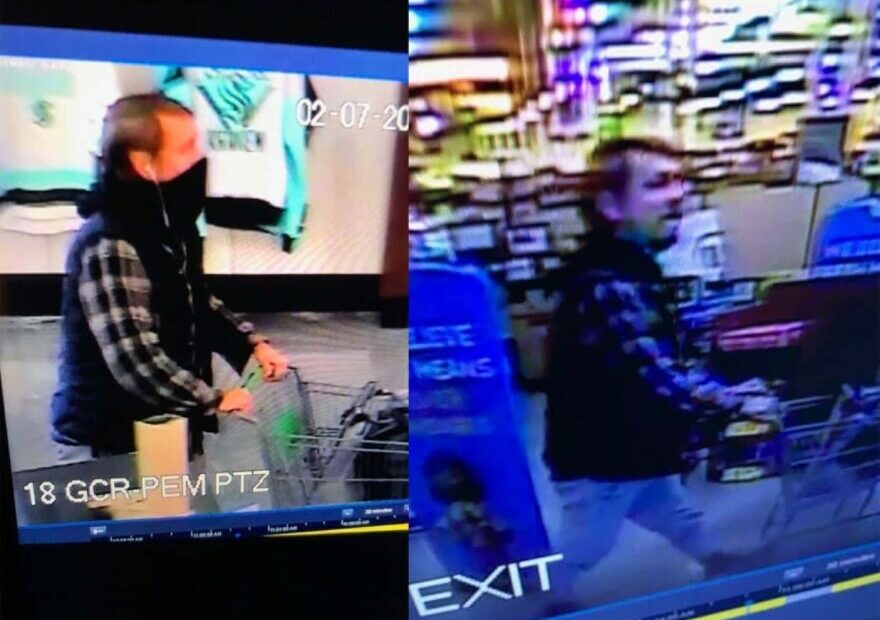 One man died and another man was injured in a shooting at a Fred Meyer grocery store in Richland, Washington. Officers are still searching for the alleged suspect, a former employee of the store.

Police responded to the scene one minute after a 911 call alerted officers to the shooting at 11:03 a.m. 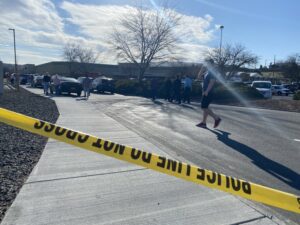 Crime scene tape blocks off the entrance to Richland’s Fred Meyer. One person died and another was injured in a shooting at the store on Feb. 7. CREDIT: Anna King

Richland police commander Chris Lee said the alleged suspect and the man who died had a conversation before the shooting.

Lee said the injured man, an employee at the store, is in surgery at Kadlec Regional Medical Center in Richland. He is in critical condition.

Police are still searching for the man, who Lee said has had contact with law enforcement in the past. Officers are searching the Tri-Cities and are mainly focusing their search in Richland, Lee said.

A helicopter and at least 20 police cars crowded the area, lights flashing during the palpably tense scene.

After the shooting, employees were evacuated to the Goodwill across the street. Many employees sat on the curb and waited until police officers could escort them back to their cars.

The shooting was a shock, said Eric Renner, president of the United Food and Commercial Workers 1439, which represents workers at the store.

“No one should have to worry about their safety when going into a store to get groceries for their family. We stand together with everyone in our community against this violence.” Renner said in a statement.

Five nearby schools and the school district support facilities initially were placed in a precautionary lockdown. Later in the afternoon, children were released as normal from schools. School bus routes ran as scheduled.

The Richland School District loaned two school buses to the Richland fire and police departments to help reunite people after the shooting, according to the district.

Dori Luzzo Gilmour and Courtney Flatt contributed to this report. 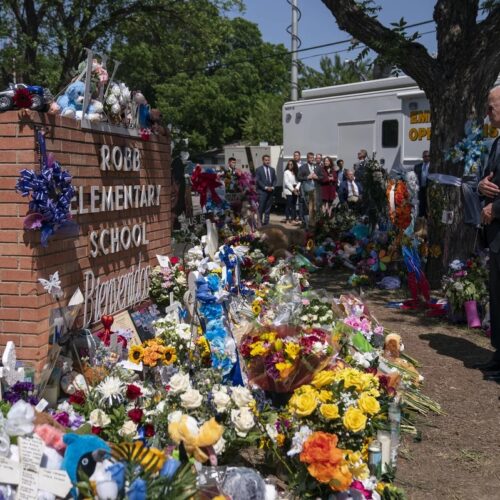 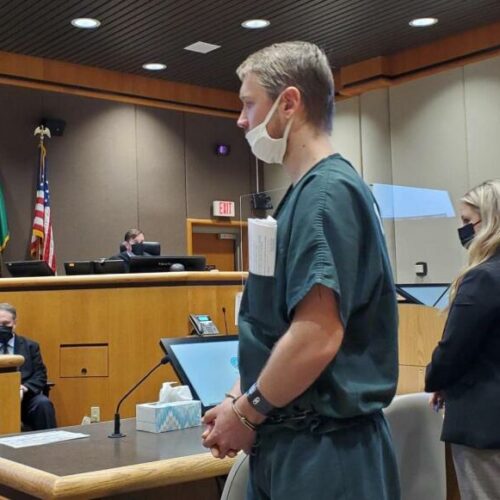