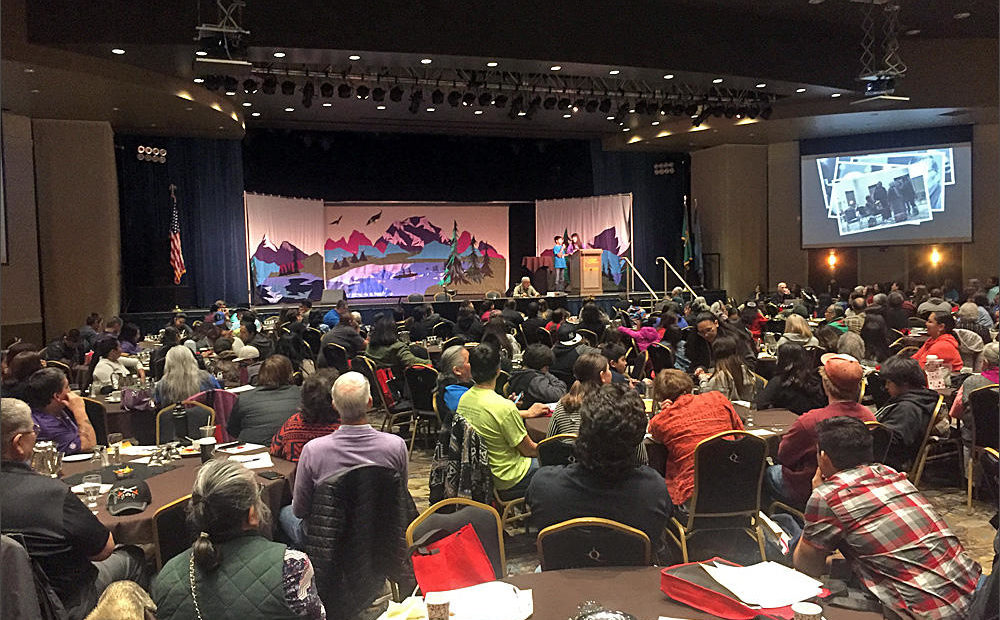 Native speakers from across the Northwest and Canada are in Spokane this week to speak Salish and learn from those who teach it.

The annual Celebrating Salish Conference is the largest tribal gathering of Salish speakers in the world. Nearly 500 people will take part in workshops and language labs and they’ll hear from youth leaders and elders at the three-day conference.

Vance Home Gun teaches elementary school-level writing and reading in Salish in Montana. In 2013, he won a national award for his leadership in preserving and promoting the language.   He gave an opening keynote almost entirely in the Bitterroot dialect.

Then, in English, he asked roughly 50 people under the age of 21 in the crowd to stand.

“You young people that are standing right now, it’s up to you guys to carry on this language,” Home Gun said. “If you don’t do it, nobody else will and your language will die.”

But, the conference isn’t only about keeping the Salish language alive. It’s also about celebrating the people who not only speak the various dialects fluently, but those who teach it both formally and informally.