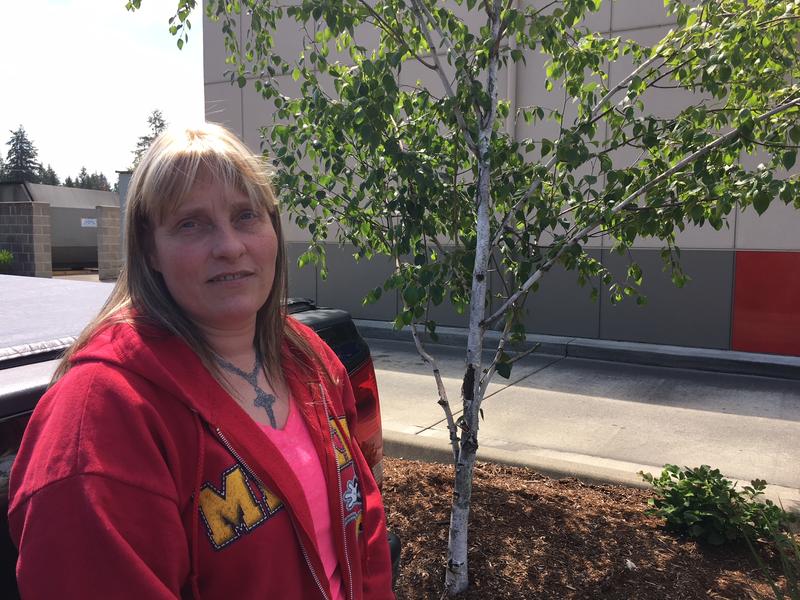 Ex-Wife Of Tumwater Walmart Shooter Says He Was Prone To Drug Use, Paranoia

What caused 44-year-old Tim Day to go on a carjacking and shooting spree on Father’s Day that left one man critically wounded?

His former wife of 13 years said Tuesday that Day had a history of mental illness and was prone to bouts of paranoia—often fueled by using meth.

“I think he thought someone was after him,” Marcy Daarud said in an interview. “I think that he was in fear of his safety, his wellbeing, and I don’t think he realized what he was doing was going to cause him to get killed.”

Day was shot and killed in the parking lot of the Tumwater, Washington Walmart by an armed citizen. That man has not been identified by name, but is described as a pastor and fire lieutenant from Oakville, in Grays Harbor County.

“I don’t judge. He did what he had to do,” Daarud said, adding that she started carrying a concealed pistol to protect herself against Day. She also had a protection order against him because of Day’s history of domestic violence.

Daarud said she met Day after he served time in prison with her brother. She said he was clean and sober then and helped her take care of her horses. He was also good with kids.

“He just was a very nice person, very nice and I think at the time he meant it,” Daarud said.

But after they were married, she said, he started using meth and became abusive towards her.

“He would put his hands over my face, covering my mouth and my nose and, of course, I would try to fight back and he would hold on and I almost would almost pass out,” Daarud said. 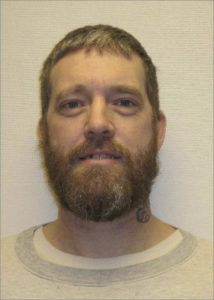 When Day was using meth, Daarud said, he would also sometimes get paranoid.

According to Tumwater police, Day was acting paranoid leading up to the events of Sunday afternoon. That’s when he borrowed a car from a neighbor in McCleary, Washington and drove to Olympia. There, police say, he unsuccessfully tried to carjack a vehicle. Day drove to Tumwater where he crashed and then fired a pistol at several vehicles as he tried to carjack other motorists. Sixteen-year-old Danner Barton described driving up on Day who was standing in the middle of the road.

“I instantly ducked my head and gunned it and he put one shot through my front windshield and it went through the steering wheel and through my thumb as well,” Barton said.

Day eventually did carjack a motorist and drove to the nearby Walmart where he shot up a display case and stole ammunition. Out in the parking lot, police say he tried to carjack another vehicle and shot the driver. That’s when the armed citizen intervened, and shot and killed Day.

Toxicology tests will determine if Day had drugs in his system.

Daarud said in addition to his drug use, Day had been diagnosed with post traumatic stress disorder and bipolar disorder. She said she is numb and in shock at how his life ended in this spasm of violence.

“I tried so hard to tell the courts not to let him out, that he would hurt somebody,” Daarud said tearfully.

The man her former husband shot is in critical condition at Harborview Medical Center in Seattle. His family has said he’s paralyzed from the neck down.

“I just pray that that dad gets to come home,” Daarud said.

Day was prohibited from having guns because of his felony record. But Daarud said when she was married to him he once slept with a pistol under his pillow and took a .22 rifle on a family camping trip.

“He didn’t take being a felon, not [being] allowed to have a gun seriously,” Daarud said.

Records show Day went to prison twice for unlawful possession of a firearm. Police say the revolver Day used on Sunday belonged to a girlfriend.

Daarud said when she was married to Day she had his name tattooed on her neck. After they divorced, she had the tattoo removed. In its place now is a tattoo of a cross on a necklace.

“God … helped me get away from him. He saved me from him,” Daarud said. 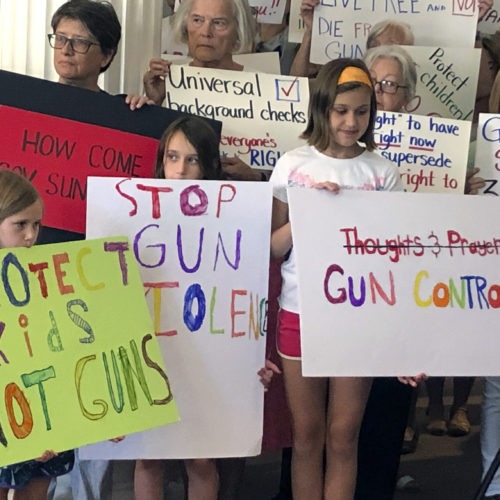