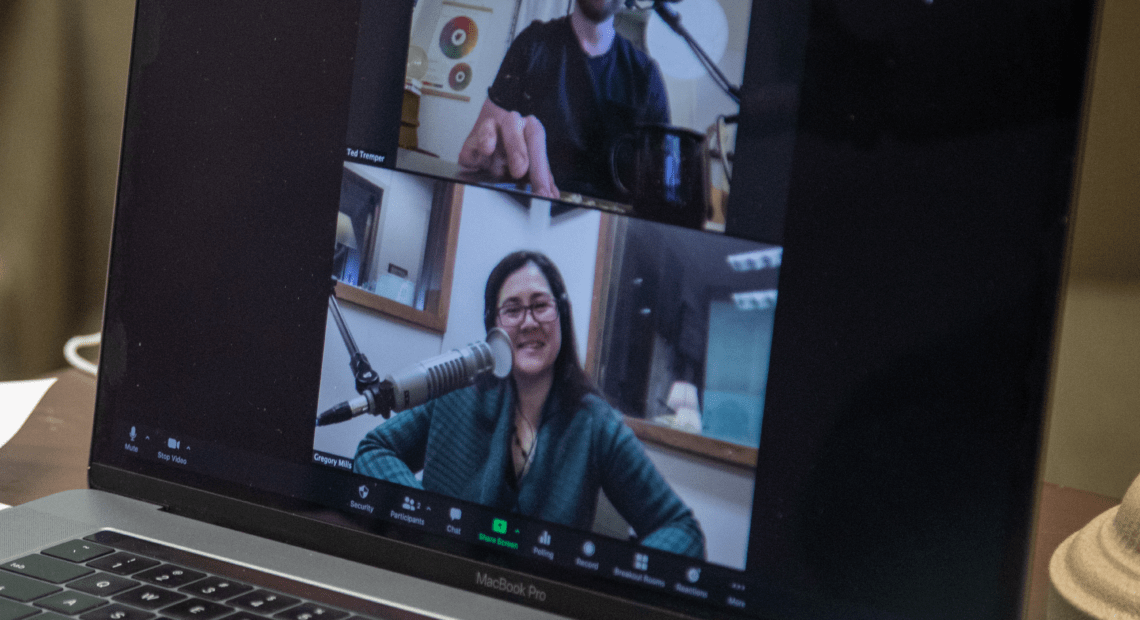 In part two of this episode of Traverse Talks with Sueann Ramella, comedy writer Ted Tremper talks about how jokes impact thoughts and beliefs in an accessible way. He discusses  how he implements rules from his mother and advice from his father in his daily life. (If you missed the first part of this episode, listen to it here as Tremper discuss his upbringing and how he finds joy in the ridiculous.) Tremper has written for The Daily Show with Trevor Noah, I Love You, America with Sarah Silverman, and has written his own episodic comedy called Shrink.

Finding Humor In Anything:

Sueann Ramella: Ted seriously, I know that there’s a point where even humor can’t touch…it seems like it’s inappropriate to touch these things cause they’re so deep and scary, and that people are using them as coping strategies in a way, because it’s too painful for their minds to accept.

Ted Tremper: Well, there’s two things that I would say that, one, I can’t remember the Greek philosopher, but there was a Greek philosopher who said that comedians are the most dangerous people in society because they can change your mind without you realizing it’s been changed.

Ted: The other is the George Orwell quote, every joke is a mini revolution. And I think that where humor can be essential and it dovetails back to what we were talking about with personal tragedy, if you can find humor in anything, that’s a kind of energy that you can use as a propellant. I think that the two most powerful fuels that we produce ourselves are anger and joy. If you can convert anger into energy, you can get a heck of a lot done. And if you can convert joy into energy, you can do a lot effortlessly. You know, I worked with The Daily Show from Trevor Noah’s first day in 2015 until the 2016 political conventions. And what I noticed during that time, and certainly in the fallout after the election was people on the more conservative side and to the farther right, had been really, really upset with turning on their TVs and feeling like they were being attacked and they were being made fun of, and they felt like they’re kind of rejoinder to that was to support somebody who, you know, a lot of their platform was based off of telling them that they were right to hate the media.

Sueann: It made them feel good. I mean, it’s understandable.

Ted: I want to be careful. I think there’s a very reductive way of looking at that where, you know, someone could listen to this and hear two ostensible liberals talking about, you know, the plight of conservative America. But I don’t think of that at all. I think that, I’m in a situation where my perspective is much more about how my hierarchy of needs are met. I am very lucky in so far as, I’m unemployed, but I am on unemployment. I have food in my freezer. I have a girlfriend that I love very much, who loves me. I have a dog, that’s the center of my life. I live in an area where the chances of me being killed in my sleep are relatively low. I know I can pay my bills this month and next month. If you look at research studies of people operating from scarcity mindsets, scarcity is such a powerful tool to get us, to make impulse driven decisions. That if I’m a person who you take away, any of the needs that I have that are currently filled, I would become desperate and any human being would. 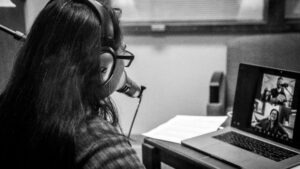 Sueann: You mentioned earlier about failure. I heard you in an interview, talk about how we need to fail more in order to become better creators of our crafts. So, what would you say to people who just, you know, because people look up to the president and he will not acknowledge failure even with this election, but yet that’s how you grow. How do you encourage people to accept failure?

Ted: I think it’s important to delineate between sort of creative failures and personal failure. I came up through the Chicago improv scene and one of the most important lessons in improv is that you should fail bravely. And what that means is taking risks on stage. You know, the Del Close’s metaphor for improv is that you jump out of an airplane and you build your parachute on the way down. So I think that’s extraordinarily important from a creative perspective, because if you’re not taking risks, not only is that going to be boring to your prospective audience members you have, regardless of the medium, it’s going to be boring to you. If you’re not challenging yourself, if you’re not taking risks, if you’re not making the work exciting, then it can become quite boring. And I mean that in every medium creation, cooking, drawing, it truly doesn’t matter what you’re doing. If you’re just doing something you have done before, that’s mass production, that isn’t art or creativity. As it pertains to sort of personal failure, I think that one needs to engage with life in a way that is divorced of fear.

Ted: I don’t mean that one should be foolhardy and make decisions that you know are wrong. It’s something I always used to ask my dad. My dad is such a brilliant and stoic guy that I would ask him basically, how do you know what a good risk to take is? And my dad is very brilliant, in so far as he will never actually gives advice. He will always ask questions that will lead me to a satisfactory answer. He would never claim to sort of use Aristotelian teaching, but he definitely does that. And anytime I ask advice like that, he’ll always just laugh at me and say, you’ll know when you know, or as it pertains to risk, I think the question that you should be asking yourself is will I regret not making this decision? You know, I think that’s a lot of what death teaches you early on.

Ted: I can’t live this life again. Or it doesn’t seem that I can, you know? Will I regret making this decision one year in the future? Five years in the future? 20 years in the future? And I think it’s also important to sort of constantly check the gauge by which you’re making that decision. Because if you find you’re making a lot of decisions that lead to you, sitting at home alone, watching television, instead of asking the person that you’re an enamored with, if you want to have a date or not going to join an intermural softball team, because you’re afraid that you will drop the ball, et cetera, et cetera, always looking at that gauge as well.

Ted: I always feel like I grew up very fast. My mom, so she was basically on the verge of death from when I was eight til 12. And you know, when she got healthy again, her big thing was, I need to teach these kids to be independent, so if this disease comes back and kills me, I’ll know they’re okay. So we learned to do taxes. We learned to cook, we learned to do laundry. We did absolutely everything that we needed to do. The Dalai Lama refers to there’s two kinds of selfishness. There’s wise selfishness and foolish selflessness. Foolish selfishness, you know, is stealing money from people, that kind of stuff. Wise selfishness is basically you are doing good for other people, so that way it will make you feel better or give you peace of mind. So in this case, my mom’s sort of wise selfishness was knowing that at any moment she could die and that she could die a peaceful death, knowing that we would be okay if she knew that we were independent and could take care of ourselves.

Sueann: Oh my goodness. I love your mother. 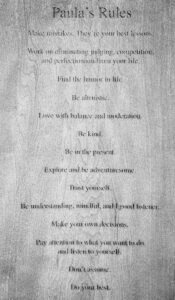 Ted: Oh, she’s…It’s very great. I found an email from her. Her name is Paula, Paula D. Tremper. And it was a thing called Paula’s rules on it. And it was basically like 12 rules for living. And I ended up engraving it onto a piece of wood that we have in our house. And it’s very funny cause I swear to God every time I look at it, I’ll see one there that I swore was not there before, that speaks perfectly to the moment that I’m living in.

Sueann: Oh my goodness. What are some of your rules for living?

Ted: Oh goodness. I think be open to having your mind changed, is very important. I think be fearless in acknowledging when you have made a mistake or when you’re wrong and apologizing. I think be curious at all times, you can’t be curious and closed off at the same time. One of the most important lessons I learned was at WSU, this notion of Mill’s marketplace of ideas, that we’re better as a society if all ideas are welcomed into a marketplace where people are allowed to choose, kind of, what they believe. But I think part of being a good patron of that marketplace is to go there every day with an open mind. Because it’s sort of the notion of ideas as being viruses. Being magnetic. They can infect your mind and they can make you very sick and that’s divorced of ideology. So if you are becoming a friend of yourself and looking at how your mind is affected, by what you’re consuming, you might find yourself angry all the time and not know why. And then if you look at what you’re feeding your mind, Oh, this is all poison. You have your answer right there. 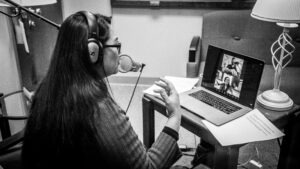